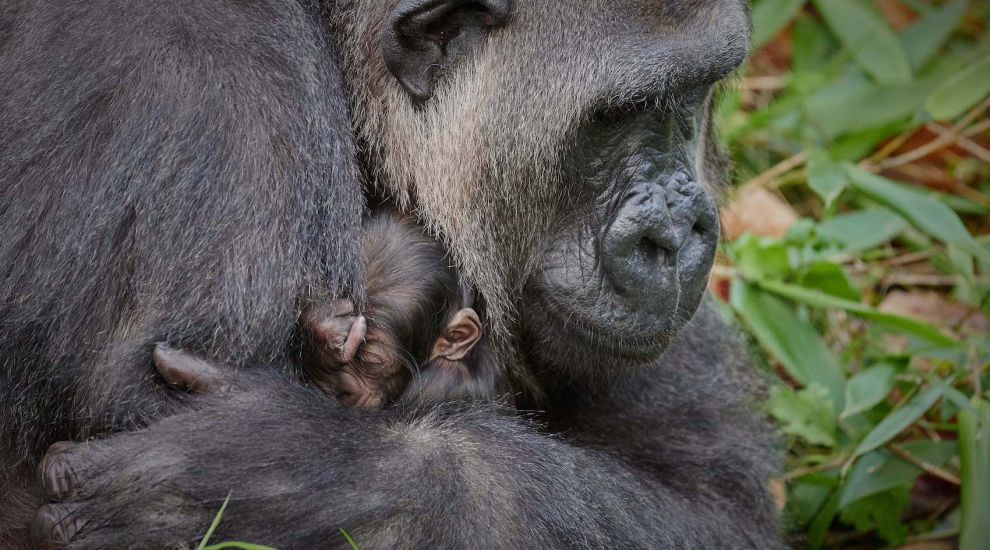 Keepers are sharing their 'kong-gratulations' with 25-year-old Jersey Zoo resident Bahasha after she gave birth to a baby gorilla.

The young western lowland gorilla - whose sex is yet to be determined - joined the Durrell family in the early hours of Friday 15 November, Jersey Zoo announced this afternoon.

Gordon Hunt, Deputy Head of Mammals, said the Durrell team was "thrilled" with the news, particularly given the species' endangered status. 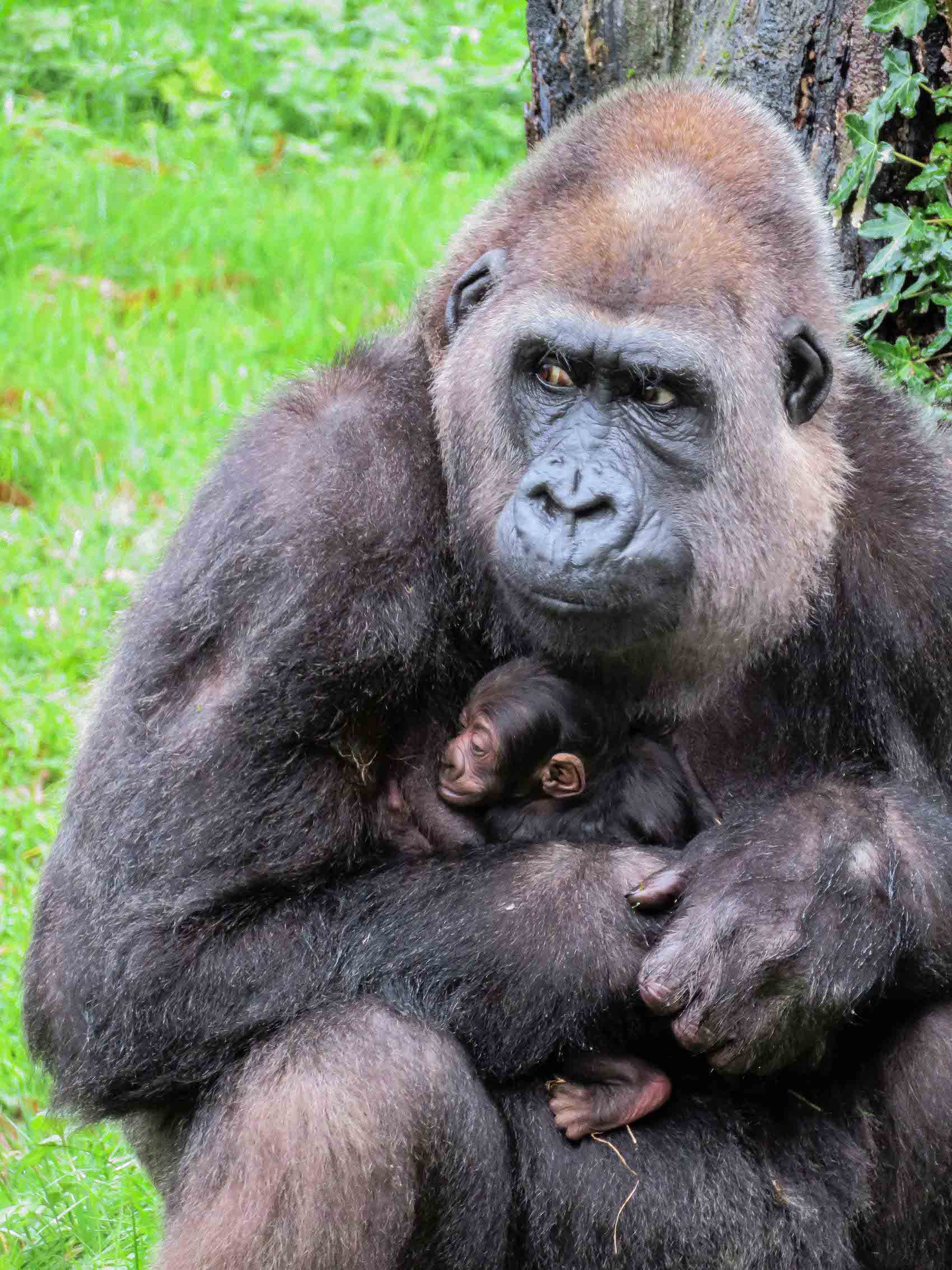 Pictured: Mum and baby are said to be doing well. (Mark Beresford)

"This birth is a great success for Durrell and the western lowland gorilla captive breeding programme. With this species being severely threatened in the wild, every new-born is an important addition to the captive population.

"As with all births, the first few days are crucial, so we are being extremely cautious and have been keeping a close eye on the group. Currently, the gorillas all appear to be settled, and dad Badongo has been protectively watching over Bahasha and their new baby."

As Bahasha gets used to life as a new mum, Jersey Zoo has said it will be affording her some much-needed privacy, which could result in some disruption to daily gorilla keeper talks.

The gorilla indoor area will also be closed for certain periods during the day as mum and baby get better acquainted.

The news marks an unexpected and happy round-off to a 'wild' year for the conservation charity, which has been celebrating its 60th anniversary.

The celebrations included a public art trail featuring 40 life-size gorilla sculptures, which were auctioned off earlier this month, raising over £1million in the process.

The funds generated will go towards a new enclosure for the gorillas.

Could you offer a cat patio?