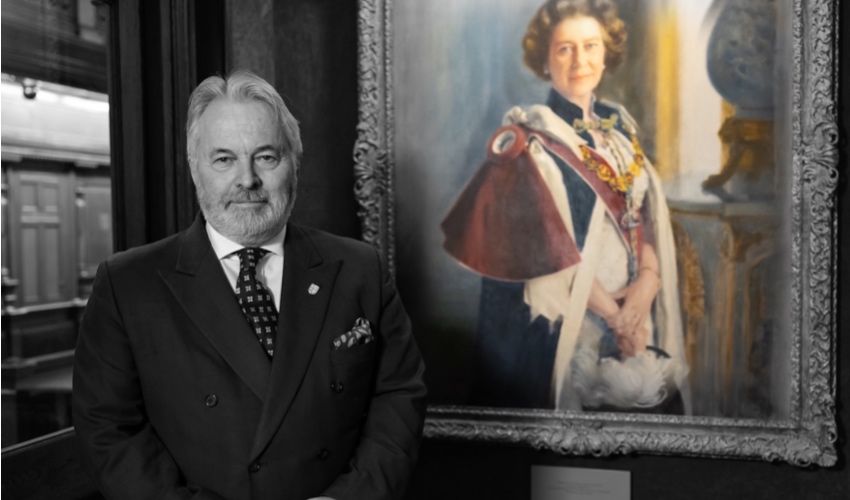 Islanders should respond to the death of the Monarch in a way that seems right to them, the Bailiff had said, as some events are paused while others continue.

The Bailiff, Sir Timothy Le Cocq, who is also Acting Lieutenant-Governor, said that the only thing being asked is that people pay their respects with a minute’s silence before events begin.

"We will not be cancelling any events"

This morning, Sir Timothy said: “There are a number of official things that will occur: there will be a sitting of the States and the Proclamation which follows that in a day or so’s time, and there will be the Funeral. These will be the official milestones of this period.

“But I think people will respond to it very much in the way that seems right to them. The generally received thinking is that we will not be cancelling any events, unless it is wholly inappropriate to go ahead.” 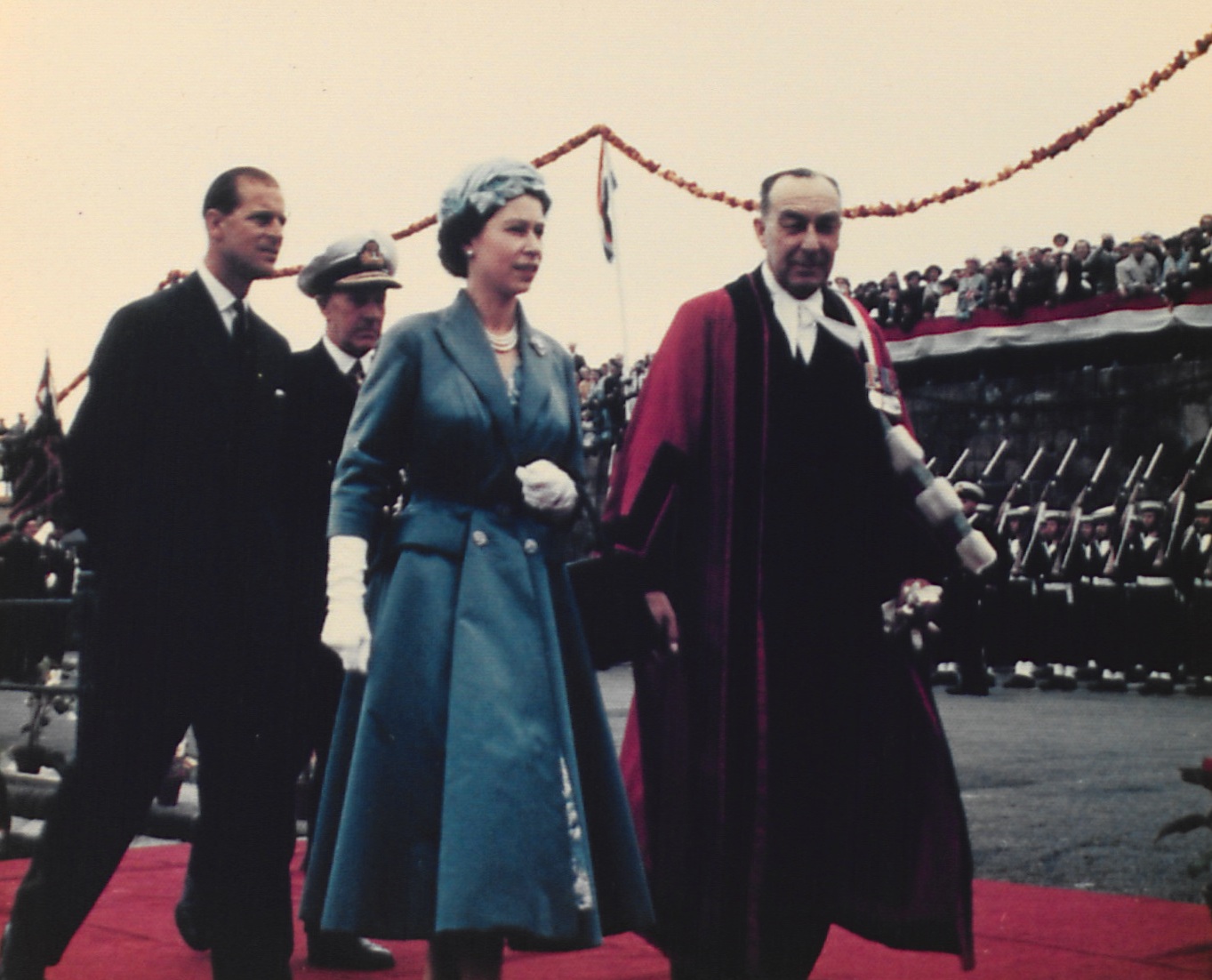 Pictured: The Queen making her first visit to the island as Monarch in 1957, with the Bailiff, Sir Alexander Coutanche. (Jersey Heritage)

He added: “But it may be that people feel as though they should cancel or change the format of some of the events they had planned to show respect for her late Majesty and deference to the process of grieving that many are going through.

“The only thing we are asking is that anything that goes ahead does so with due respect for the fact that the island and the broader nation is in a period of mourning, and that there is a minute’s silence kept at each event to mark recognition for her late Majesty."

"I don't think we should underestimate... the real sense of uncertainty borne out of sadness"

Sir Timothy continued: “She was a lady who was held in enormous affection and respect, and I don’t think we should underestimate, whether it is felt immediately or in the days and weeks to come, the real sense of uncertainty borne out of sadness and personal sense of loss that many people will feel.”

The Bailiff also reflected on his own, albeit brief, encounters with Queen Elizabeth II.

“I have not met Her Majesty other than on one extremely brief occasion when I was Attorney General. There was a reception at Buckingham Palace to celebrate Magna Carta, and the Attorney Generals and others related to the law at the time were in a large conference in the Queen Elizabeth Hall," he recalled.

A surprising but "pleasant" encounter that left Bailiff "shaking"

"We were all invited to Buckingham Palace - we didn’t realise we were invited to meet anybody; we thought it was just a drinks reception in one of the long rooms there.

“But when we were there, the doors opened and Her Majesty and the Duke of Edinburgh were standing side by side and we were all lined up and presented.

“I shook her hand and she asked me where I came from, so I explained. There was a very brief exchange with her and the Duke of Edinburgh after that. I then walked into the next room and I think my hand was shaking.

“The reason for that is that I hadn’t expected to speak to the Queen and there was a huge sense of occasion. That was particularly pleasant. She was a very diminutive lady, she seemed to me, but just a real presence."

A sense of "huge warmth"

He added: “The only other time, and it was not that I met her, was when she visited Jersey in 2005 for the 60th anniversary of the Liberation. I was there with my late father, who was part of Force 135, so it was important for him to come down.

“The sense I got was the huge warmth that she treated people with, that she had for islanders, and that clearly was reciprocated. Clearly, there was a significant warmth back.

“My sense is that that warmth was not only a function of her visit in 2005 but a hallmark of all of her visits to us.”

A new King with a "very keen sense of humour"

The Bailiff said he had also met King Charles III when, as the Prince of Wales, he visited Jersey with his wife Camilla, now Queen Consort, in 2012.

“He too was a very warm character with a very keen sense of humour,” he said.

Sir Timothy said that he did not feel as though there would be a significant change in the island’s relationship with the Crown.

“Clearly, the Queen’s death marks change, which is inevitable because no Monarch lasts forever, and the Monarch has changed many times over the 800 years or so of Jersey’s connection with the Crown.

"So, I don’t see it as a change in the relationship,, but it will definitely be a change in the more profound sense, because the late Queen was our Monarch for 70 years.

“We would, of course, be delighted if His Majesty visited us. I appreciate that he will have an enormous amount on his plate in the early years but as his late mother visited us six times in her long reign, we would very much hope he will visit us, as King, in the years to come.”

You can follow live event updates throughout the day here.

◆ LIVE: Tributes and what happens next as Islands mourn loss of Queen

Tributes paid across the Islands to HM Queen Elizabeth II

Jersey community gives thanks to a cherished monarch

Queen was "steadfast and dependable in a fast-changing world"

No parade at Pride as "mark of respect"

What are the rules for flying flags after the Queen's death?