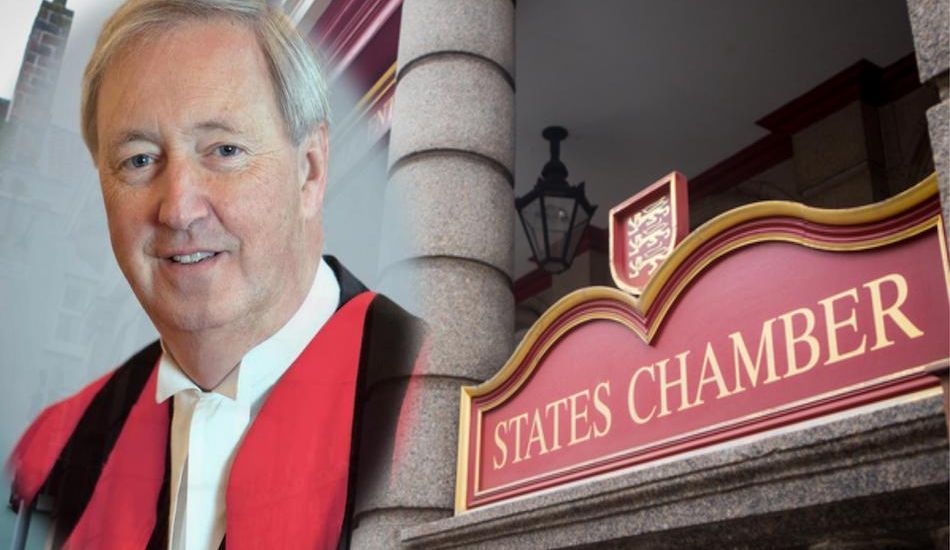 States Members have voted to put a halt to further discussions about the Bailiff's role - after deciding yesterday that the public should decide his fate.

Senator Sam Mézec, who was bringing forward proposals for an 'elected speaker' similar to the UK's system in place of the Bailiff presiding over the Assembly, withdrew his proposals.

It came after politicians voted yesterday that, if his proposals were agreed, the public should vote on them before they become a reality.

Senator Mézec, however, said that if a decision was made today then there would be no chance to consider the "compromise" option that the Chief Minister, Senator John Le Fondré, suggested this week.

States Members agreed with Senator Mézec that his plans should be withdrawn by 35 votes.

The #StatesAssembly has voted to ADOPT the request from Senator Sam Mézec to withdraw his proposal on the #Bailiff. RESULT: 35 FOR vs. 3 AGAINST

Senator Le Fondré's compromise involves keeping the Bailiff, but allowing a speaker to preside if he isn't available.

The matter of the Bailiff's controversial dual role as part of the island's judiciary and legislature - areas which are usually kept apart in other jurisdictions - won't come up again until June when the Chief Minister will try and gain support for his idea.

Day 4 in the States today. This is the day where Sam Mezec withdraws his proposal on replacing the Bailiff as speaker of the States, thereby rendering useless 3 hours of painfully tedious debate yesterday.

Posted by Dave Lelievre on May 3rd, 2019
And the chuckle brothers will carry on running the island.
To place a comment please login Login »