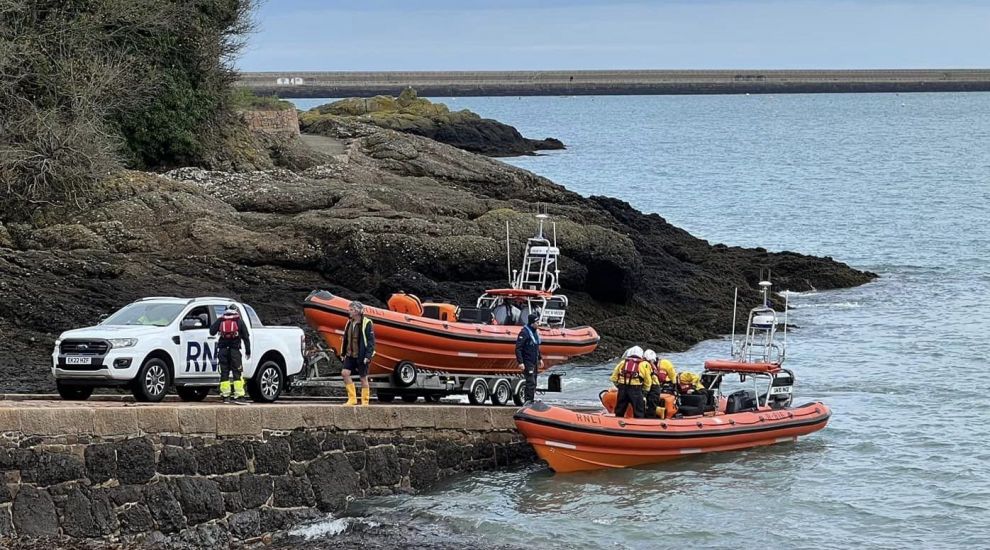 A "beloved" RNLI lifeboat which retired yesterday after 15 years' service has been called back out to sea again after another rescue craft suffered a mechanical fault.

After welcoming a new inshore lifeboat, the Spirit of St. Helier, into the harbour yesterday, the RNLI announced that the David Page had "reached the end of her working life in Jersey".

Paying tribute to the vessel, the charity noted its involvement in numerous rescues, including "a fisherman on the rocks near Noirmont, a diver who became separated from his boat, two rowers capsized in St. Aubin's Bay and, most recently, two pilots who had to ditch their aircraft off the south east coast half way to France."

"These rescues, plus countless others assisting people in and around Jersey waters, and literally thousands of hours of training make David Page a very special boat," they added.

"She will be remembered fondly and never forgotten."

But it wasn't to be a restful retirement for the David Page.

Little more than 24 hours later, the RNLI posted that she would be "with us for a little while longer!"

"Just before the St. Catherine's inshore lifeboat, Eric W Wilson, was due to be launched on exercise last night, a mechanical failure was spotted on one of the outboard engines," the sea rescue charity explained.

"As this failure was going to require an engine replacement, and we now had a spare inshore lifeboat on the Island, the decision was made to put David Page on station at St Catherine's and the Eric W Wilson will return to the inshore lifeboat centre.

"This ensures we can maintain full life saving cover of the island.

"The St. Catherine's lifeboat was due for a refit shortly so this process will likely be completed a bit earlier than expected."