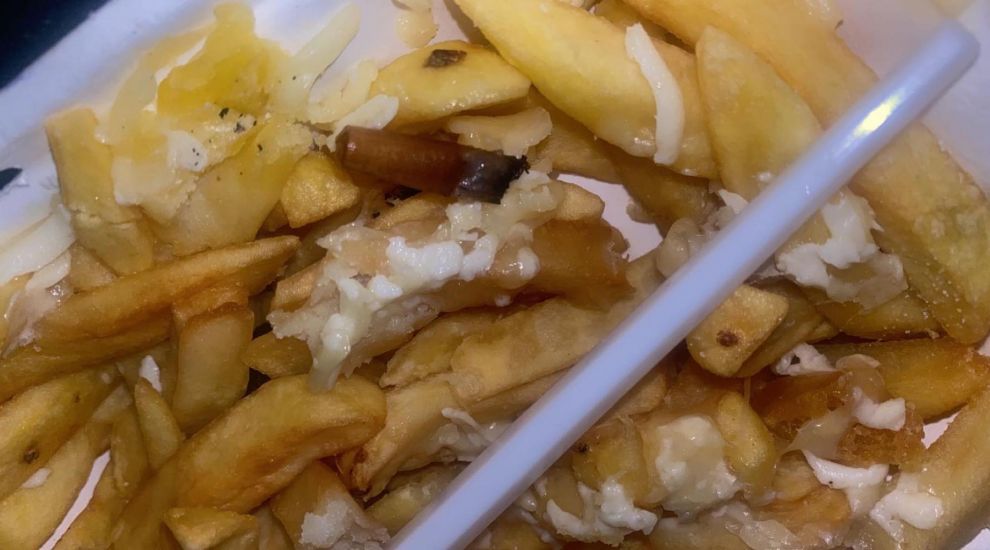 A woman got more than she bargained for when she ordered some chips from Big J's, which were served with an unexpected extra topping.

Alicia Warren posted a photo on the infamous local Facebook group, 'Good or Bad Jersey Business', claiming that she had been served a fried cigarette as part of her portion of cheesy chips.

Alicia explained: "Me and my friends bought the chips on the 28 October, and were eating them when we found the rollie. We went to complain the same day, but the staff members working at Big J's said that they didn’t smoke rollies and showed us a pack of straights." 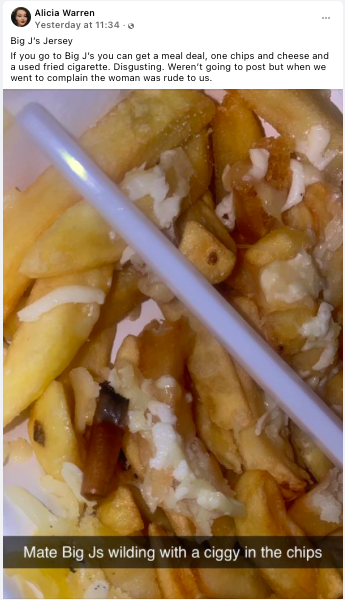 She said: "The staff proceeded to accuse us of putting the rollie in the chips when it had clearly been fried; the cigarette was orange-brown!

"They were also rude and spoke in Portuguese to my Portuguese friend saying: 'If it was me, I wouldn’t have given you a fresh set of chips’. So we made a complaint."

She added: "If the staff were polite then I wouldn’t have posted the image, however they were incredibly rude and disrespectful."

However, Alicia confirmed that the owner of Big J's has since been in contact and has reimbursed her. He also informed her that he was going to have an investigation.

Owner, Mark Cilliers said that he had spoken in depth with Alicia after the incident and understood that she felt upset.

He explained that, as the chips in question were served over a month ago, there was no possibility of tracking down the batch that they came from as "thousands of chips have been served between then and now!" 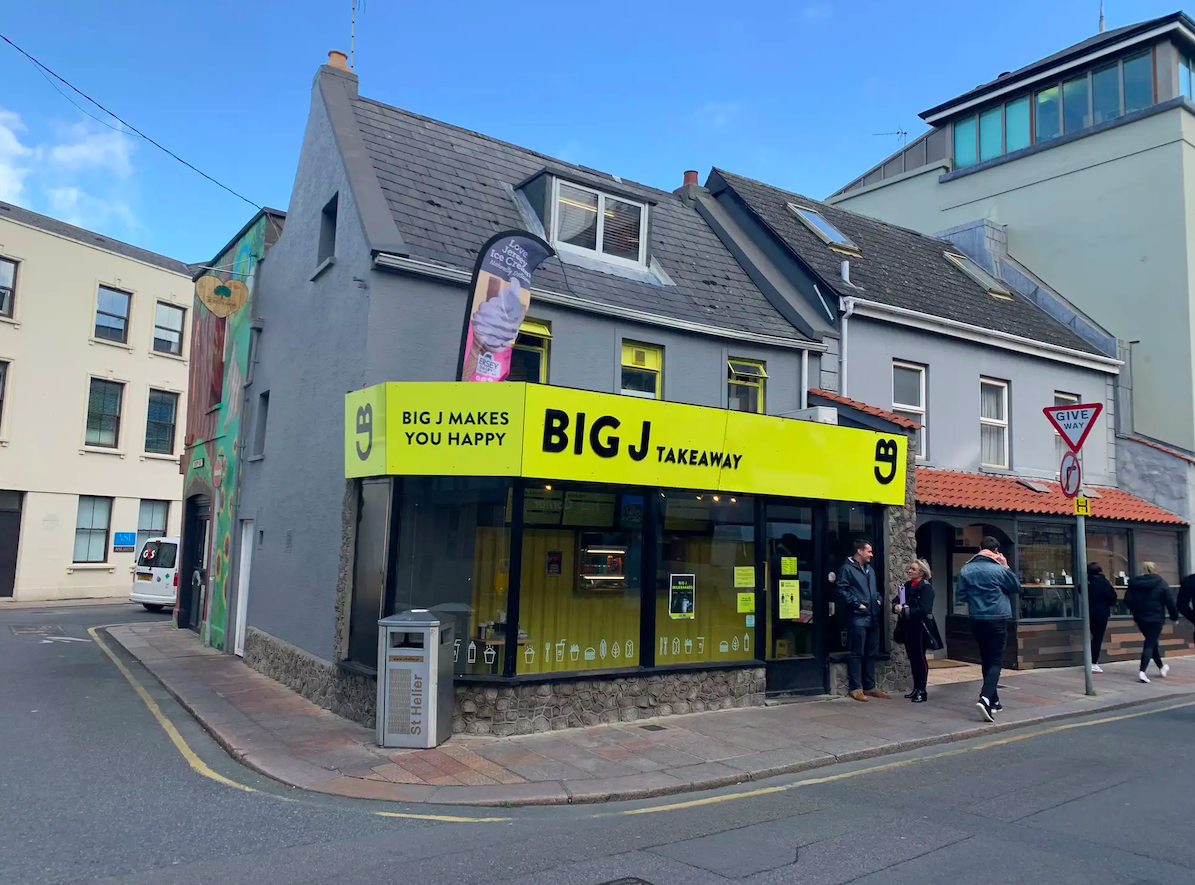 However, he agreed that the staff "didn't hand the situation well" and confirmed that "reminders and re-training will be given to staff about customer service and handling complaints."

Mr Cilliers expressed his confusion as to how the rolled-up cigarette had ended up in the chips, as none of the staff members working at Big J's smoked them. He added that the chips arrive pre-packaged from manufacturers in the UK who are "sterile" and "hypersensitive" when it comes to hygiene measures.

The owner re-iterated that Big J's Takeaway maintains a four star Eat Safe Rating which was last updated in July this year.

Dozens prepare to get hooked for charity