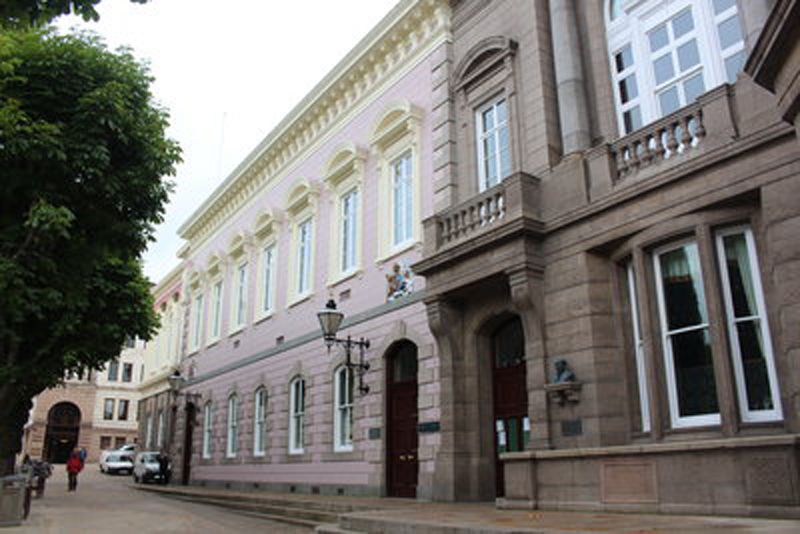 A 38-year-old man escaped a jail sentence yesterday after the court agreed he was suffering from a bi-polar disorder while harassing an elderly couple.

Instead, Robert Ingram Moon was given a nine-month probation order, a mental health treatment order and a one-year restraining order.

Moon was told by Commissioner Sir Michael Birt that he would have faced an immediate custodial sentence had it not been for his mental illness.

The Royal Court heard Moon started a campaign of harassment towards Annette De Gruchy and her husband over his belief that he had rights to a parcel of land on Poonah Road.

Crown Advocate Chris Baglin said Moon started his campaign after the De Gruchys bought two parking spaces in Poonah Road, with the intention of renting them out.

Advocate Baglin said: “Moon has no rights whatsoever on the parking spaces but does own a property in Poonah Road.

“Moon had previously managed the parking spaces bought by the De Gruchys and ownership has been subject to some historical dispute.”

Soon after placing an advert for the parking spaces, Moon began his campaign and made numerous phone calls to the couple, littered with foul-mouthed abuse and threatening language.

Advocate Baglin said: “In December, Moon blocked the De Gruchy’s car parking spaces with a chain and then a gate. The De Gruchys attended the car park together with the police and Moon was present. He smirked and intimidated Mrs De Gruchy and she was furious and upset by his actions.

“On December 6th Moon had a pile of wood chippings dumped on the De Gruchy’s car parking spaces.

“It is accepted by the Crown that Moon was starting to suffer a manic episode due to his bi-polar disorder. The De Gruchys were entirely unaware of that fact.”

The court heard Moon had three previous convictions for 18 offences and was convicted most recently in 2011 for assault and damage to a property in Australia.

Because of his mental illness, the Crown did not seek a custodial sentence.

Defending Advocate Lauren Glynn said experts had confirmed Moon was suffering from a “significant manic episode” at the time of the harassment as he suffers from type one bi-polar disorder.

Advocate Glynn described it as “the worst level of the illness.”

In sentencing, Commissioner Birt said: “What you did caused distress and upset to the victims through your harassment and we hope you appreciate that.

“You began a campaign of harassment including numerous abusive and intimidating telephone calls.

“If not for your mental health condition we would, without hesitation, have sent you to prison.

“Harassment can cause immense distress on their victims and damage their lives. The victims need to feel that they have our support.

“We think the Magistrate’s Courts, who deal with the majority of these types of cases, should think very carefully before imposing non-custodial sentences for harassment, but in these circumstances we feel we can proceed with a non-custodial sentence because of your mental illness at the time.”