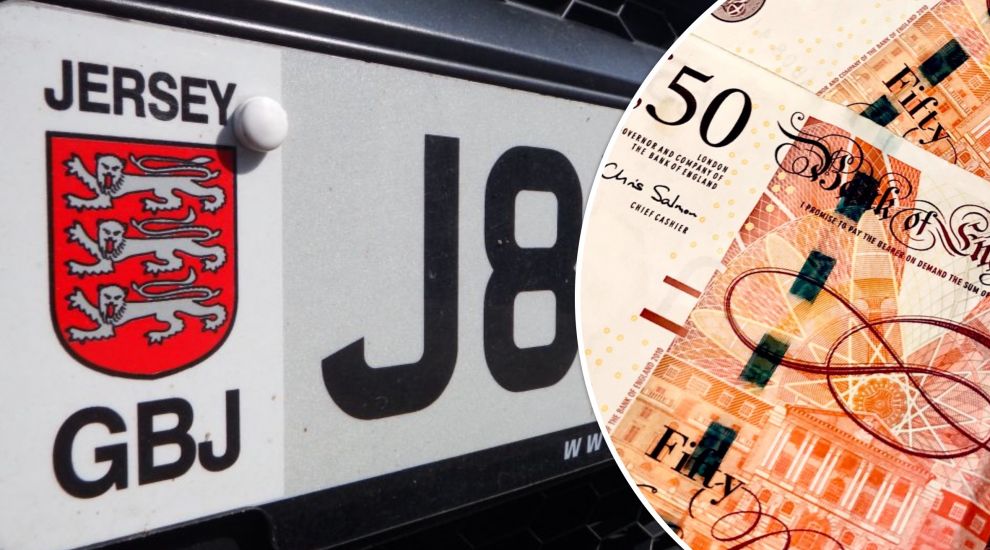 An auction of special and interesting registration numbers has generated nearly £270,000 for DVS, with ‘JSY95’ the most sought-after.

‘JSY104’ was next, reaping £11,400 for Driver and Vehicle Standards when it went under the hammer.

More than 50 were auctioned at Glencoe in St. Lawrence on Saturday 10 July, with bidders taking part both in person and online.

“The auction this weekend again proved very popular in this niche market, raising a significant amount for the department,” Gordon Forrest, Head of DVS, said.

“Surplus funds raised from the auction will help pay for important Infrastructure projects and Road safety initiatives. I would like to thank everyone involved for ensuring that the event ran smoothly.”

Posted by Scott Mills on Jul 12th, 2021
JCLOWNS, would be more appropriate
Posted by Lesley Ricketts on Jul 13th, 2021
Gross that people would spend that much money on a showy number plate when there are others struggling to pay rent and put food on the table to feed their children. What has become of this Island!
Posted by Paul Troalic on Jul 13th, 2021
Sorry but I can't comprehend this at all. As if buying big pompous cars that take up more than half the road, now we have silly money being paid for showy number plates. It really is gross. We are all trying to live with Covid a life threatening disease and people are more concerned with a number plate for their car. Meanwhile someone's wife or father is dying. We have imported this horrible greed into Jersey and now there is nothing that will stop it.
Posted by IanSmith97 on Jul 13th, 2021
Fools and their money are easy parted
Posted by Louise Adams on Jul 13th, 2021
Given that the proceeds from these sales go to the public purse, islanders should be glad people pay large amounts for these number plates. What short sighted comments.
Posted by Michael Blampied on Jul 13th, 2021
Some truly mind boggling comments on here. I must have missed the introduction of island legislation that prohibits individuals from spending their own money as they choose - subject to legality of course. Those seeking a society that claims to promote an equal distribution of wealth might wish to consider relocating to Pyongyang or Havana - communism is still thriving there by all accounts but I'm not so sure their citizens are. And where does this blanket criticism of the wealthy stop? Is there some form of sliding scale between what is deemed an acceptable level of spending and what is not not? At what point is the price of jewellery gross? Or a holiday? Or a nice bottle of wine? Or a painting/poster to hang on a wall? And how on earth would spending my money (for which incidentally I have worked hard for over forty years) on any of the aforementioned (including if I so desired a number plate) impact on someone's parents dying? My parents passed away years since from heart disease and cancer but I can safely say that I have never attributed their passing to anyone's lavish spending. And in case anyone is wondering my number plate came with the car and has a random six digits. I confess to being fond of my car but I have never described it as pompous.
Posted by nigel pearce on Jul 13th, 2021
Why would anyone want a UK style numberplate instead of a Jersey one?
To place a comment please login Login »