Boat owners' satisfaction with marina facilities on the rise 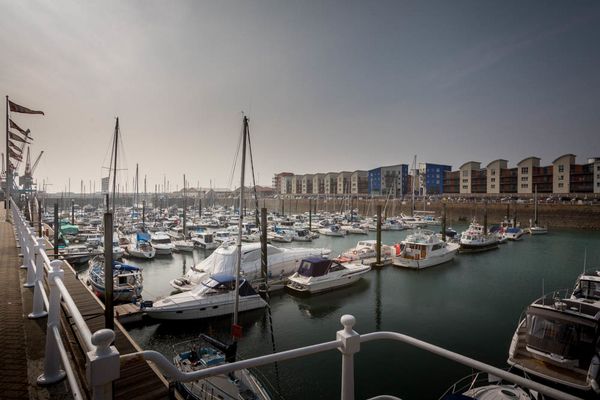 Boat owners' satisfaction with marina facilities on the rise

More local boat owners say they are satisfied with marina facilities in the Island as their overall satisfaction has gone up by 10% since last year, reaching 90%, according to a survey commissioned by Jersey Marinas.

61% of the respondents said the most positive aspect of the services and facilities provided was the staff, with comments praising their friendliness as well as their helpfulness.

The survey was focused on customer satisfaction regarding the cleanliness of facilities, the level of services provided, the maintenance as well as the opening hours of the Marina Leisure Centre and the staff helpfulness. The results were collected in four areas and showed very good rankings with 76% of satisfaction for the centre, 86% for the maintenance and 84% for the cleanliness. 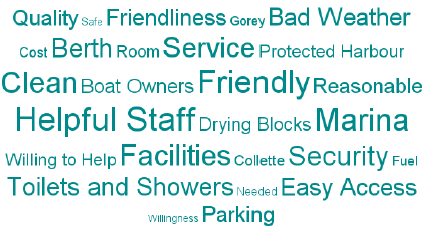 Pictured: This word cloud shows the words that were used the most in the survey.

Only the services, which included, trolley, recycling sites, parking, launderette, wi-fi access and access to holding pontoons, got a lower score with 54%. 42% of respondents said they use the drying berths while the pump-out and gardiennage services are only used by 11% and 7% of boat owners.

Facilities were cited as the main area to be improved in the marinas. New and larger pontoons and better Wi-Fi access were the most frequent suggestions. Improved electricity and water supply locations, installation of lifts and more frequent dredging of the harbours were also mentioned in some surveys. Further suggestions focused on improving the busy visitor berthing situation, an area that Jersey Marinas says they aware of and already working to improve.

Pictured: Visitors made suggestions about what could enhance the services offered by Jersey Marinas.

Only 9% of the respondents felt that security was Jersey Marinas strongest point. Some of them suggested the installation of webcams in the marina so that owners can monitor their boats.

Mike Tait, Group Leisure Manager for Ports of Jersey with specific responsibility for Jersey Marinas, said he was pleased with the overall number of responses submitted. "Without a doubt this online survey has proved to be an effective way of communicating with our customers and gauging their opinion as to the facilities and services provided by Jersey Marinas".

"While the overall results are positive, the purpose of the survey is not merely an opportunity to pat ourselves on the back for the positive remarks but equally to read and reflect on all suggestions and views, some of which are not always complimentary. There are still some issues we need to address and take the appropriate action to remedy, including parking availability, animals accessing the pontoons as well as ease of wi-fi connectivity."

A question regarding the restrictions around dogs in the Marina drew a large split of opinion. A majority of respondents, 57% said they were in favour of dogs being allowed in the marina but that there should be restrictions in place. 41% of boat owners said they were opposed to dogs being allowed around the marinas, citing dog mess and noise as the main reasons. One respondent wrote: "Never will all dog owners act responsibly, a blanket ban prevents any issues arising albeit maybe an inconvenience to the responsible dog owner."

The survey results, which were based on 355 replies, also gave indications on the demographics of boat owners. 97% of them are male with nearly two thirds of them over the age of 55.