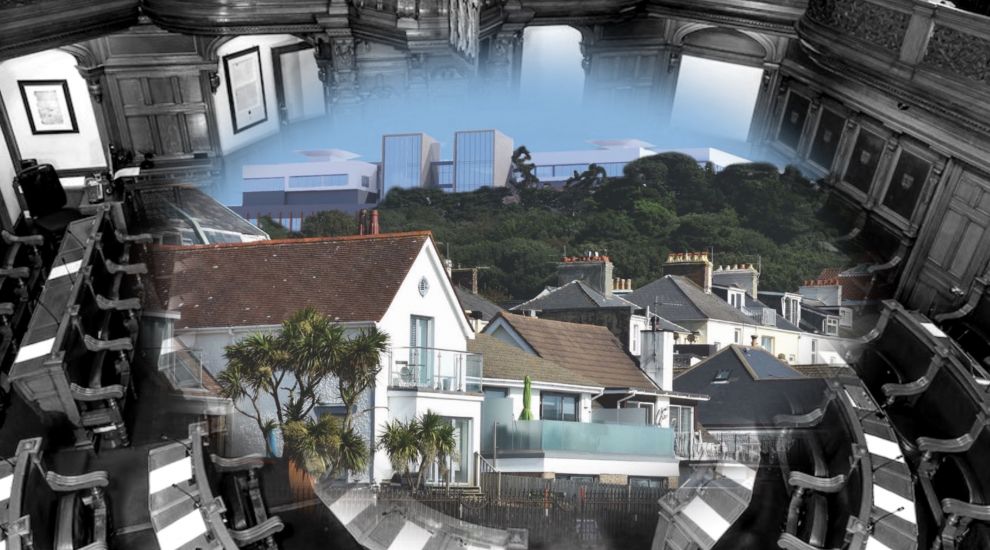 A bid to limit spending on a new hospital at Overdale to £550m has failed by two votes.

States Members voted 26 against, and 22 in favour.

It sets the island on track to take on more than one billion of debt – that is, if States Members give their backing to the Government’s plan to borrow £800m.

The main debate has now opened and is underway, with a vote due to be held afterwards.

After taking on board the views of their own team of construction consultants, the Future Hospital Review Panel – a group of politicians tasked with analysing the Government’s plan to fund what will be the island’s largest ever capital project – concluded that the Government’s proposed £804.5m budget is too high and this should be reduced by 31%.

Consequently, they tried to cut the overall project budget to £550m and reduce the amount of borrowing to £400m.

Ministers and other backers of the project argued, however, that cutting the project budget so significantly would effectively cancel it.

The Chief Minister said the Government was on track to apply for planning permission by 15 November, and said that six weeks would not be enough time to redraw plans for a smaller building.

Echoed by his supporters, he also argued that the Government should make the most of historic low interest rates, and that not touching the Rainy Day Fund would enable

Members of the Panel, however, said that Government’s calculations didn’t add up. They argued that, according to their own calculations, the project laid out should be achievable.

They also complained that the Government hadn’t been clear enough about how it would spend the £800m.

It was argued, therefore, that the Government should therefore try to work with the £550m budget, and come back to the Assembly for approval if it turns out they need more.

Follow Express for updates and a full breakdown of how States Members voted...

Posted by Private Individual on Oct 11th, 2021
I totally disagree.

They have effectively kicked the can down the road for someone else to pay later on in 40 years' time.

This is bad fiscal management at the highest level.
To place a comment please login Login »