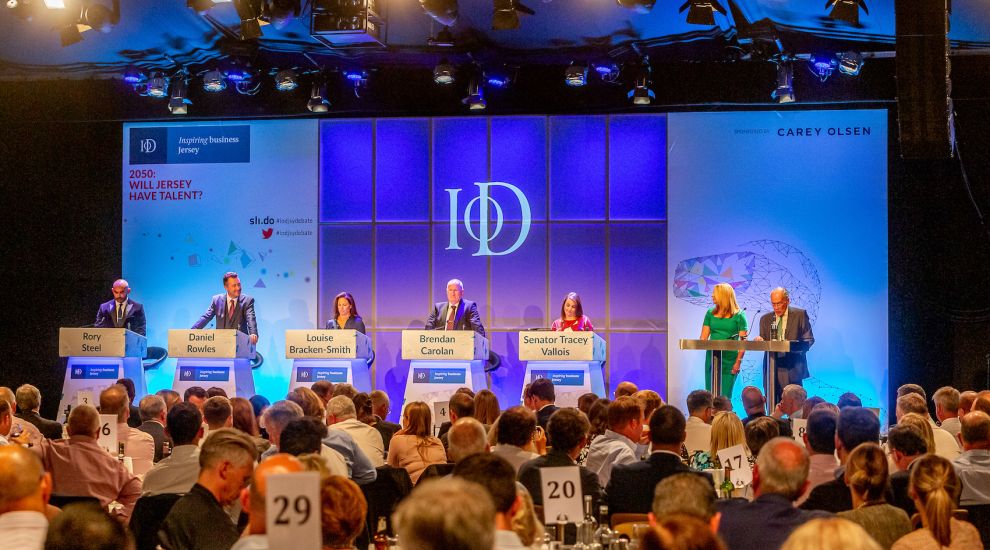 Subjects such as Media, Music and Business Studies should be dropped by schools in favour of new areas of learning, according to Jersey’s business leaders.

The finding came in a poll of 247 audience members at last week's IoD Debate – an annual event that brings together the island’s top corporate and political minds to discuss issues facing Jersey.

This year’s theme was ‘2050: Will Jersey Have Talent?’, which aimed to assess how the island will be able to rise to the challenges of the future amid skills shortages, an ageing population, and immigration and workforce retention issues.

The group was interrogated on themes ranging from digitisation and diversification of the economy to how attractive the island is for young people, whether Jersey should have its own curriculum, and the potential for a Jersey University.

Students were among those in attendance – one of whom told the panel that schools needed to offer more opportunities to learn practical life skills.

Scott is questioning why there are not more children involved in the debate. He speaks from the heart about what he thinks we should be learning at school. He mentions that it’s a limiting system at school. Teach more practical life skills. pic.twitter.com/tPyxV40sa7

When it came to some of the more controversial issues, the mood of the room was measured via a digital polling platform.

Polling also revealed a widespread scepticism about Jersey’s preparedness for the future when it comes to skills gaps.

Just 15% expressed an unequivocal belief that Jersey “will have the talent it needs by 2050”, while 40% felt that this would only be the case “for some industries”.

@DanielRowles @dlpcourse ‘Maybe we don’t need a university in Jersey, if universities are failing elsewhere let’s do something new’. pic.twitter.com/YstSQMiPOV

To pave the way for “new areas of learning”, the school subjects most audience members were in favour of dropping included Media Studies, Music and Business Studies.

Following the debate, which attracted around 400 attendees, IoD Jersey Chair Lisa Springate said it was “imperative” that Jersey “considers the best way to develop the skills needed not just for next year but for many years ahead”.

“Furthermore, that we start preparing schools and businesses from all industries on what might be in store. The IoD Debate 2019 took on some hard-hitting and emotive topics and the engagement in the room was highly refreshing,” she commented.

What talents does Jersey need for the future? @TonyMoretta @DigitalJersey - coding is important, but you also need soft skills from a digital perspective. #IoDJsyDebate pic.twitter.com/imTNoFNzhV

Giving her thanks to the panellists and event sponsors Carey Olsen, KPMG and HSBC, she added: “Without them, we couldn’t have put on an event of this magnitude and I am very grateful for all their support. As a committee, we are committed to continuing to be innovative and agile to ensure we bring many more events to our members that help them prosper and plan effectively for the future.”