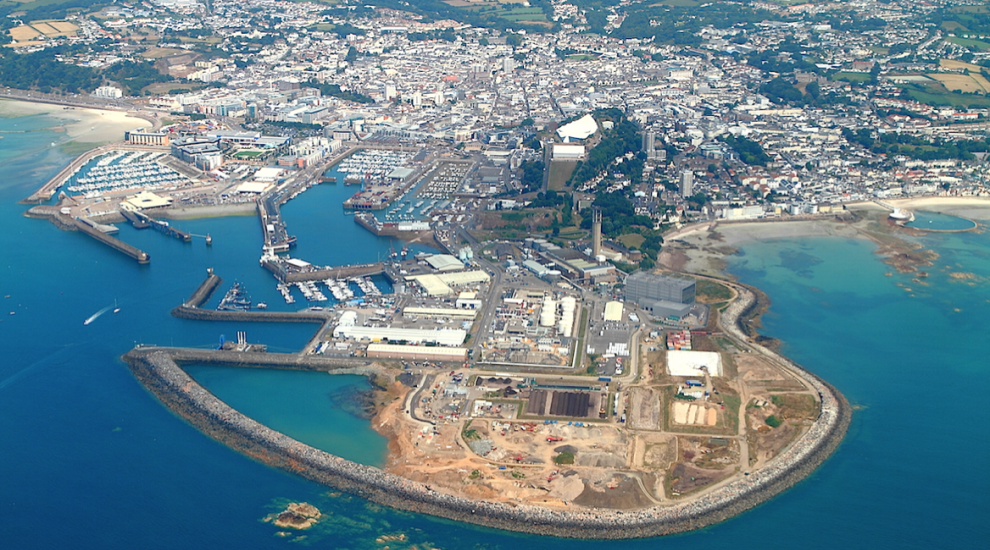 A report compiled over a decade by volunteers concerned about the health of Jersey’s shoreline has concluded that there is an urgent need for an independent environmental regulator.

SOS Jersey argue that the island's south-east coast – which one of Europe’s largest inter-tidal zones – is being contaminated by “a cocktail of toxic incinerator ash containing heavy metals and a range of building materials and rubbish, including asbestos” from La Collette and the Waterfront.

The group also say that illegal discharges of nitrates into St. Aubin’s Bay, which turn the beach into a green swamp of sea lettuce each summer, is further evidence of the need for independent regulation.

The report claims that reclamation has caused significant damage to Jersey’s coastline not only by altering tidal flow, which has caused healthy top sand at Havre des Pas to disappear, but also through the leaking of heavy metals into sea caused by tidal flow that continues twice-daily under the Waterfront. 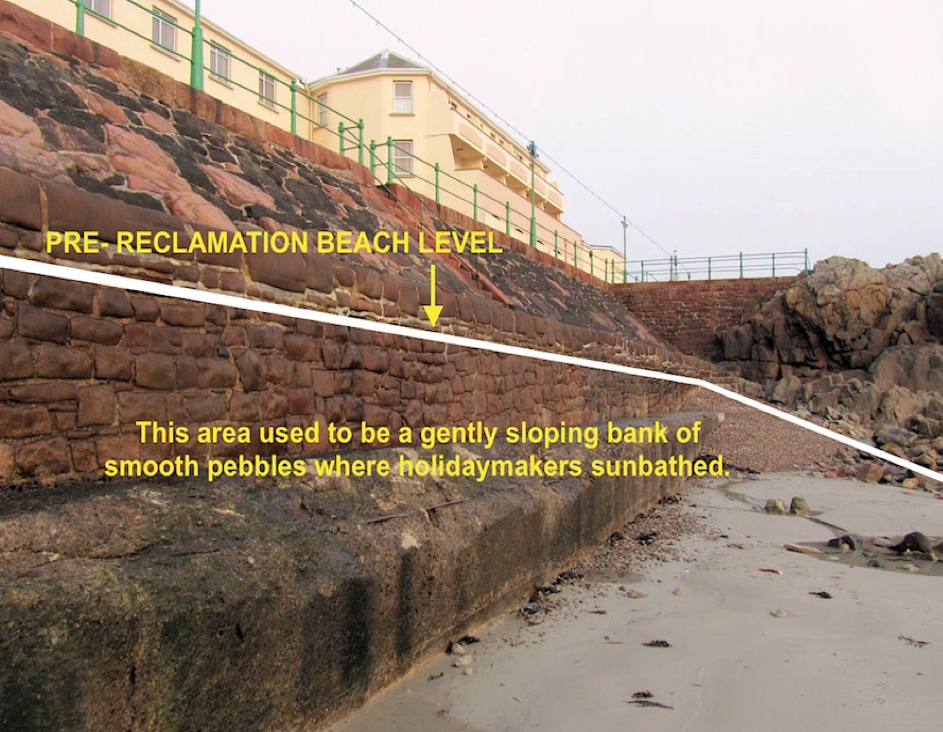 Pictured: How reclamation has caused the beach at Havre des Pas to drop. (SOS Jersey)

They argue that the Government has, at best, been slow to respond when concerns over water quality have been raised.

At worst, they claim that the Government has misled islanders by either ignoring or downplaying the extent of contamination. It is has also given out inconsistent information and its regulations have been inadequate, they argue.

SOS Jersey cite the burying of incinerator ash and other building materials in lined pits at La Collette, and other examples when toxic waste has been allowed to leach into the sea, as evidence of Government ignorance, inaction and weak regulation. 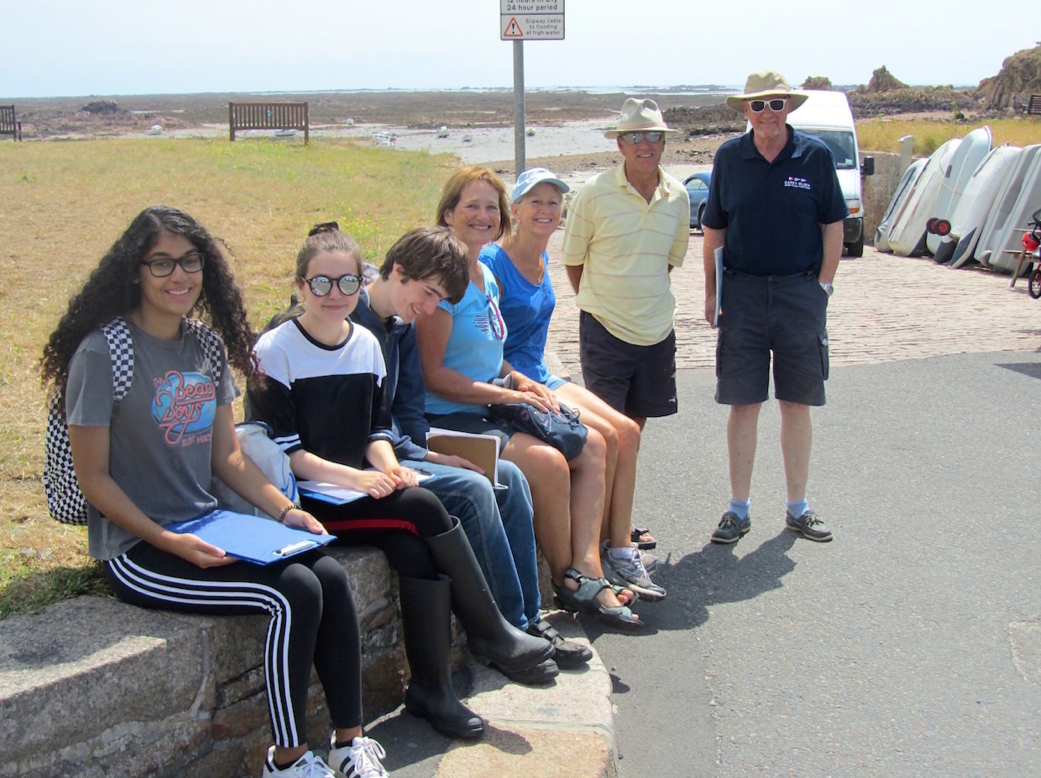 This includes “the pumping of thousands of tonnes of contaminated leachate out of the foundations of the excavated pit of the new incinerator into the sea” in March 2009, and the escape of heavy metals from the Horizon development into the Elizabeth Marina, and out to sea, a decade later in 2019.

“On this occasion, the Environment Department did eventually react, but only after SOS Jersey and others had taken samples from the Marina which proved to contain very elevated levels of heavy metals. The contractors were charged and fined £10,000,” the report says.

In 2019, SOS Jersey also replicated a shellfish study first conduced a decade earlier to see the change in heavy metals found in three species collected from three areas off the south-east coast.

It found that there has been a marked elevation of heavy metals in some shellfish over the ten years. Cockles at Havre des Pas showed, for instance, a 200% increase in lead and 150% increase in chromium. 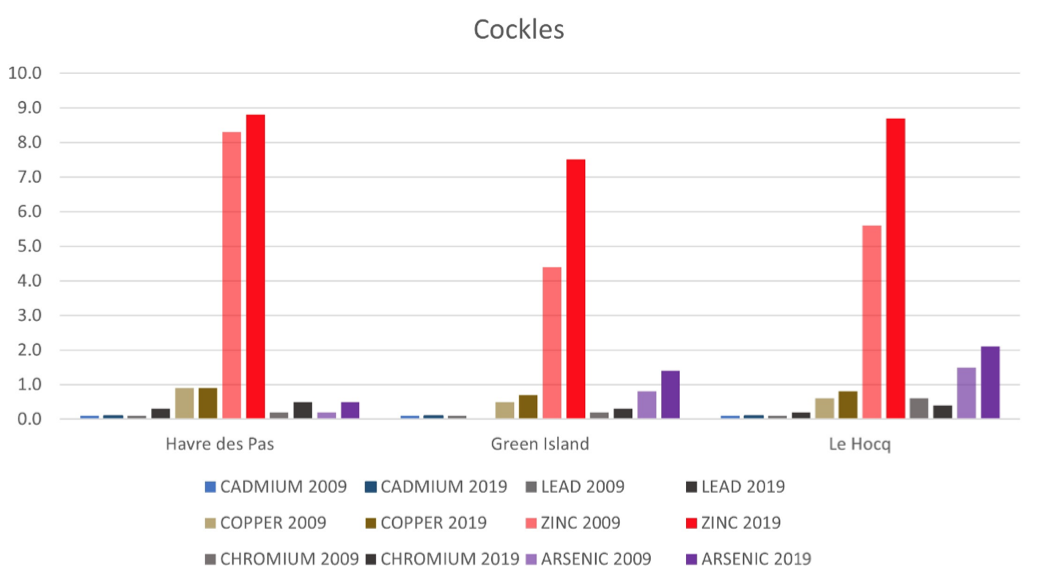 Pictured: SOS Jersey's analysis of shellfish shows how heavy metals have accumulated in species over a ten-year period.

Above all, SOS Jersey conclude that independent regulation of the environment is essential.

“Monitoring of several Waterfront developments by SOS Jersey over many years have shown that current planning regulations and environmental controls are not suited to conditions found on or in highly contaminated reclaimed land,” the report says.

“It is further noted that where developments are Government-sanctioned, environmental controls appear to be weaker than they should be.”

The group also argues that “significant judicial functions” should not be housed within the Environment Department.

“Almost every major decision taken impacts the environment in some way,” it says. “Public awareness of the importance of environmental issues and the need for information and engagement with the public is much greater than in the past.

“However, officers in the Environment Department are constantly working within the Government hierarchy and are subject to political pressures and possibly conflicts arising from personal reporting pressures.

“This conflict, perhaps acceptable in the past, is no longer appropriate or even fair to those involved.”

Posted by David Moon on Apr 23rd, 2021
SOS are to be congratulated in drawing attention to the lax environmental controls and urgent need for an independent environment regulator not only to safeguard the seas around the island but also the land. The change of farming practices from he organic based mixed farming to the intense chemical based potato farming and large herd cattle farming spreading slurry over the soil has polluted the water resources with nitrates, herbicides and pesticides and destroyed much of the insect and reptile life of the island under the aegis of the agricultural department which is now part of the Environment Department.
To place a comment please login Login »