"If we want to end the mental health stigma, we all have to do our part" 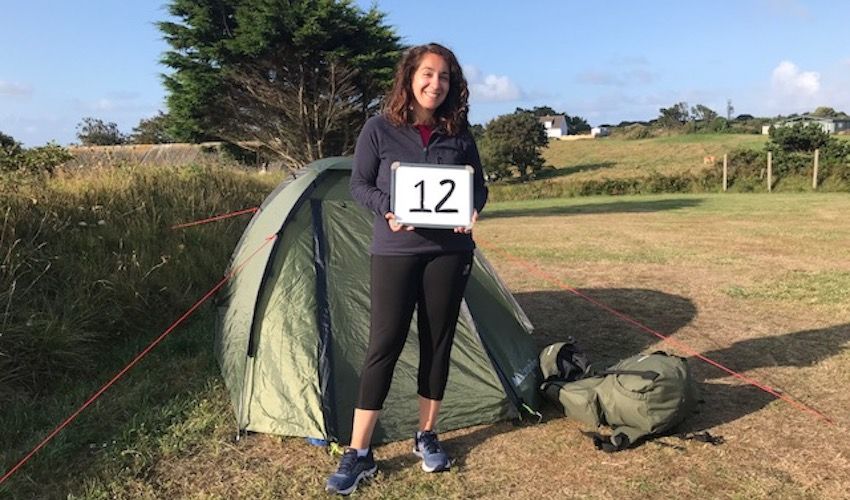 "If we want to end the mental health stigma, we all have to do our part"

A novice runner with anxiety is pledging to dash 300km before her 31st birthday to raise money for a local mental health charity so that others can access the support she wishes she had when she was younger.

Carla was diagnosed with Generalised Anxiety Disorder (GAD) in 2017, while studying for a PhD.

“The way I describe it, it’s like a TV in the background, that is always on. My brain is talking to me all the time,” she explained. “You can live with it. but it impacts you in all aspects.”

Following her diagnosis, Carla realised that anxiety had been affecting her for a long time, but no one had realised.

“A lot of behaviours that well-meaning family, friends, teachers and colleagues had written off as 'needy' or 'high-maintenance' or 'melodramatic' made sense. I finally understood why I couldn't just 'calm down' and why my PhD was making me feel worse with every month that went by - it was the perfect focus for all my anxiety.” 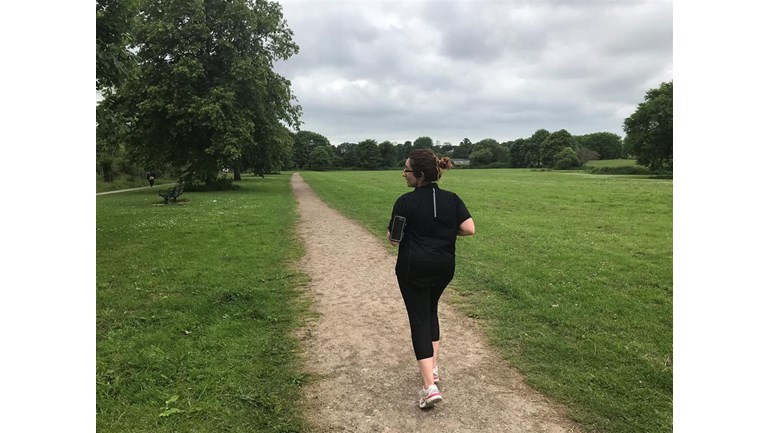 Whilst going through treatment for her anxiety, Carla started running with her husband using a ‘Couch to 5k’ program. While the first few runs were admittedly painful, Carla says she soon saw the benefits of it, finding it a great stress reliever.

“I cannot believe I have become a runner,” she admitted. “I was not sporty at school and did as little in PE as I could! I did not think running was for people like me. I hated exercise. I thought you were either sporty or you’re not.

“What I love about running is that you are naturally rubbish at it, then you get better then faster. It is so contrary to what my anxiety wants me to do. I am still not very fast but I’m a lot faster than the first run I have done. You have to use your own yard stick to measure progress, it’s really positive.”

Carla says running has been great for her mental health. “It is really challenging but it has also really helped me. It may sound silly but you have to focus on one foot in front of the other so your brain can’t be running the ‘running’ programme and the freaking out programme at the same time.”

After she ran her first 10k in York, where she was living at the time, last August, and a 10 mile (16kms) in October, Clara’s friends tried to convince her to run a marathon. While she refused - “It takes over your life” – she decided to run 30 10ks before her 31st birthday.

As part of this big challenge, she has included smaller ones. Having returned to Jersey earlier this summer, she is hoping to run 10ks in each parish as well as in each of the Channel Islands.

“People have said it’s insane but when you think about it, it’s only a 10 every other week,” Carla said.

With 12 runs under her belt so far, Carla says she is on track to complete her 30 before March, especially with the support of her husband. “Having him there is so much better than running by myself,” she said.

While beneficial for her mental health, Carla’s challenge also aims to support others’ by raising £750 for local mental health charity Mind.

“Growing up in Jersey, there was no service when I was younger,” she explained. “Mind do a fantastic work and they help so many people. I would have benefited from their service if it had been available. They also work with schools which is something I am really passionate about so it felt like the natural thing.”

One of Carla’s best friends, Jenny Browne, works for Mind, which gave her even more reason to support the charity. “She was the one who held my hand going to the doctor and she is part of why I wanted to do that,” Carla said.

“The support she gave and the training she had to go through, it was lovely for me to have but it also made me realised how many people need this. Jenny is absolutely great and she deserves a shout out.”

Pictured: Carla is hoping to raise at least £750 for Mind Jersey.

Ironically, Carla’s anxiety made her nervous to raise funds and “ask people for money” - so much so that she put it off for four months. While her official target is £750 because her anxiety told her not to get cocky, she confessed that she would love to raise £1,000.

“I have asked friends and family not to buy me gifts at Christmas and to make donations instead, so hopefully it will work," she said.

While sharing her story on her fundraising page felt scary initially, Carla has said the response has been heartwarming. “The second you talk about it you make space for people to talk about it,” she said.