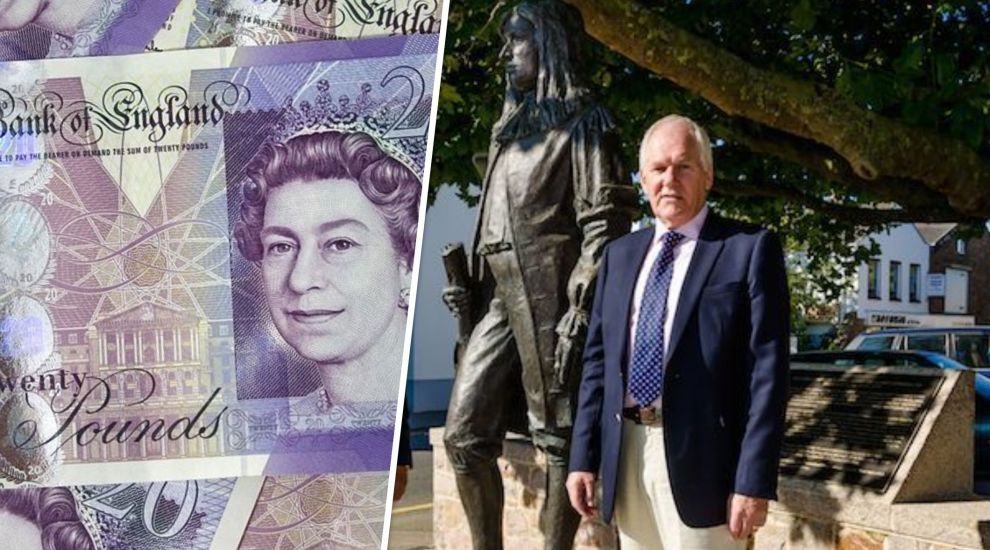 £15,000 from the public purse, and a further £20,000 from the Airport's coffers, was spent on a statue of New Jersey founder and trader of enslaved people Sir George Carteret, it has emerged - despite the Treasury Minister initially denying that any public money was used.

As the Black Lives Matter movement continues to gain traction in Jersey, questions have been raised over whether it was appropriate to erect such a statue, and whether it should be able to remain in situ without any acknowledgment of Sir George's slavery links. 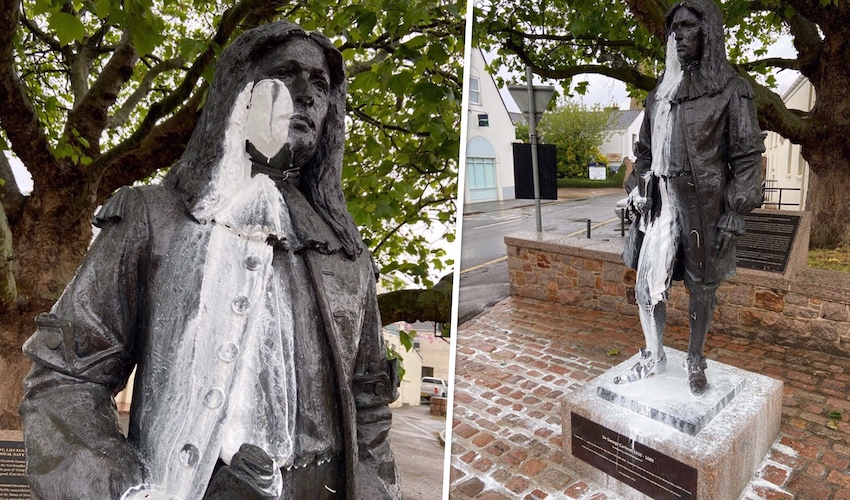 Pictured: The statue, which recently had white paint poured over it.

Amid this debate, Deputy Montfort Tadier last week asked the Treasury Minister, Deputy Susie Pinel, how much government money was spent on the project, and what due diligence was undertaken before the money was handed over.

While she initially denied that any public money had been contributed, it emerged on Friday that this was wrong.

The former St. Peter Constable and Assistant Minister John Refault, told Express on Friday that he believed the whole 350th anniversary commemorations - which also included a play by YouTheatre on Sir George's life - cost around £60,000.

While he said much had come from private donors, he admitted that around £15,000 had come from the Treasury Department, and £20,000 and more than £1,100 from what he described as "underspends" on 'Percentage for Art' projects. The former, he said, was linked with the development of the Airport cargo centre.

On Friday afternoon, Deputy Pinel apologised in an email to all States Members for giving incorrect information. She went on to confirm Mr Refault's account that he had asked the then Treasury Minister Senator Philip Ozouf for a contribution. The Treasury Department then donated £15,000 to the project.

"The contribution was in support of the 350th anniversary of the founding of New Jersey. No specific due diligence appears to have been undertaken," Deputy Pinel explained.

The Treasury Minister added: "A payment of £1,114.50 was made by the Planning and Building Services Department. This is believed to be the release of a 'Percentage for Art' contribution from a developer (and therefore not a payment from Government expenditure).

"A payment of £20,000 was made by Jersey Airport, which is also believed to be as a 'Percentage for Art' contribution."

A Government of Jersey spokesperson confirmed to Express this afternoon that the the initial incorrect answer was "due to an error on the part of an officer", adding that "the Minister has apologised for this".

They further confirmed that the Airport contribution was linked with the Cargo Centre project.

A Ports of Jersey spokesperson commented: “Ports of Jersey can confirm that in March 2014, a contribution of £20k was paid by Jersey Airport to the Parish of St Peter as part of the ‘Percentage for Art’ scheme. This is an internationally recognised initiative whereby developers are obliged to contribute a certain percentage of its construction costs towards the provision of public art as part of any new building, refurbishment or landscaping project.

"In 2014 Jersey Airport completed construction of the new air cargo centre and a financial contribution was made to the Parish as part of a refurbishment programme of St Peter’s Village, including the installation of a public statue rather than the alternative option of installing a piece of artwork at the air cargo centre, in an area, which would be rarely be seen or appreciated by the public.”

Reacting to the news, Black Lives Matter's Jersey campaign group commented on Twitter: "We question the benefit of spending this amount of money on glorifying the memory of a person such as this - especially as recently as 2014.

"Especially considering the lack of funding in the island's social care industry. An industry that deserves far more given most people at some point in their lives will suffer with mental health issues and may need support.

"We don't believe in erasing history. We do however believe history should be retold HONESTLY. The statue belongs in a museum with a full description of what George did in his lifetime. We should focus on cherishing the memories of those who left a positive mark on the world."

We don’t believe in erasing history. We do however believe history should be retold HONESTLY. The statue belongs in a museum with a full description of what George did in his lifetime. We should focus on cherishing the memories of those who left a positive mark on the world.

The statue recently came under attack, with white paint poured over it and plaques left around it. The statue has since been cleaned and no one has been charged in relation to the damage.

Petitions asking for the statue to be removed are also continuing to gain traction, with one having generated over 1,000 signatures.

Posted by john garner on Jul 6th, 2020
despite the Treasury Minister initially denying that any public money was used............um ....
Posted by Keith Marsh on Jul 6th, 2020
"The statue recently came under attack, with white paint poured over it and plaques left around it." is not the way to change things. Sign the petition and get the statute put in a museum with notes telling the WHOLE story.
To place a comment please login Login »