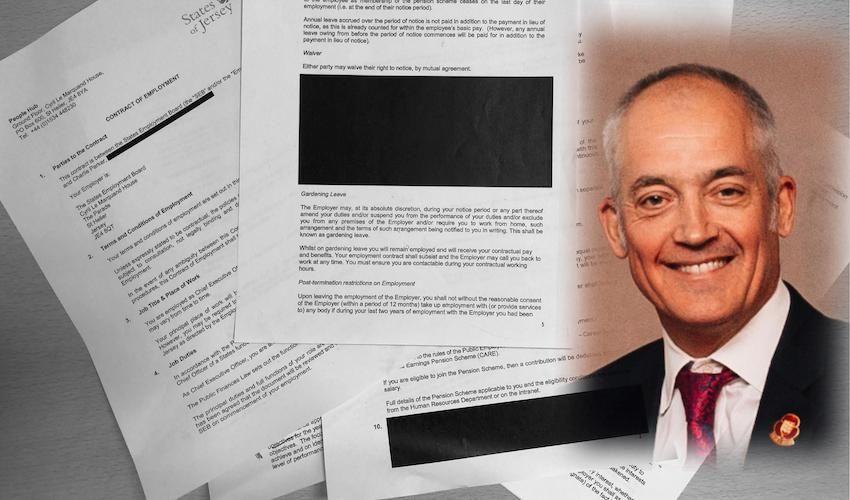 The contract of the States’ most senior employee has finally been released after a seven-month battle by Express – but two significant redactions have left large question marks over the exact terms of the deal, including the arrangements which may be in place should he leave his role.

The contract shows that Charlie Parker, who is paid a base salary of £250,000 annually, was effectively allowed to write his own job description, once he had started the top job.

For his 37.5 minimum contractual hours a week, the States Chief was also awarded 31 working days' holiday per year, which translates to around six weeks' annual leave – in addition to public or bank holidays.

The news comes after States officials were ordered to publish the information under the Freedom of Information (FOI) Law last week by the Information Commissioner, Jay Fedorak. 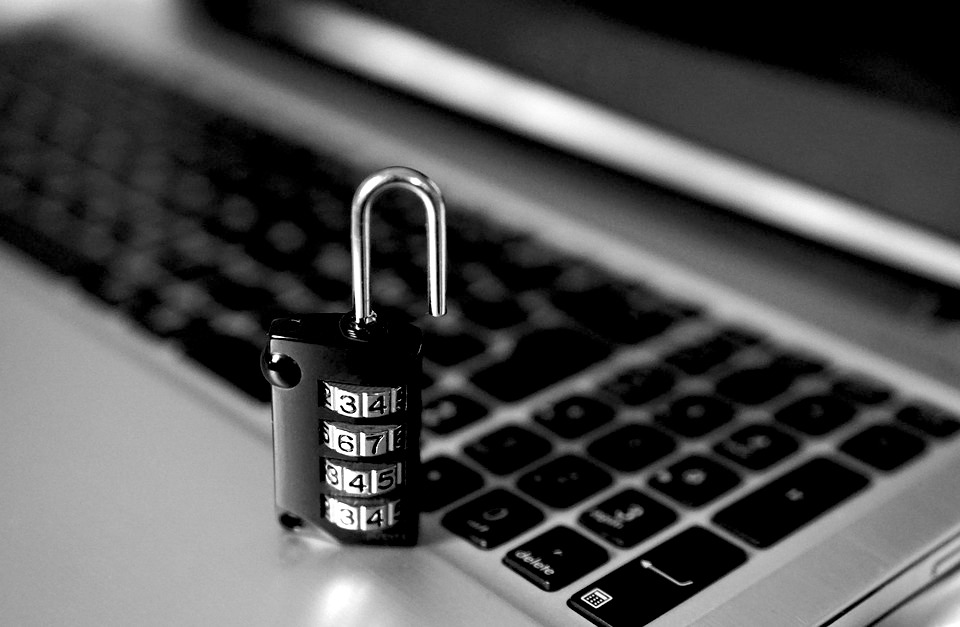 Pictured: States officials battled to keep the contract a secret, stating that Mr Parker might leave his job if it is released.

He ruled that releasing States Chief Charlie Parker’s employment terms was in the public interest in what he described as “the most important case” to have ever come before his office.

Since Express’ first request in April, the States had claimed that the contract constituted ‘private’ information and should therefore be withheld, arguing that its release would “distress” Mr Parker and could even lead him to leave his job.

But the Commissioner ruled that only three sections of the contract would fall into this category – his address and two other paragraphs – and that the rest of the document should be made available for public scrutiny. Express had argued that only details such as address, tax and social security reference numbers should really be classed as 'personal' and so kept private, for such a senior role, funded by taxpayers, as the Chief Executive of the States.

Express was hand-delivered a hard copy of the document yesterday afternoon. 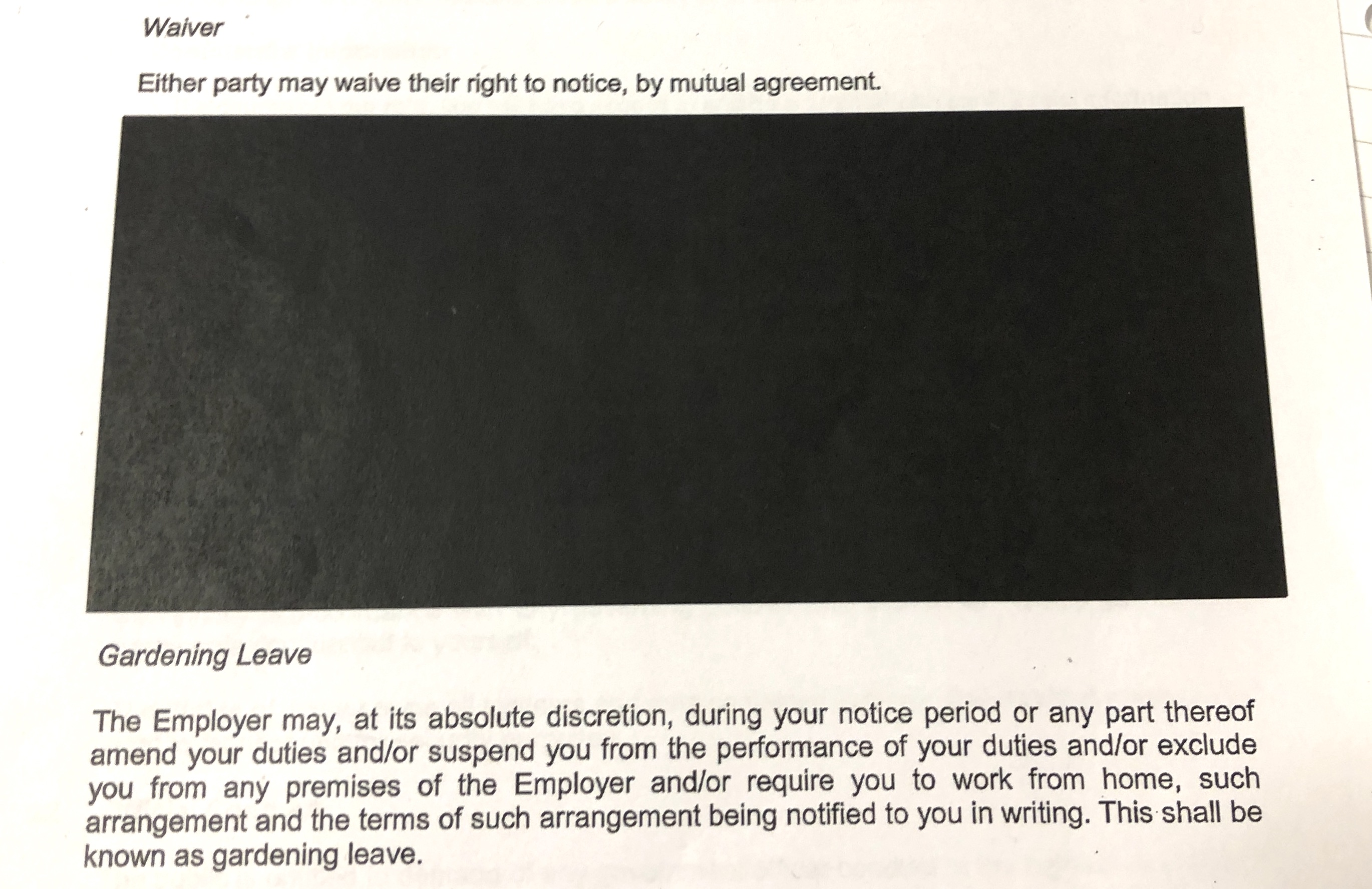 Pictured: One of the more significant redactions within the contract, which falls within the 'Termination of Employment' section.

Coming months after Mr Parker’s official appointment in July, and the granting of his ‘Entitled’ housing status in early October, which will allow him to be taxed a favourable Jersey rate on his pension even after ceasing to work for the States, the delay in Mr Parker’s signing is suggestive of a long and intense negotiations period.

On its first page, it promises Mr Parker the ability to be able to set the boundaries of his quarter-of-a-million role, stating:  “The principal duties and full functions of your role are set out in the CEO Job Description. It has been agreed that the document will be reviewed and reset by you in consultation with the SEB [States Employment Board] on commencement of your employment.”

It later makes reference to a performance appraisal being put in place involving “the setting of both general and specific objectives for the year ahead and the review of performance in achieving previously set objectives.” 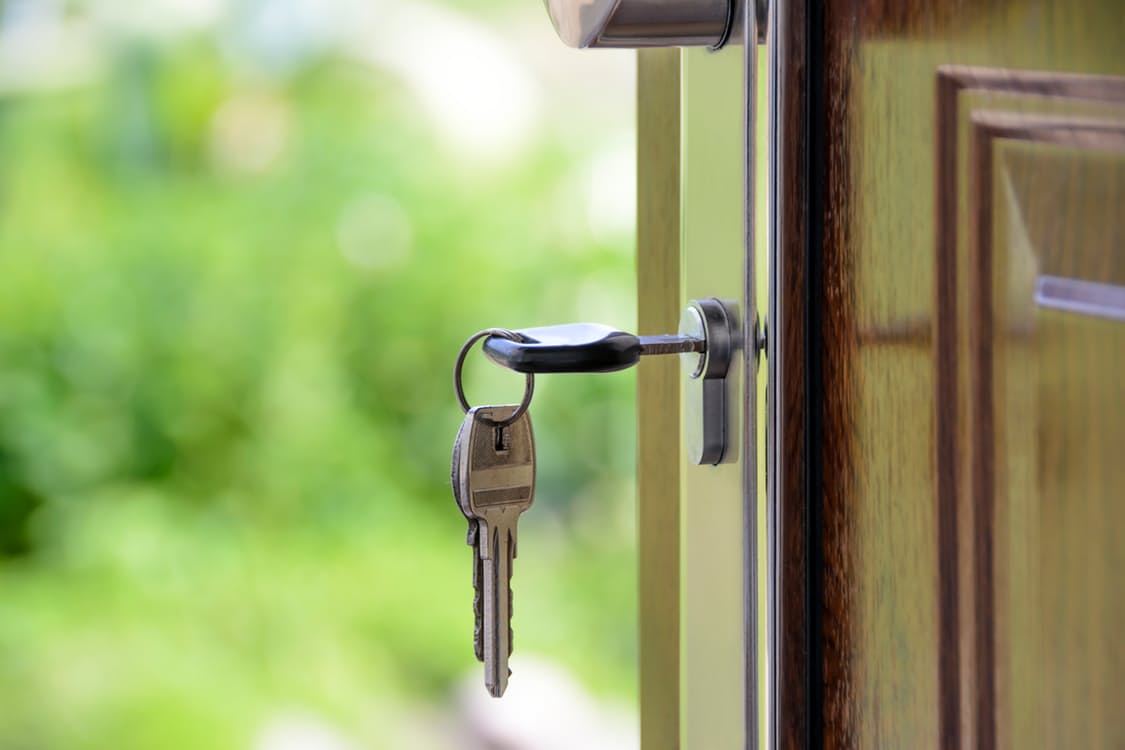 Pictured: Mr Parker only signed his contract after being granted his Jersey housing qualifications.

“The focus of the process shall be on clarifying what you will be expected to achieve on identifying any continuing personal development needs to maintain a high level of performance,” it reads.

Up until last week, Mr Parker was still working without detailed 'success' measures, known as key performance indicators. This morning, on the same day that Mr Parker's contract is due to be released publicly, the States announced that Mr Parker would be assessed by a business psychologist against a set of general "strategic objectives" agreed by the Chief Minister.

Exact details of Mr Parker being given residential housing qualifications are not contained within the contract, which noted that these were “dealt with in separate correspondence with the Assistant Chief Minister” - Express has also requested this correspondence under FOI Law.

Other contractual terms such as bonuses or severance arrangements have not been published, with the latter potentially being covered in the largest redacted section, which takes up nearly a third of the page, and falls within the section entitled ‘Termination of Employment’.

The section explains that Mr Parker has to give six months’ notice should he wish to leave the States, but that this can be waived with the States Employment Board’s permission.

The other significant redaction, which could relate to bonuses, is a section of around seven lines, following the topics ‘Basic salary’, ‘Pension’ and ‘Hours of work’.

The redacted contract is now online, and can be viewed by clicking HERE.

Posted by Bo In Jersey on Nov 29th, 2018
Poor effort from the Information Commissioner. Know what CP earns but don't know what he will earn for leaving. If anything to go by the most contentious issues surrounding top civil servants leaving is what they receive when they leave. We need the full detail.
Posted by John Henwood on Nov 29th, 2018
OK, so Charlie Parker's contract is published, duly redacted in line with the Information Commissioner's ruling, and it comes as no surprise that it makes rather unsurprising, even dull reading. Now let's move on and let Mr Parker get on with the important job of getting the public sector in good shape without further distractions about how much he gets paid, how many days' leave or how many toilet breaks he's allowed.
Posted by William Boyd on Nov 29th, 2018
I thInk Mr Henwood and other cheerleaders may be somewhat disappointed by Mr Parker's 'outcomes' - the dreaded management speak. First of all we don't know what the benchmarks are which his performance will be measured against. Also, I find it incredulous that the said Mr Parker applies for a job with a job spec attached and then the first thing he does - and even more incredibly is allowed to do - is change the job spec. I cannot see any other person of the over 5,000 public employees being allowed to do that. I know the extreme free marketeers and slash-and-burn economists are salivating at the prospect of Mr Parker running riot in his efforts but let us wait and see. Something tells me he won't be around to see the end result. Then those of us who are left here will have to pick up the pieces and maybe have to put them all together again.
To place a comment please login Login »