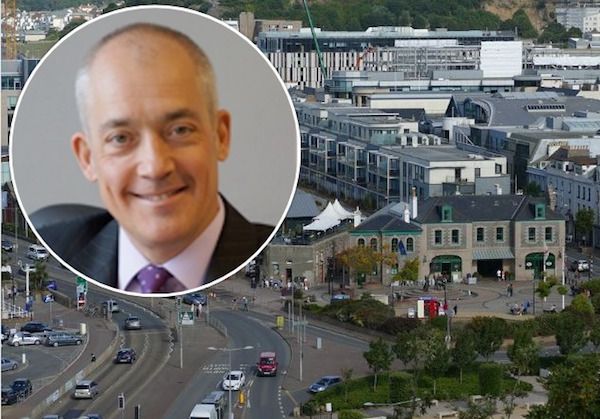 The new States Chief Executive has issued a warning to the island’s public sector: get on the “modernisation train” or be "left on the platform."

Charlie Parker, who replaces former States boss John Richardson, laid down his agenda as he met his senior colleagues for the first time last week.

Although he won’t officially step into his new £250,000 role for two months, the States is already undergoing a handover period with the help of four UK consultants to help ease the transition to his different style of leadership, which has already ruffled the feathers of some officials.

Mr Parker described his previous role as Westminster City Council Chief Executive, which placed him on a basic salary of £207,474, as “the most exciting job in UK local government” – but he says that he hasn’t come to Jersey for an “easy life.” 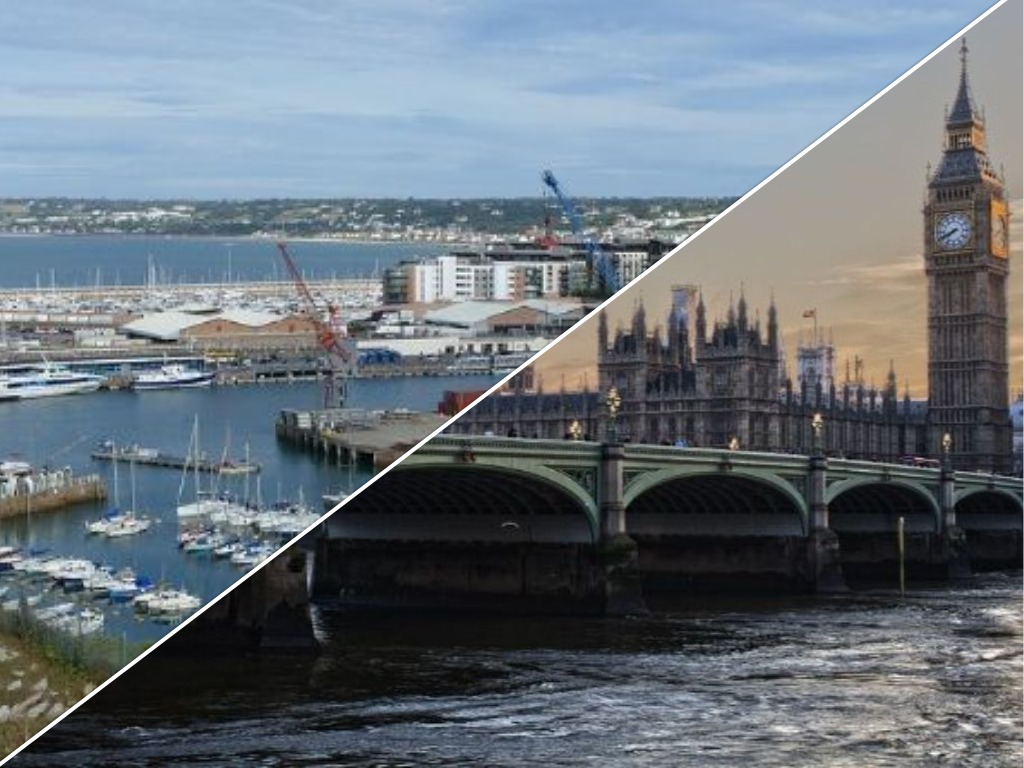 Pictured: Mr Parker is swapping some of the wealthiest streets in the UK in Westminster, an area that includes Buckingham Palace, for Jersey - but he says he's not here for an "easy time".

In a speech given less than a week after many States workers learned they would be subject to a real-terms salary cut as part of the ‘Workforce Modernisation Project’, Mr Parker provided few clues about specific initiatives, but gave a sense of exactly what government workers could expect from their new boss.

“So this is me: I’m challenging, but straight. I don’t play games and I deplore gossip and leaks. I have high standards and I’m used to working at pace. I have a proven track record in building strong teams and creating learning organisations. I’m an innovator, who will take calculated risks,” he said.

That approach, an MP that formerly worked alongside Mr Parker blogged, has previously meant that he “hasn’t been universally liked.” “If you were loyal, Charlie was fiercely loyal back. If you’re not, or lack integrity, then the best of luck to you!”

States workers got a flavour of that no-nonsense approach during Mr Parker’s speech as he warned: “Not changing is not an option – for Ministers or for the public. The issue isn’t about whether we change; it’s about how we change. And I’ve been hired to be a catalyst for that change – to help us to realise the ambitions and the vision that Islanders have for their public sector.”

He later added: “The modernisation train is at the station and will be pulling out soon for the future. I want managers to come on that journey of change and be part of the future. There’s no point in getting on the train if you’re not willing to lead by example – to support a wider collective leadership model. If any don’t, then they may well be left behind on the platform.” 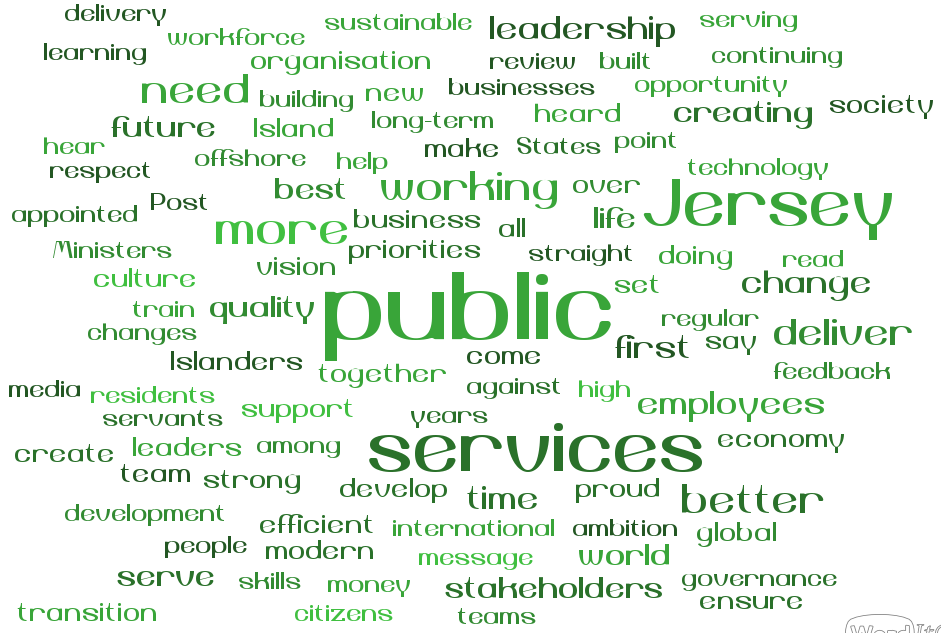 Pictured: Everything you need to know about the new States Chief Executive, who currently works two days per week, in a handy word cloud.

While he didn’t map out any specific destination for that 'train', Mr Parker’s speech gave a few indicators of what to expect along the way. Most notably, “change” and “leadership” – the words appeared five times throughout the speech.

For Mr Parker, that means “not tolerating the mediocrity of the lowest common denominator” and breaking down “the silo empires that have grown over the years.”

He added that workers should expect a closer eye being kept on their work in the form of benchmarking evaluations, resident feedback and a States-wide internal review – something that hasn’t been conducted for nine years.

Mr Parker’s reign will see officials doing more to both embrace technology and promote it to the public, and more time spent on their feet and liaising with the community they serve.

In line with his plan for a “more visible” States executive, Mr Parker also hinted that – unlike his predecessor – he would be joining his elected colleagues in promoting Jersey globally. “I want to better support the government of Jersey on the international stage, in order to protect our economy from external threats, and to promote our continuing growth,” he said.

According to Mr Parker, those threats include the “uncertainty of Brexit” and the criticism of the offshore finance industry stirred by the Panama Papers, which he warns is “not going to go away.” Closer to home, he identified the ageing population which will “put increasing pressures on health and pensions” as the next of Jersey’s challenges.

States workers will have to wait until January, however, to learn what specific measures he will put in place to remedy these.

Posted by Simon Dodkins on Nov 20th, 2017
Certainly appears to be the shakeup that is needed.

My concern remains that Jersey will be administered as if it were just another County in the UK. We are unique and fiercely independent - it is all very well him telling us that we need to fit in with him - sword cuts both ways Mr. Parker.

You equally need to fit in with us - traditionally those who don't fit in have a rough ride, and usually end up leaving with their tails between their legs and a disaster behind them.
Posted by William Boyd on Nov 20th, 2017
He has already made a gaff by quoting "the most exciting job in U.K. Local government". We are (1) not in the UK and (2) not a local authority. His last billet - Westminster - has hardly covered itself in glory with Grenfell has it? What UK local authority has its own laws and courts? Its own police (13 forcs) hospitals, education system, even old age pension and social security system. I think Mr Parker had better moderate his threats until he sees the complications here. We are not a U.K. local authority. A bit of reflection before mouthing off would not go amiss.
Posted by john norris on Dec 20th, 2017
I worked with Charlie at Oldham he is an amazing leader and I can assure you that you have got the best. The changes he made at Oldham were incredible and he will adapt to lead in Jersey I have no doubt. In 5 years time you will be pleased that he brought his train to Jersey. I can echo what he says about gossips and leaks I have seen some left on the platform and some jump off at the nearest station but if you work hard (that is your job) he will support you always. Just wondering when Charlie is buying his Jet to allow him to get to city matches.
Posted by john norris on Dec 20th, 2017
William Boyd he was quoting Westminster not Jersey read again
Posted by nigel pearce on Dec 20th, 2017
William, I think you have misread the article. He describes his previous role as the most exciting, the Westminster job, not the Jersey job.
Posted by Paul Troalic on Mar 29th, 2018
So we are going to have Westminster style government are we? Is that what we really want? I don’t think so. We want Jersey style government. I’m sick to death of being told we need a copy of the government that doesn’t even work in Britain. Al we are doing is importing failed ideas when I personally think people come to live here because of the difference. But Gorst is determined to prop up his very shaky foundations by putting people in place that will always say yes sir. We need a strong leader not a spineless one; we need a person who can direct not be directed by a strong civil service. I’m ashamed of the government of Jersey frankly.
To place a comment please login Login »