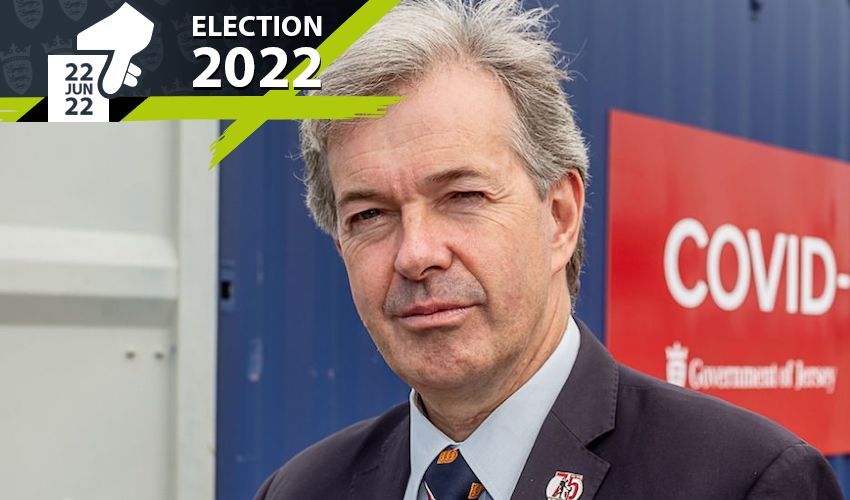 The Chief Minister will be seeking re-election with the Jersey Alliance Party – and hopes to be a Minister, rather than taking the top job.

Senator John Le Fondré, a third-generation politician and chartered accountant who was first elected in 2005, is hoping to take one of four seats in the newly created district of St. John, St. Lawrence and Trinity.

He said this morning that he felt it was "important" that more experienced States Members "continue to serve this island".

Express reported earlier this week that he didn't wish to become Chief Minister again following his single term, which involved steering the island through covid and Brexit, but would not be drawn on whether he would be standing for re-election.

Today, however, he has confirmed that he will be aiming to return to politics – this time with the Jersey Alliance, who are looking to propose their elected party leader, former political head of the City of London Sir Mark Boleat, who is standing in St. Clement, as the island's next Chief Minister.

Former Bailiff and External Relations Minister Sir Philip Bailhache, of the Jersey Liberal Conservatives, is also aiming for the top job, backed by his own party and the Progress Party. 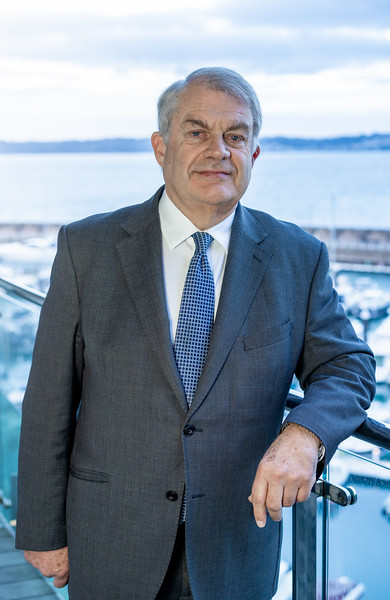 Pictured: Sir Mark Boleat has been elected leader of the Jersey Alliance and the party hopes he will be their Chief Minister, while Senator Le Fondré has confirmed he is not going for the top job.

Announcing his election decision this morning, Senator Le Fondré commented: "It has been a privilege to serve the island as Chief Minister over the last four years, a time unprecedented in the history of Jersey since WWII. It has required integrity, resilience, and experience to lead the team that governed our island through the global pandemic, Brexit and other challenges.

"The decisions were tough and demanding, balancing opposing views, needs and at times real fears, but we have been level-headed, swift, and innovative. We aimed to protect Islanders' lives, their jobs, and their livelihoods as much as we could, and to ensure that the Island was in as good as position as possible to continue forwards. I believe we have achieved that objective.

"Faced with ever increasing challenges and global uncertainty it is easy to lose sight of what else has been achieved. Real change and improvement does not come from "quick fixes" but from long-term vision, drive and commitment. I am proud that by using my proven political experience we have, over the last four years, been able to finally get to the position where we have started to address issues that have affected the Government and the Island for years."

He went on to speak of his Government having invested "significant sums", which he said were "mainly funded by generating savings", to pour into mental health support, education and wider Government "infrastructure". Senator Le Fondré also said his team had "released sites for housing provision", made "improvements in environmental policy", supported arts and sport and "laid the foundation for population control".

He added that the island is emerging "the pandemic in good financial health with a 2021 surplus of £59m, and increased reserves, and also have the imminent prospect of generating further savings (over the very long term) of approximately £3.6bn", which he said meant the island is in a "strong position" to continue to tackle demands on the community such as cost of living rises and the ageing population.

As well as serving as Chief Minister since 2018, Senator Le Fondré has held numerous political roles, including as Assistant Ministerial for Treasury and Transport, and as lead Scrutineer of the previous Council of Ministers' Brexit and Future Hospital plans.

He has also been a Jersey representative for the British-Irish Parliamentary Assembly, and Vice-President of the Assemblée Parlementaire de la Francophonie.

"Different politicians come with different skills sets and if re-elected I would like to continue to serve the island in a Ministerial role, but it is not my present intention to seek the position of Chief Minister," he concluded.

"I believe that the long-term decisions we have taken will benefit the Island, and that is why, in my view, it is important that Members who do have significant experience, both professional and political, continue to serve this island to the best of their ability, and that is what I will seek to do."

Posted by Stephen Lawson on Apr 29th, 2022
Why doesn't he join his mates in the Reform Party who got him elected as Chief Minister?
Posted by Jon Jon on Apr 29th, 2022
Taking the biggest gamble of his career I think! Experienced politicians ? Unfortunately this Island hasn't any now...-all the good ones from the 60s 70s 80s and 90s have long gone!
Posted by Scott Mills on Apr 30th, 2022
ps, the question people should be asking themselves, is within his statement.

Experienced at what exactly? wasting money, ill thought out projects, living in the 19th century still.

Jersey has had it's day, and it's getting worse, and no matter how much they want Jersey's harbour to look like monaco, it aint going to happen. The front looks terrible. Those office blocks (bassett allsorts) and opposite so dated. Guernsey has a much nice approach to the island don't you think?
To place a comment please login Login »