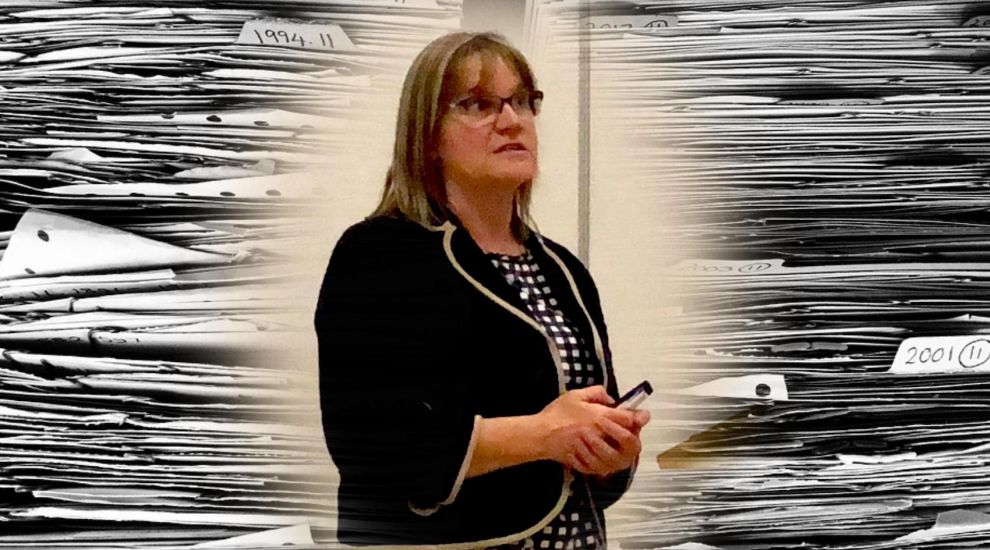 States Members are due to debate the law that will underpin the role currently held by former police officer, teacher and Children’s Services director Deborah McMillan tomorrow.

Ahead of that, however, serious concerns have been raised – including by the Children’s Commissioner herself – that the law as drafted will leave her with no more power to probe government and non-government bodies over their care for children than a lay person.

Mrs McMillan has said in a critical letter to a Scrutiny Panel that, when she was involved in the drafting process of the law, specific instructions had been given to ensure she is given legal entitlement to any documents or information she requires to fulfil her duties – including, potentially, sensitive personal information.

But she says the Minister for Children then lodged an “entirely different version” of this rule, which is due to be voted on during tomorrow’s States Assembly meeting. 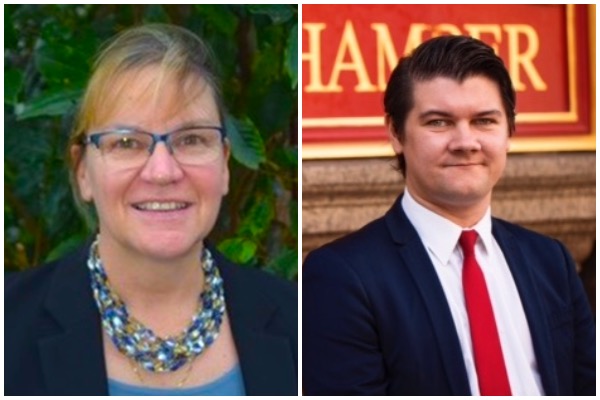 Pictured: Mrs McMillan says the Children's Minister has put forward an “entirely different version” of her instructions which is due to be voted on by the States Assembly.

Under its current formulation, the law would allow Mrs McMillan the ability to request information in line with the Freedom of Information Law, which limits the release of ‘personal information’.

It also means that any information released to her could be viewed and altered by the government’s Communications team if deemed to pose a reputational risk, as Express revealed last week.

“This Law as lodged in effect limits the extent of the obligation on relevant authorities to disclose information to the Children’s Commissioner,” she wrote. 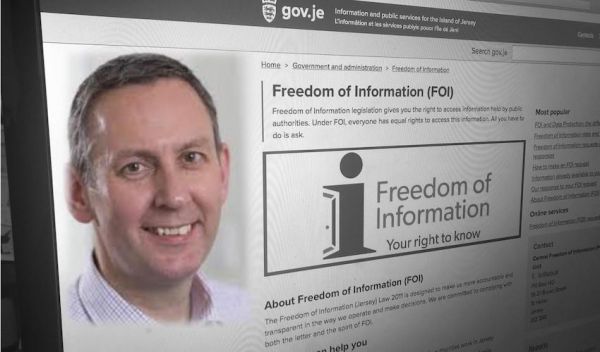 Pictured: In its current formulation, the law would allow the Children's Commissioner to request information in line with the Freedom of Information (FOI) law, which is subject to 'personal information' restrictions and possible review and alteration from the Communications team.

She added that the draft law “fails to deliver” on obligations imposed on the government in the wake of the damning Care Inquiry, which uncovered years of systemic abuse in island institutions, subsequently calling for “greater transparency and greater openness in communication… in order to tackle the perception of cover-up”.

Mrs McMillan isn’t the only one to have raised issue with the law.

Bruce Adamson, Scotland’s Children’s Commissioner, who, like other UK commissioners, is able to require “any person” to produce documents relevant to an investigation, described the law as leaving Mrs McMillan “with no more power to seek and receive information from public bodies than the average man or woman in the street”.

“The rationale for this restriction is not clear to me. The role and mandate of a children’s commissioner necessarily involves holding the organs of the state accountable to their human rights obligations. To effectively exempt public bodies from the scope of the Commissioner’s investigatory powers severely limits her ability to fulfil that role and to protect children’s human rights,” he said.

Mr Adamson added that he expected that, if the law were to pass as drafted, it would be “likely to draw adverse comment” from the UN, Council of Europe and other international institutions.

These comments were echoed by a human rights expert, Dr Simon Hoffman, who is Coordinator of the Observatory on Human Rights for Children. He said the draft law placed “a severe… unacceptable fetter on the powers necessary to effectively safeguard children in Jersey from the harms that ensue when their rights are violated”

Local children’s charity Brightly described the law as “significantly weaken[ing] the Commissioner’s role and powers”, while the island’s Information Commissioner Jay Fedorak added that only allowing her to request information in line with FOI seemed “unnecessary”.

He warned: “As a data protection advocate and regulator, I have no concerns about the Children’s Commissioner being able to access relevant person information that she requires to perform her duties. Protecting children is in the public interest and an appropriate justification for possessing personal data under the Data Protection Law.”

Pictured: Concerns have been raised to a Scrutiny panel about the law governing the Children's Commissioner role.

“The timelines included in the FOI Law could lead to delays that put children at risk, particularly if a public agency were to challenge my decision in the Courts.”

International charity UNICEF also carried a strong warning that the law put forward by the government was of “great concern”, as it “fall[s] well short of the minimum international standards and can undermine the independence and effectiveness of the Commissioner for Children in Jersey”.

It concluded its submissions to a Scrutiny Panel tasked with investigating the issue by calling for the draft law to be revised as a “matter of urgency”.

Family Nursing and Home Care (FNHC), meanwhile, were in favour of the current proposals for the law underpinning the Children’s Commissioner’s role.

Adding that they already able to provide safeguarding information on request, the group, which is contracted to deliver significant child and family services on behalf of the Government of Jersey, said that the Commissioner’s ability to request information under the draft law was sufficient.

The Children’s Commissioner declined to provide any further comments, other than those contained in her letter.

The concerns follow a recent independent report that gathered the views of children in care in Jersey entitled ‘Listen Louder’.

It found evidence of social workers “fighting” against Children’s Services on behalf of children, “false promises” being made, as well as some children being called the wrong name – or even by their case number – to their face.

“One young woman spoke about having heard young people referred to by their case file number. She said: ‘Call us a fake name, call us a fruit, call us anything, but not a number’. She felt acutely aware that often professionals didn’t seem to care. Another young woman asked ‘just treat us like a person’,” the report noted.

Posted by June Summers Shaw on Mar 25th, 2019
It is absolutely unacceptable that this law should be passed and I am extremely disappointed that FNHC find favour with it.
Who has responsibility for the drafting of this law and who made the change ? We have a right to know. To all those voting on it, if you care for the welfare of our children, vote it out.
If Jersey has nothing to fear and wants open and transparent government, give full access to the Children’s Services director Deborah McMillan to all records.
Posted by John Henwood on Mar 25th, 2019
Government either means what it says about the future approach to child care or it doesn't. This is not the time for weasel word; Ms McMillan was appointed to do an important job, so why withhold the tools that will enable her to do it properly and thoroughly. The States must learn to delegate authority, when it tries to do everything it usually cocks up.
Posted by Lesley Ricketts on Mar 25th, 2019
States of Jersey has been a ‘neglectful corporate parent’ and now what they are worried about are compensation claims if Deborah McMillan has freedom to access records. The pledge to put children first is simply empty rhetoric.
To place a comment please login Login »