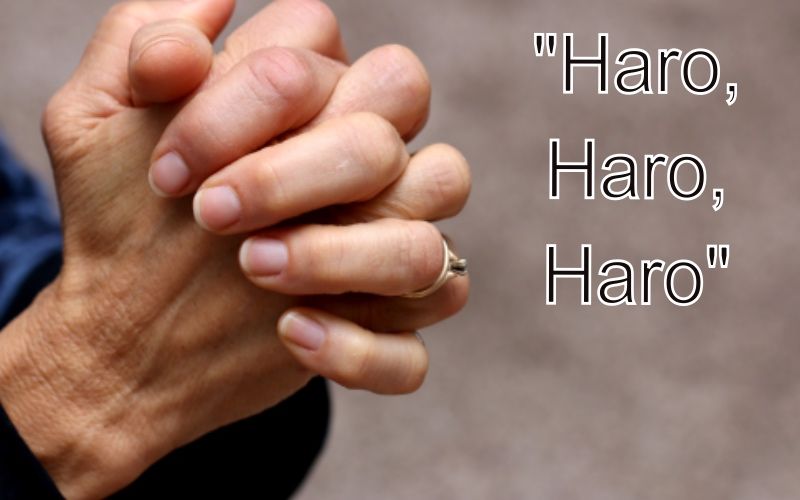 A woman who raised the Clamour de Haro in an attempt to stop her eviction from a house in St Brelade has had what the Court described as a “hopeless” appeal dismissed.

In February, Caroline Powell kneeled before two Viscount’s Officers, who were there to hand over official papers starting an eviction process, and with the words “Haro, Haro, Haro, à l’aide mon Prince, on me fait tort” she initiated an ancient and immediate injunction on legal proceedings.

Days later, however, the Royal Court ruled that the raising had been incorrectly applied as the officers were attempting to execute a legitimate court order, which the same Court had made last November.

Mrs Powell then took her case to the Court of Appeal, which has now upheld the decision of the lower court.

In their judgment, Appeal judges James McNeil, George Bompas and Sir William Bailhache wrote: “The Clameur de Haro in this, and a neighbouring jurisdiction [Guernsey], allows to the individual a very considerable power to prevent legal wrongs being done. This is not one of them.

“Here there could have been no proper perception of wrong when the Clameur was raised because the Criant [the raiser, in this case Mrs Powell] had no title to the property and no right to possession of it; and indeed because the Royal Court had expressly said so in November 2020 when confirming the tenancy of the Respondent [the owner of the property, David John Sheppard] and his wife.”

At a hearing on Monday, when the Court of Appeal judgment was presented, Advocate Marcus Pallot, for Mr Sheppard, made a successful application for Mrs Powell to pay his client’s costs for the appeal hearing.

However, no cost order can be executed without Mr Sheppard first coming back to the Court for its permission.

Mrs Powell told the Court that she would now seek legal advice to explore taking her case to the Judicial Committee of the Privy Council.

To assist her, the Court of Appeal advised her to look at a 2016 judgment which determined that leave to the Judicial Committee will only be granted in civil cases when an application “raises arguable point of law of general public importance that ought to be considered by Privy Council now.”

Sir William Bailhache, who had earlier called Mrs Powell’s case a “hopeless one from the outset” added that - taking the 2016 judgment into account - she would face an “uphill battle” to convince the Court of Appeal to let her take her case to the Privy Council.

Mrs Powell’s case is a long and complex one and stems from her falling into significant debt following a divorce a number of years ago. This led to legal proceedings which resulted in her losing the legal title over the St Brelade property.

Jail for busy restaurant worker who refused to do community service