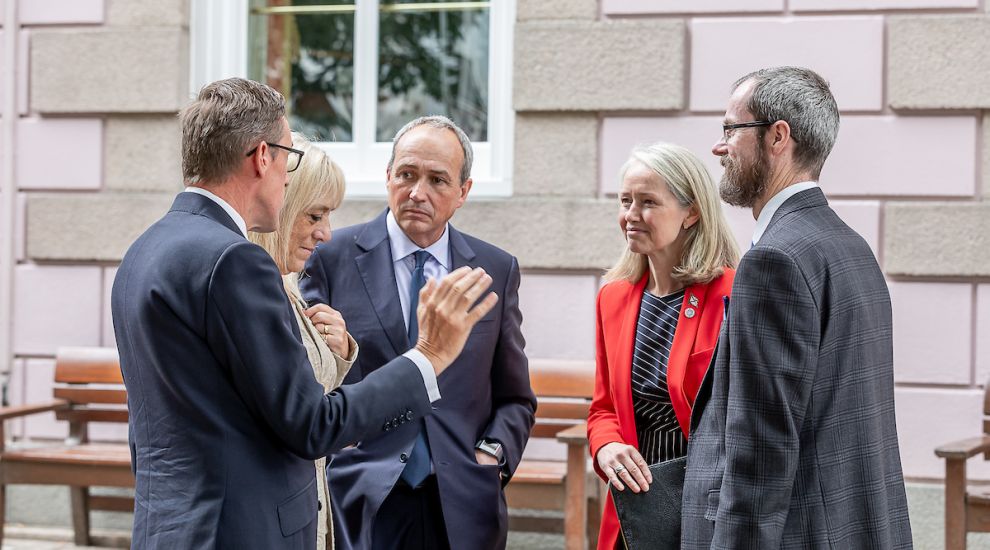 The Bailiff urged new States Members to make the most of the opportunity before them as they were officially sworn in after a “ground-breaking” election this morning.

All 49 Members – 25 who sat in the last Assembly and 24 new or returning faces – stood to swear an oath, or take an affirmation, promising to uphold the “privileges” of the island, meaning Jersey’s right to self-govern on domestic matters.

In a packed Royal Court, presided over by the Bailiff, Sir Timothy Le Cocq, who was flanked by the soon-to-depart Lieut-Governor, Air Chief Marshal Sir Stephen Dalton, Jurats and officials of the Court, the new cohort of elected representatives formally began their four-year term.

An opportunity for a "fresh approach"

The Bailiff said the election – without Senators and with some constituencies very different to what went before – had been “groundbreaking”. He also said that the next Assembly provided an opportunity for a “fresh approach”.

He said: “The oath that you have just sworn and affirmation that you have taken refer to upholding the privileges of the island and opposing whoever shall wish to infringe them. Privilege is a legal term and, in this context, it simply means the right to self-government in domestic matters.

“That autonomy has been achieved by the endeavours of our ancestors and as our elected representatives it is entrusted to you for safekeeping during your term of office. It is duty that I share.”

He added: “Politicians and officials of the United Kingdom have no democratic mandate to speak on behalf of the inhabitants of the island and it is to you that islanders look for the government of this island and for upholding those ancient privileges.

“In the days to come you will be choosing a new Chief Minister, ministers and members of Scrutiny Panels and other officers. It remains an important aspect of our system that each Member can exercise his or her vote and he or she thinks fit.

“Although we have seen a growth in party politics - although the extent remains to be seen in light of the results - it is still the case that the bringer of any proposition, whether a minister or individual member, has to persuade a majority of Members to support him or her.

“A speech from any Member may change the course of a debate and the result, and accordingly, each of you has a vital part and a very considerable responsibility that the electorate has entrusted in you."

“You can each influence the direction that the island takes"

“You can each influence the direction that the island takes," Sir Timothy continued.

“You also don’t me to tell you that you have come to office at a challenging time. There are material challenges that need to be addressed in areas such as housing, the cost of living and other significant issues.

“Jersey cannot hope to remain unaffected by difficulties in the wider world and it is you who have been elected by the public to offer solutions and to steer the island forward in years to come.

“There is no doubt that you will all be faced with difficult political and sometimes personal decisions within the Assembly and the island looks to you for wisdom and for leadership.

“I have no doubt that you will not let the island down.”

"It is said that these are dangerous times... [but] it is the time of the greatest opportunity."

Sir Timothy added: “The Assembly will look very different now than it did on the last iteration. There is a greater move to gender balance, which is, of course, to be entirely welcomed, and without Senators, I expect that the dynamic will inevitably change as Members consider the interests of their constituents in some matters along with those of the island as a whole.

“The most important thing is that every election marks the end of one Assembly and the start of a new one. And it is for every Member to decide what approach the Assembly, the Government, and Scrutiny should have.

“It is a chance to work together in new ways and bring a fresh approach. It is said that these are dangerous times, and that may be true, but they are also times when the greatest change can be made; it is the time of the greatest opportunity.” 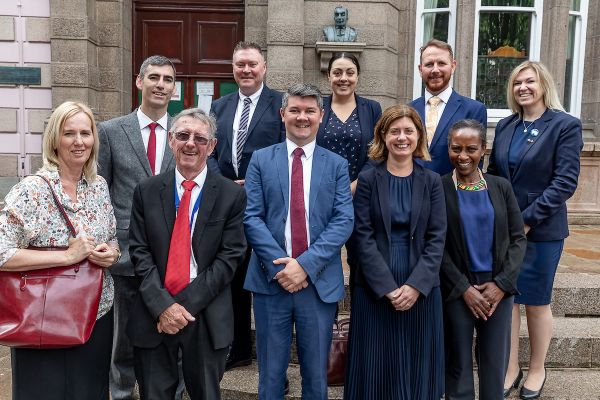 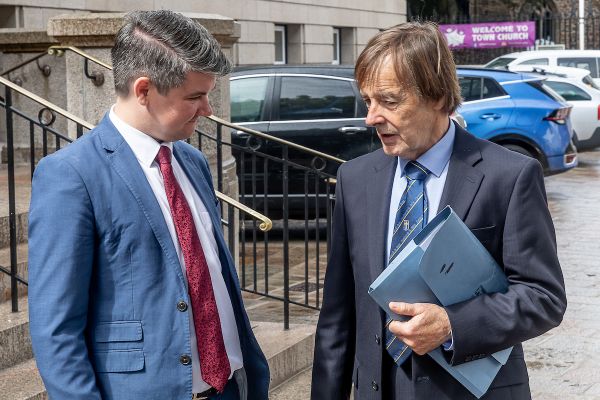 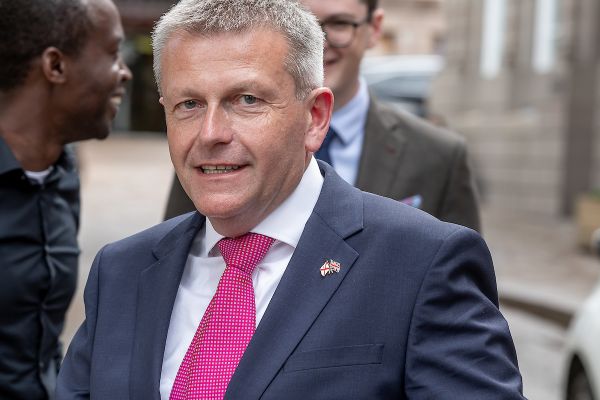 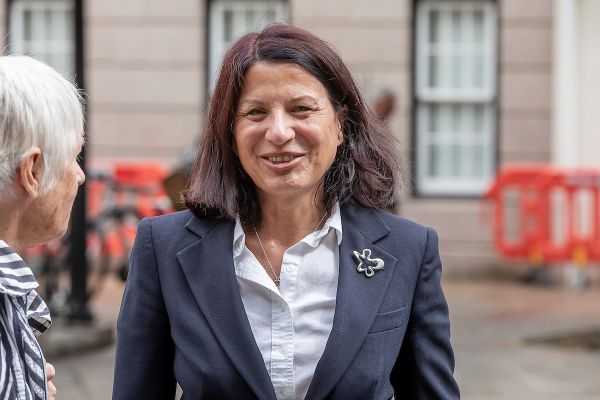 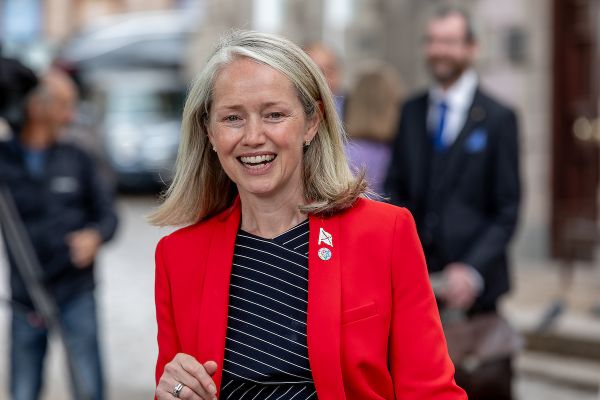 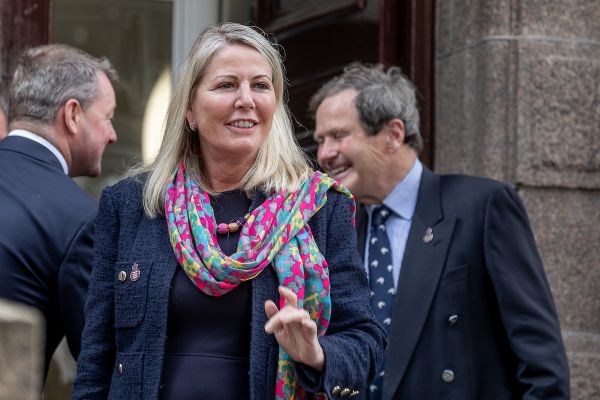 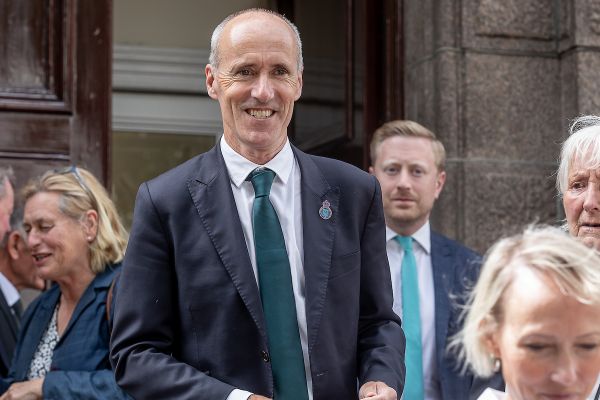 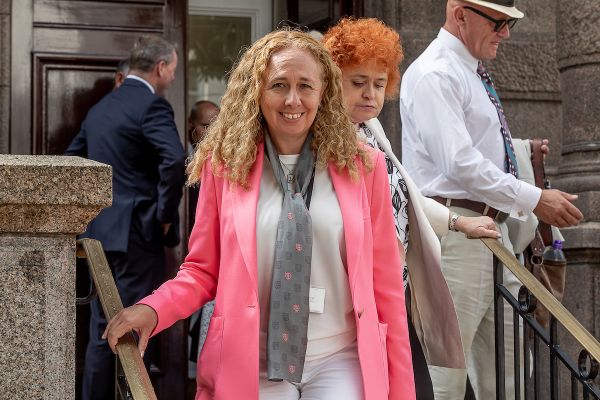 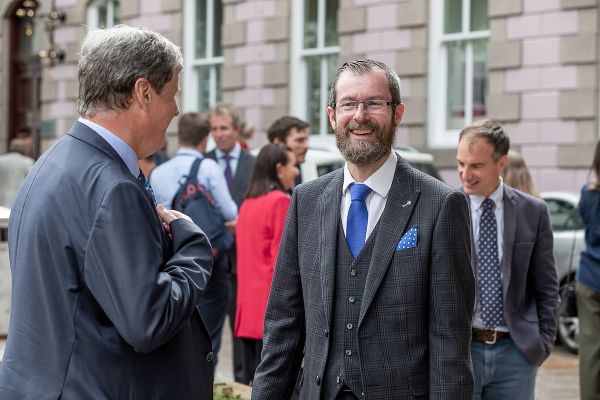 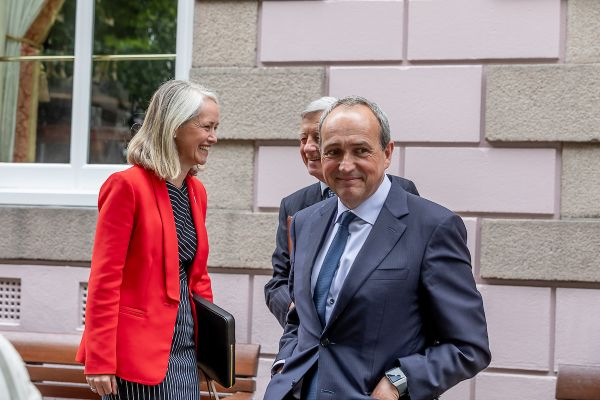 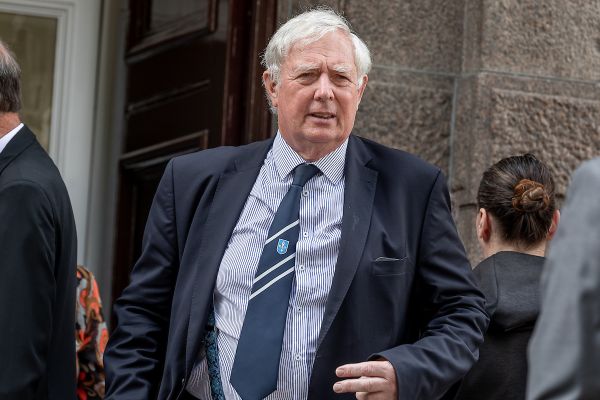 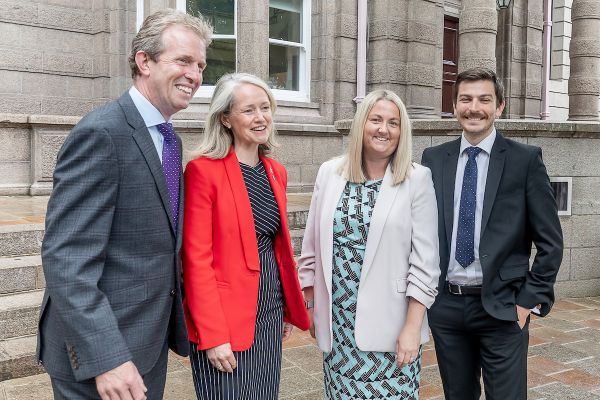 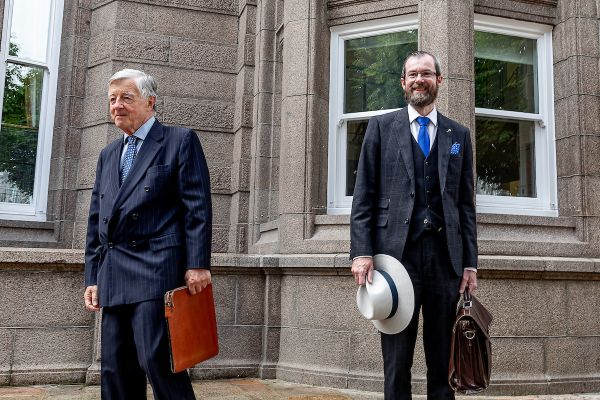 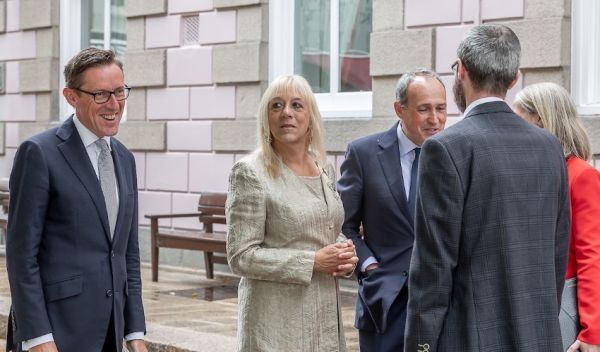 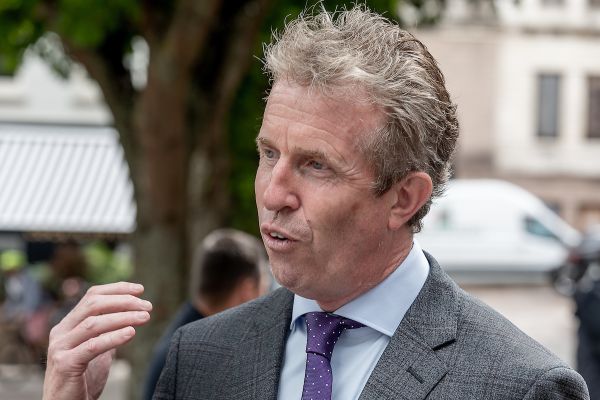 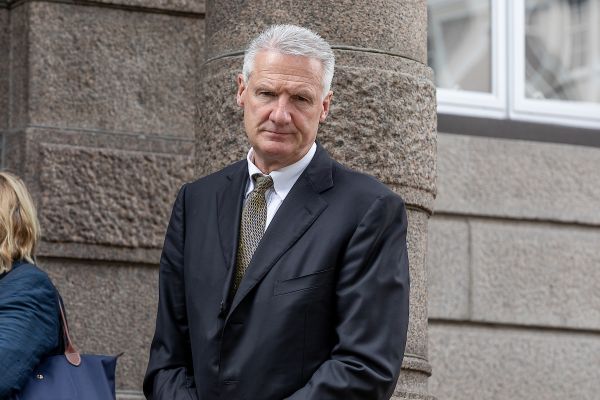 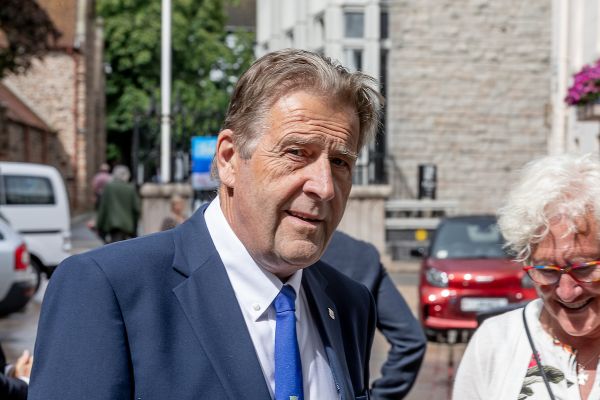 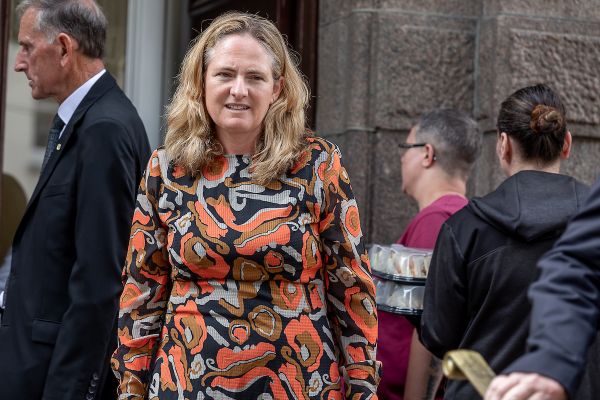 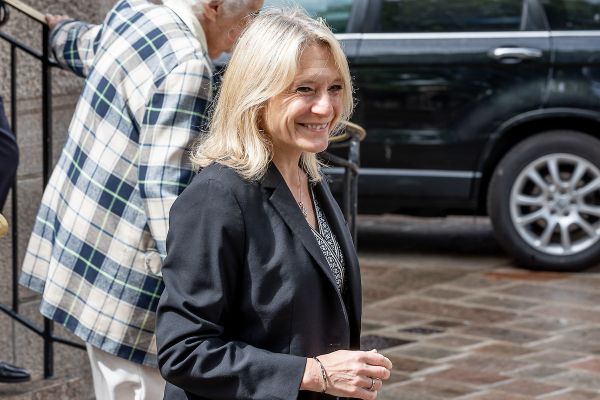 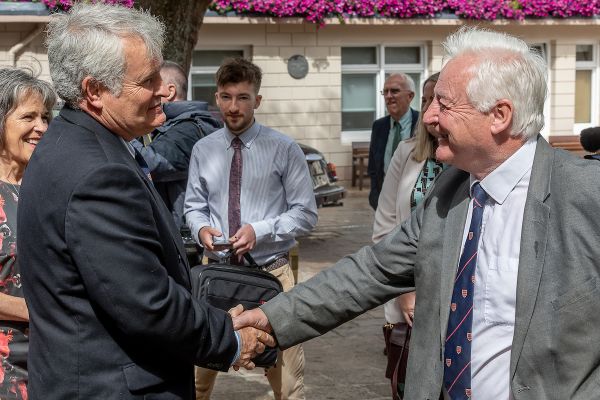 Posted by Jon Jon on Jun 27th, 2022
Like a bunch of school kids at the start of term! Smiles all round ,all friends together till they start falling out!
To place a comment please login Login »