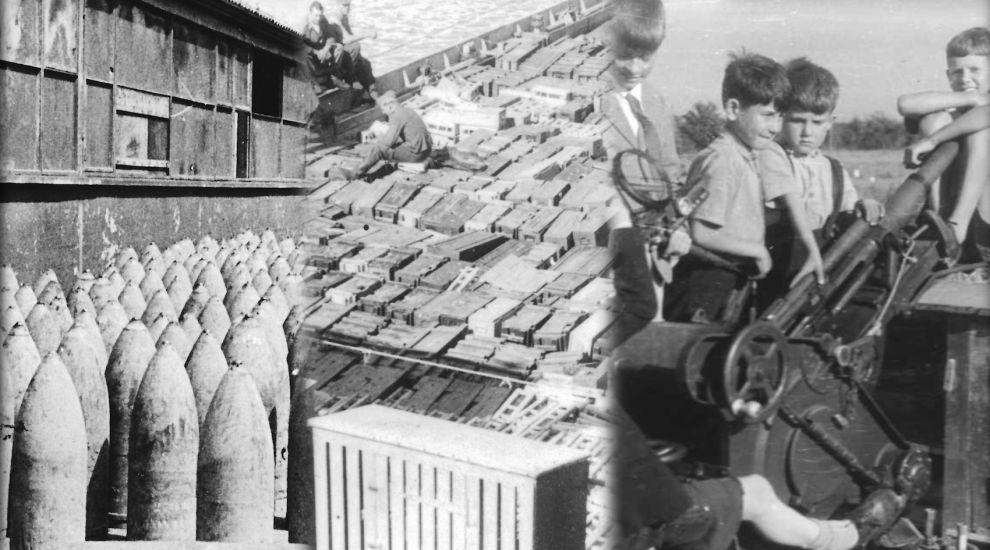 From barbed wire to mines, guns and other ammunition, there was a lot of dangerous equipment to get rid of after the Occupation ended.

Occupation historian Colin Isherwood delves into the dangers of the post-Liberation clear-up in his latest column for Express...

After the celebrations of Liberation 1945 had faded away, the island began to slowly get back to normal.

Approximately 10,000 German troops had been taken away to Prisoner of War camps in the UK and many islanders who had been interned in Germany began to return. Food and clothing which had been in short supply started to arrive on a regular basis. However, there was still a lot of work ahead to make the island safe again.

It is hard to image now, but our nice sandy beaches were once sealed-off with obstacles and barbed wire and were very difficult to access. In the bays of Grouville and St. Ouen, the Germans had installed anti-landing defences, which were telegraph poles sunk deep into the sand.

As they were so difficult to remove in one piece, they had to be cut down close to the base. On the occasional spring tide, the remains of the stubs can still be seen protruding from the sand in both locations. 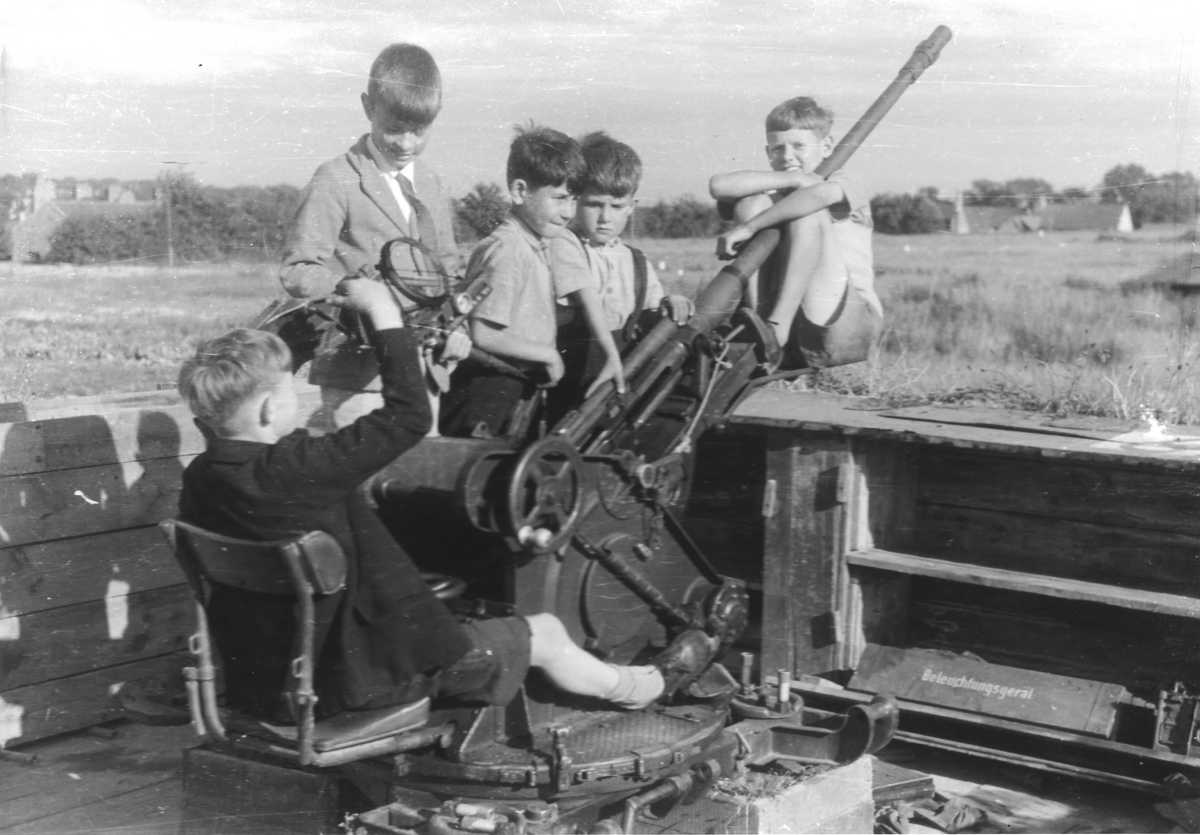 St. Aubin’s Bay originally had slipways at First Tower and Millbrook, but bunkers had been built across them, meaning they were impossible to reopen. At Bel Royal the local authorities spent much time and expense removing a concrete structure that blocked the slipway which eventually allowed public access to the beach once again.

A team of British soldiers were given the task of clearing the Island of its armaments, which was no easy operation as Hitler had personally taken an interest in the Channel Islands and had turned them into formidable fortresses. They were the most fortified area per square mile in Europe and clearing them was not only challenging, but highly dangerous. 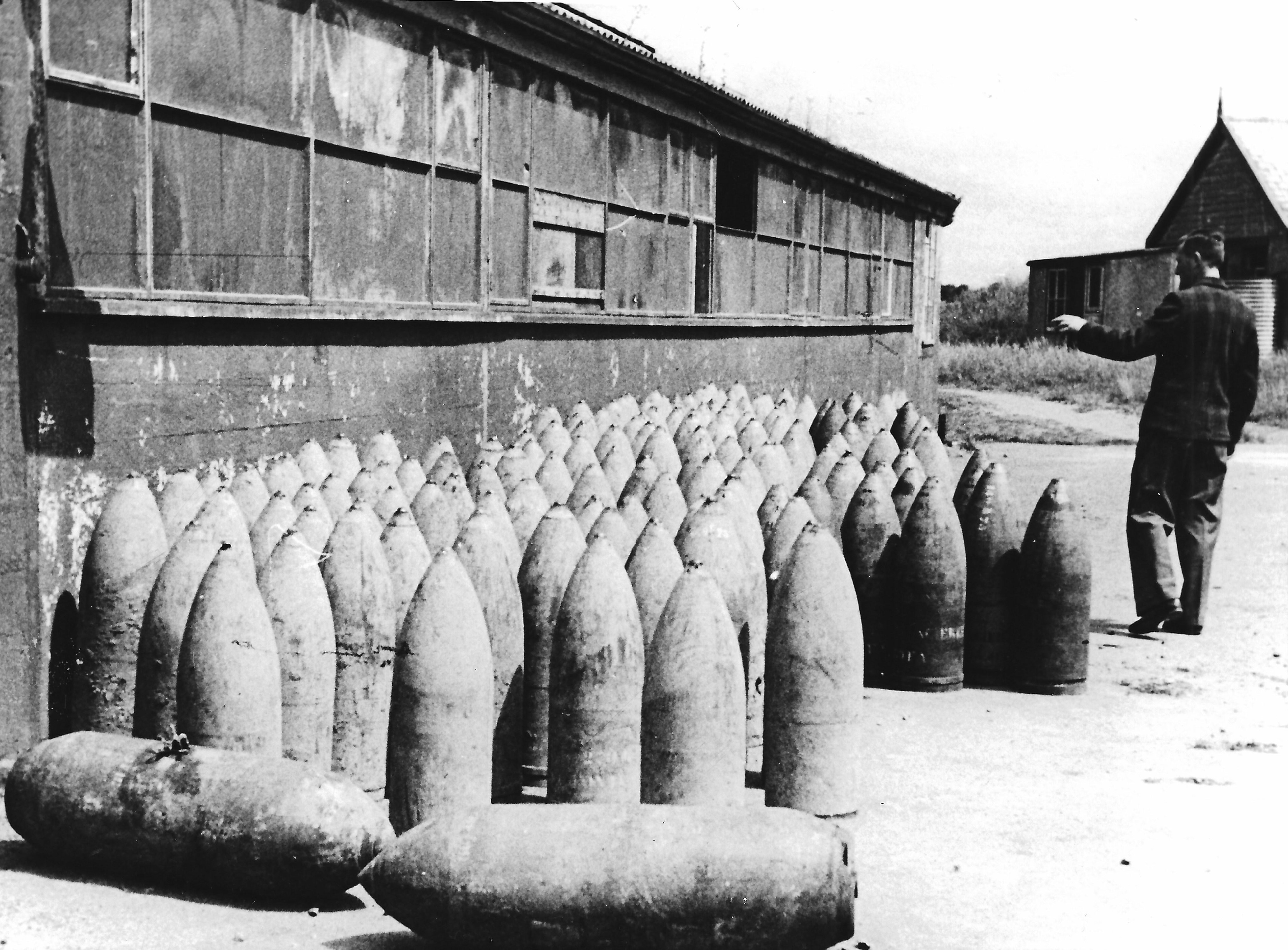 During the course of the Occupation, over 65,000 mines had been laid in Jersey along with miles of barbed wire and to help with the removal, a large number of German Prisoners of War had been retained.

Ironically many of these German soldiers had laid the mines in wartime, but now they were clearing them in peacetime. Handling live ordnance is a very dangerous task and sadly two German soldiers were killed whilst clearing mines in late May 1945.

In addition to the mines, 20,000 tonnes of ammunition, with thousands of rifles, machine guns and heavy artillery had been brought to the island. Very few of these weapons had ever been fired in anger, but all needed to be quickly cleared.

Many of the island’s gun positions were accessible to schoolchildren who used them as playgrounds. 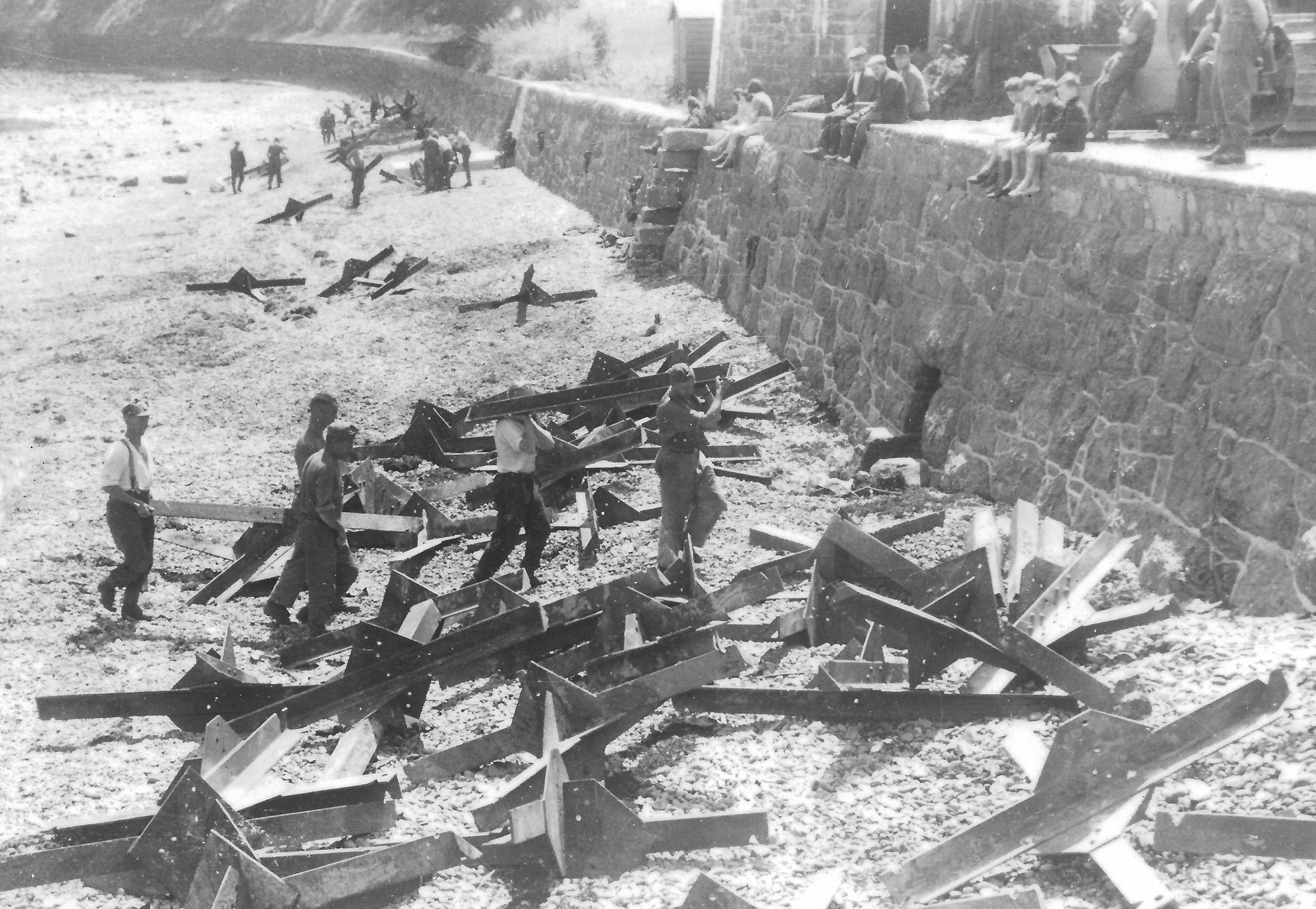 A few years ago, I met an elderly gentleman who had lived near a gun battery in St. Clement, he recalled his boyhood exploits which occurred just after the Liberation: “My friends and I entered this gun position near our homes, the gun was still in its position and so was a stack of ammunition.

"We tried putting a shell in the barrel, but we couldn’t fire it, so we then tried banging the shell on the floor. After that failed, we threw it over the nearby cliff to see if it would go bang!”

Fortunately none of these shells exploded, much to the boys’ disappointment, but I am sure much to the relief of their parents! 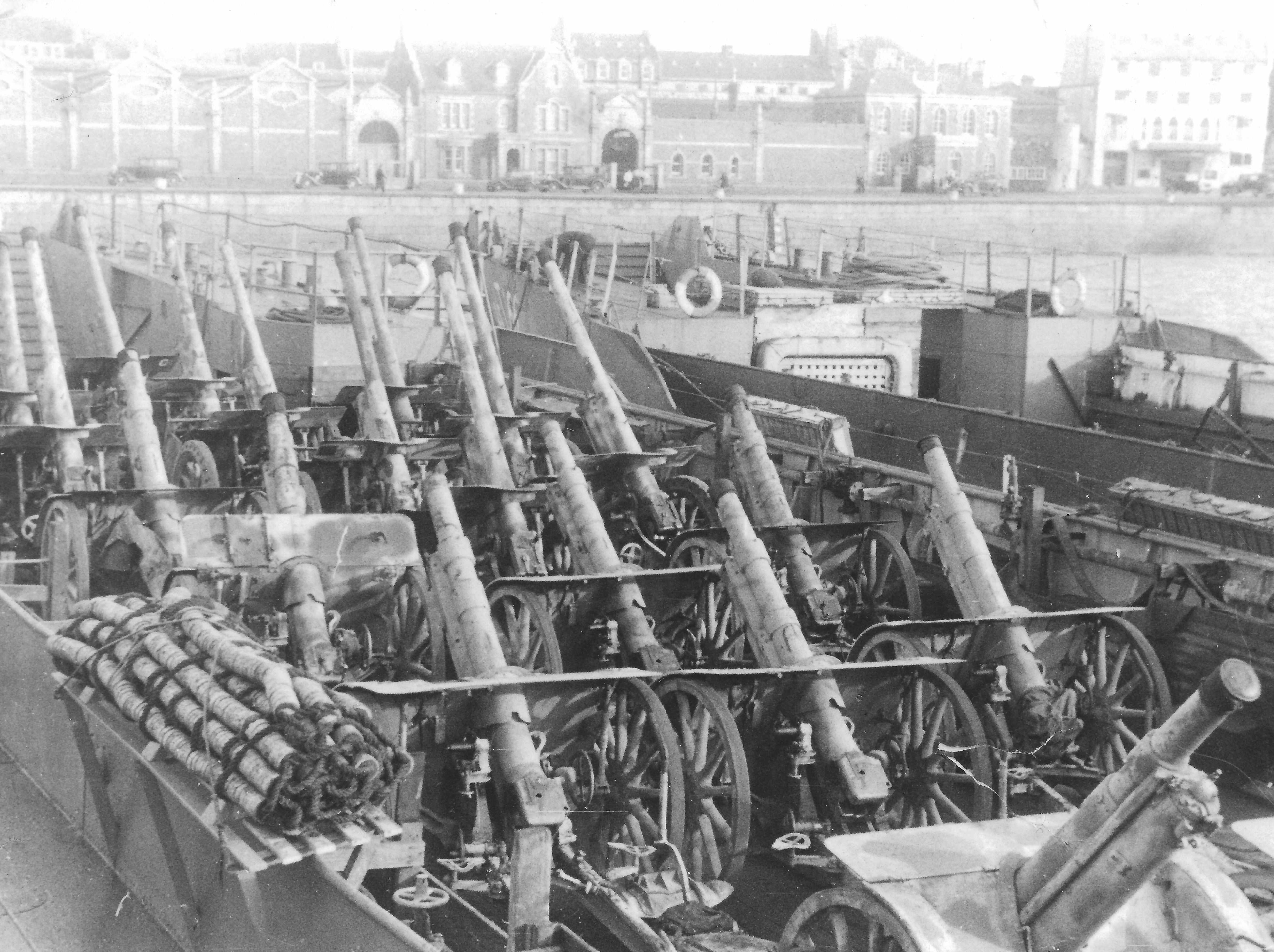 This incident was not isolated, many of the Island’s fortifications and bunkers were drawing in curious teenage boys, with several taking firearms and live ammunition home.

The authorities realised the seriousness of the situation and issued notices stating that it was illegal for anyone to possess German weapons and munitions. Many of the warnings were issued to parents, advising them to tell their children to keep away from the fortifications, and to check if their child had brought anything dangerous into the house.

The British army tasked with clearing the island, gathered up all the medium size field guns and loaded them onto landing crafts and barges and took them to Hurd's Deep, the deepest stretch of water in the English Channel and dumped them, along with thousands of tonnes of munitions and other weaponry. 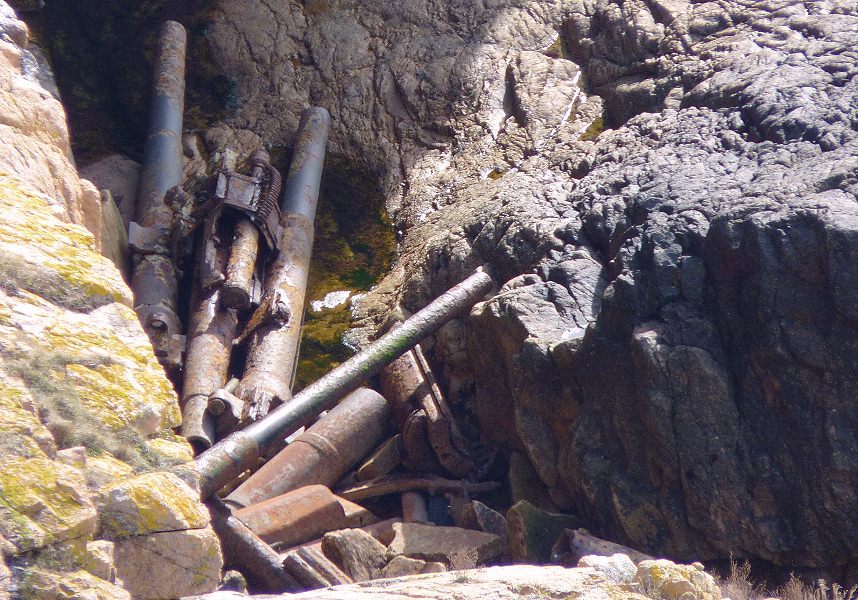 Pictured: Artillery guns at the bottom of a North Coast cliff, Jersey.

The larger artillery guns were taken to the north of the Island and were pushed over the cliffs, where they still lie.

In recent years some have been retrieved and can be seen at the CI Occupation Society sites at Noirmont and Les Landes.

Smaller items and equipment were packed into several of the many tunnels built by the German’s during the Occupation.

One tunnel in Grands Vaux was crammed with tonnes of barbed wire, while two in St. Peter’s Valley were used to dispose of unwanted range finders, field kitchens and thousands of helmets. 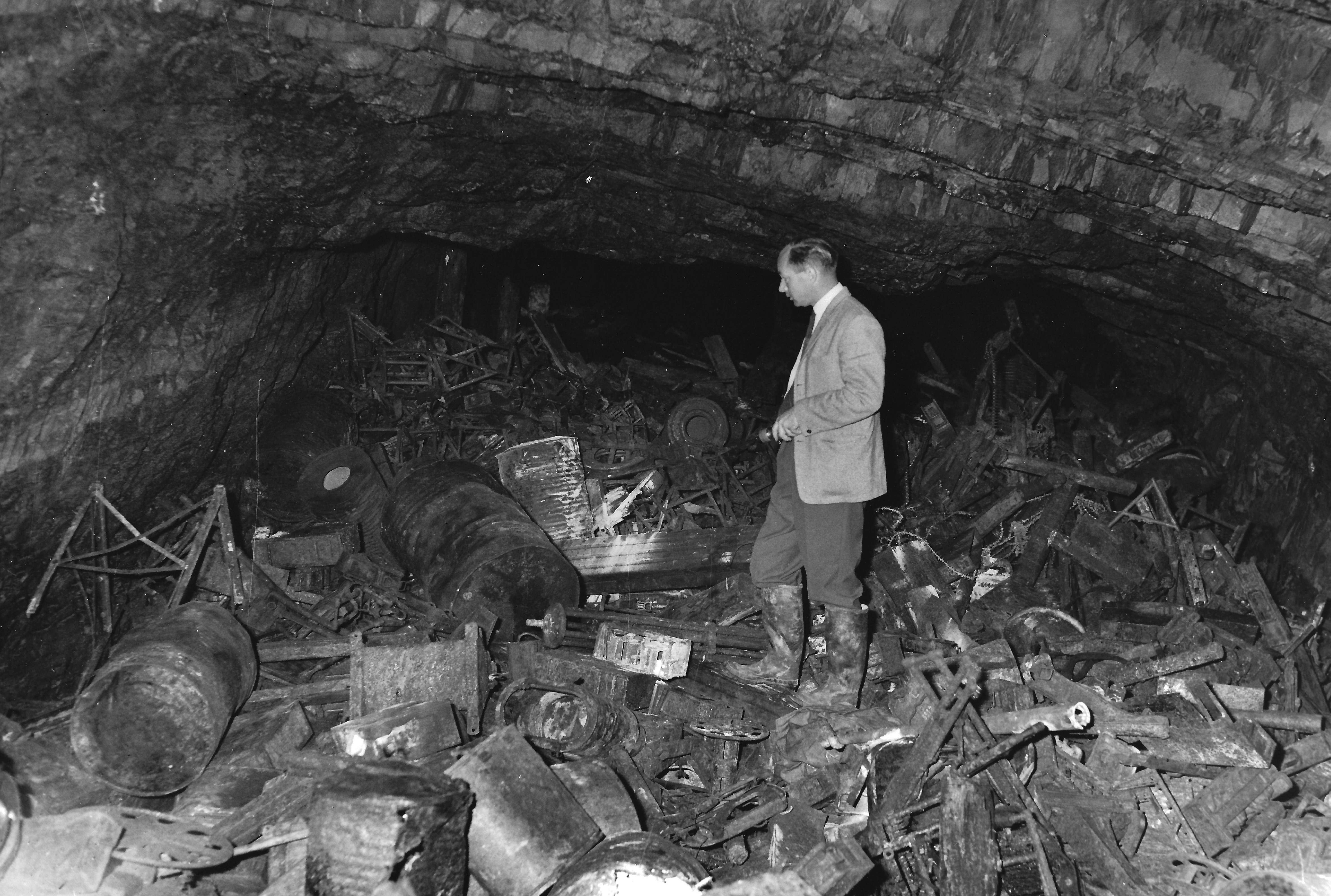 Pictured: Inside one of the Island's tunnels in the 1960s.

Although this method seemed like a sensible approach at the time, it would have a devastating effect a few years later.

In May 1962, two young teenage boys tragically died in one of the tunnels after a fire which had been lit the day before, had consumed all the oxygen.

The tunnel was eventually cleared in the 1970s and 1980s of all its military contents. 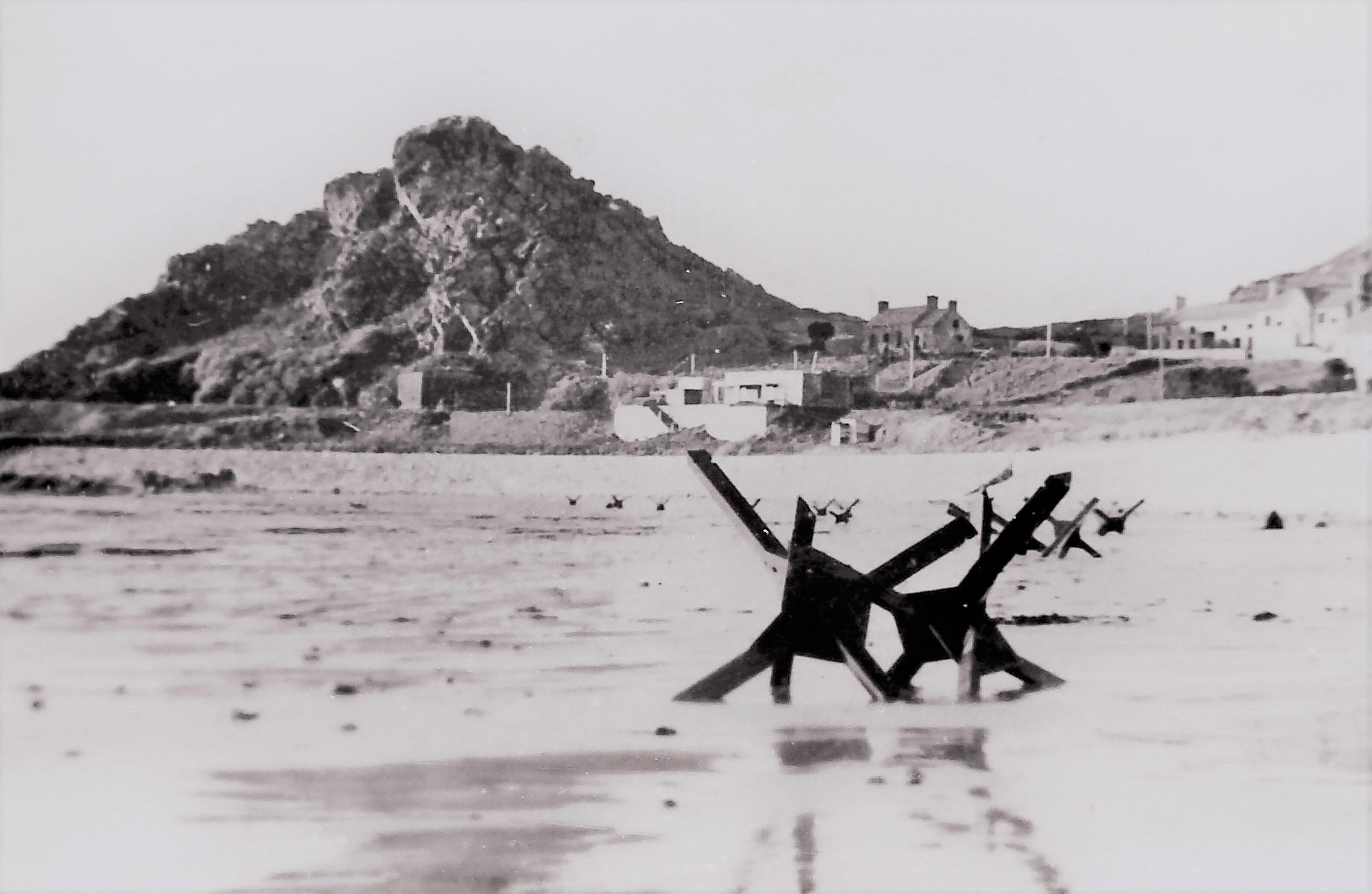 Understandably, in the post-war years, those who had lived through the Occupation didn’t want to be reminded about it, so when a large-scale scrap metal drive occurred in the 1950s, most people did not mind.

It was not until the late 1960s and early 1970s that a new generation began to take an interest and started to see the importance of the Island’s wartime structures.

Now 75 years after Liberation, the identity cards used during the Occupation are inscribed on the UNESCO UK Memory of the World Register and the bunkers which surround the island are listed historical buildings. 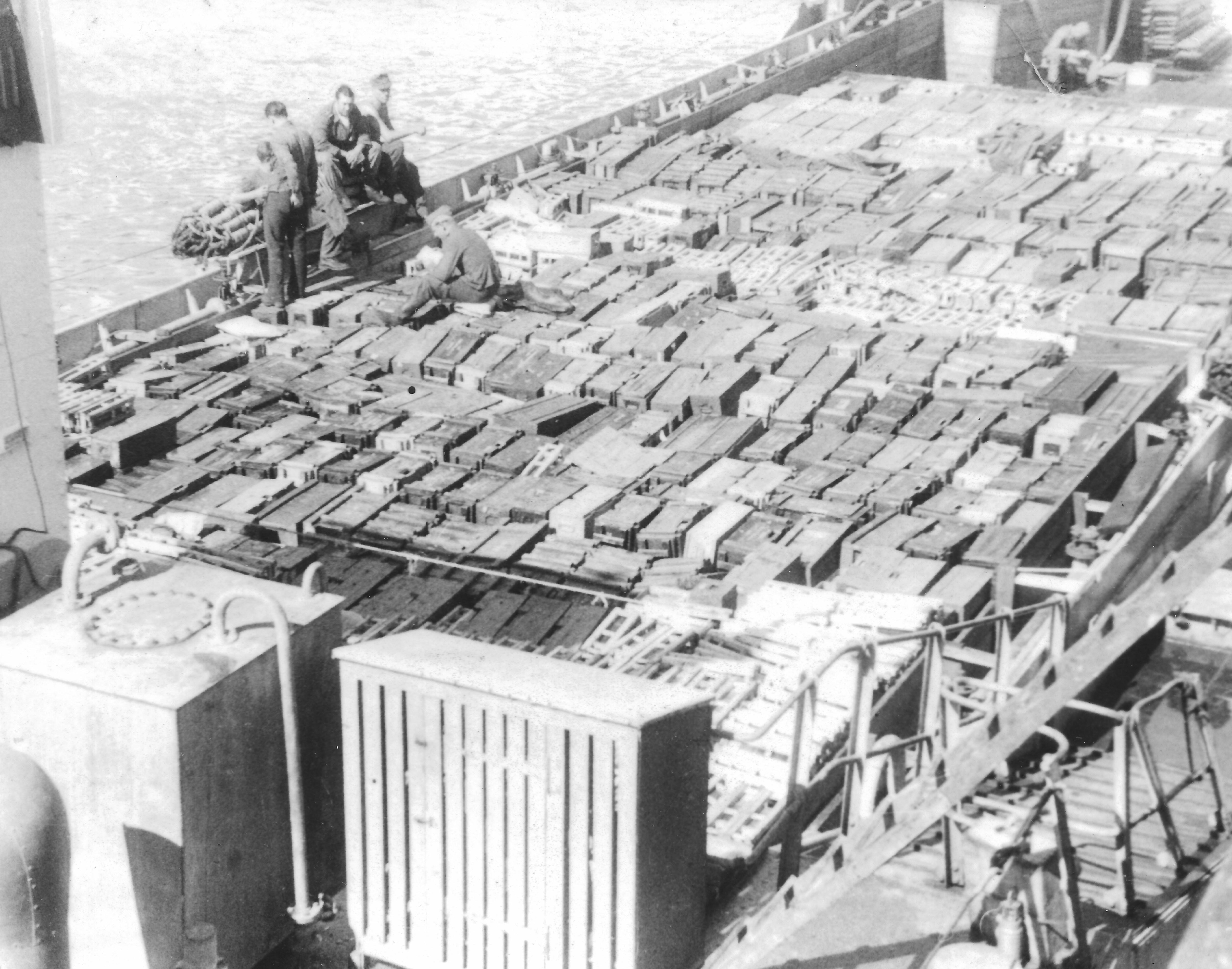 Pictured: Tonnes of live German ammunition about to be dumped at sea 1945.

The British troops with the help of the German POWs did a remarkable job of clearing Jersey of its dangerous armoury, but every so often a piece of ordinance is still discovered.

If you ever see an item of ordnance, never touch it and always call the Police.