Clinical Director criticised for “unprofessional threats” and lack of answers 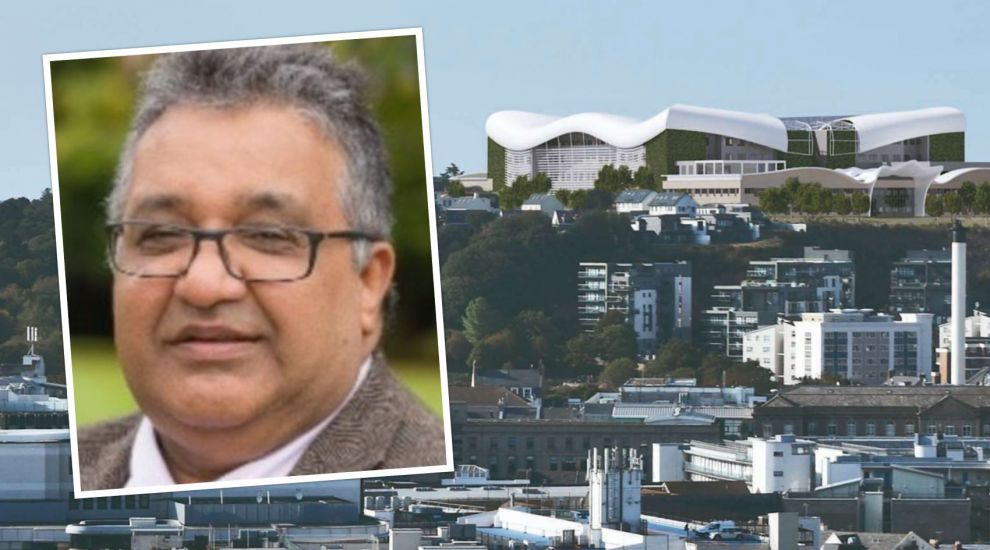 Clinical Director criticised for “unprofessional threats” and lack of answers

The island’s Chief Scrutineer has criticised the Clinical Director for the ‘Our Hospital’ project after he made what she described as “unprofessional threats," and noted that his team has been unable to answer questions brought forward by her panel.

During a Scrutiny hearing with the Future Hospital Review Panel on Wednesday, Professor Ashok Handa asked one of the panel advisors to put a number on “the life or limb of a patient” as she was questioning the content of the Outline Business Case (OBC).

Helen Pickering, Senior Director at Currie & Brown, said that a ‘do nothing option’ should have been provided in the OBC to “prove value for money”, as is normal practice, but Professor Handa said the team had not done so because the current hospital wouldn’t be usable beyond December 2026.

I've never been a fan of 'gun to the head' politics.
Current hospital won’t be usable after December 2026 | Bailiwick Express https://t.co/XuIH7i2PBO

The mention of the deadline did not sit well with Deputy Kirsten Morel, the Assistant Minister for Economic Development, who described it as "gun to the head politics".

Ms Pickering argued that the ‘do nothing’ approach should have been taken forward for “a baseline comparison” and the Clinical Director became agitated, saying she was suggesting he should “put a price on the lives of patients in Jersey."

He then started asking Ms Pickering: “Could you tell us what number to put on the life or limb of a patient?” before being interrupted by Senator Kristina Moore, the Chair of the Panel, who rejected the question as inappropriate.

Speaking to Express, Senator Moore criticised the Clinical Director for his behaviour, reminding that the purpose of the hearing was to gather evidence.

“I was appalled by the unprofessional threats made by Ashok Handa, as you know Scrutiny is an evidence based, objective process,” she said.

Pictured: Senator Kristina Moore said the public are right to be "sceptical" about 'Our Hospital' project, given that the team have not been able to answer questions and failed to provide the information usually expected in an OBC.

Both Senator Moore and Deputy Inna Gardiner, who sits on the panel, also voiced concerns about the missing information in the OBC and the lack of explanation as to why it is missing.

“The public expect an important decision of this magnitude to be made based on strong evidence and facts,” Senator Moore said. “That the team were unable to answer some of our questions clearly yesterday and we learnt that they haven’t provided all of the information usually expected in an outline business case such as the cost of running and staffing the building once it is complete, identifies why the public are right to be sceptical about the project.”

Deputy Gardiner said that instead of gathering information about the “processes, types of data and social considerations which contributed to the creation of the presented OBC”, the Panel had only received “an explanation of why we need a new hospital and the urgency”.

Deputy Gardiner said that when the Panel attempted to ask questions about the “holes” in the OBC, which was said to be “fully compliant” with HM Treasury Green Book - a key document setting out how governments should approach large-scale public investments – they were “pushed back with accusations that we are delaying the project”.

Pictured: Deputy Inna Gardiner said there were "so many unanswered valid questions" about the OBC.

“We haven’t been presented with the shortlisted options and/or even a 'mid range' new build or more economic options, to allow any comparison and enable us to see how these decisions were based on evidence and a process,” Deputy Gardiner said.

“We are presented with a project we cannot confirm has been interrogated, why this size? Why this design? We have no record of what it was compared with.

“Why wasn't the workforce included in the OBC? Why were the facilities management arrangements not included? Why have the social benefits not been calculated as expected in the OBC? The Jersey Care Model and digital programme is outside the scope of the OBC, even though these are highly inter-dependent. So how will this be managed? There are so many unanswered valid questions.”

The St. Helier representative said the OBC presents “only one real option, with several expected items missing and given no explanation as to why” and argued the Panel should be able to ask questions without being told they are putting the lives of islanders at risk by doing so.

“It is somewhere between challenging and impossible to make a decision about value for money as it stands now,” she said. “Whilst I fully appreciate the urgency, I cannot throw out basic financial processes and governance with no explanation.

“I want to be able to question the logic processes and business case of this hospital without being accused of damaging the health of islanders. A final financial burden of over billion pounds will also have health consequences.”

Posted by Danny Moisan on Aug 13th, 2021
it definitely smells iffy! (& its's not the seaweed!) it has from the very beginning, the scrutiny panel is there for a reason, let them scrutinize and if there is nothing to hide then that should be fine?
Posted by Davey West on Aug 13th, 2021
Is it not the case that when scrutiny publishes a statement saying: “We are presented with a project we cannot confirm has been interrogated, why this size? Why this design? We have no record of what it was compared with.
Is this no aligned and joined at the hip with the health departments " We refuse to release the report " What on earth are the Chief minister John Le Fondre and his ministers doing putting up with this frankly pea soup, non transparent behaviour by a tax funded states department ? Election time will not be kind to you.
Posted by Private Individual on Aug 13th, 2021
That is the reason scrutiny was put in place, to hold the executive to account. Which they are doing and they are not liking it one bit!

These are valid questions that need answering.
Posted by Jaroslaw Kukula on Aug 13th, 2021
Good job by The Scrutiny Committee. We should not force our children to pay back 1.4B debt for the next 40 years based on emotional reasoning like “it is like a price of McDonalds Meal per day for 110k people every day for the next 40 years” or being asked to put a price on a life or a limb. Yes - actually most of the modern healthcare systems including NICE in the UK do put a price on a limb or a human life. Spending vast sums on the hospital might deprive us of resources to hire doctors and nurses, to buy the modern equipment and medicines and to save limbs and lives in the future. We are talking a relatively small regional general hospital, it is not Royal Liverpool University Hospital. It should not cost us 1.4B to build it. We should publish all recent benchmarks of similar hospitals completed in the UK and the rest of Europe last 10 years.
Posted by Private Individual on Aug 13th, 2021
Jaroslaw Kukula, you are 100% correct.

That is why it is so important to let scrutiny do the job they are tasked to do.
Posted by nigel pearce on Aug 13th, 2021
These two ladies are doing a great job, which is more than can be said for most of the others.
Posted by anthony turmel on Aug 13th, 2021
well done ladies,its about time we had female power asking intelligent questions and demanding the truth...this Hospital is looking like the biggest production of a pantomime of the western world ever seen.
To place a comment please login Login »