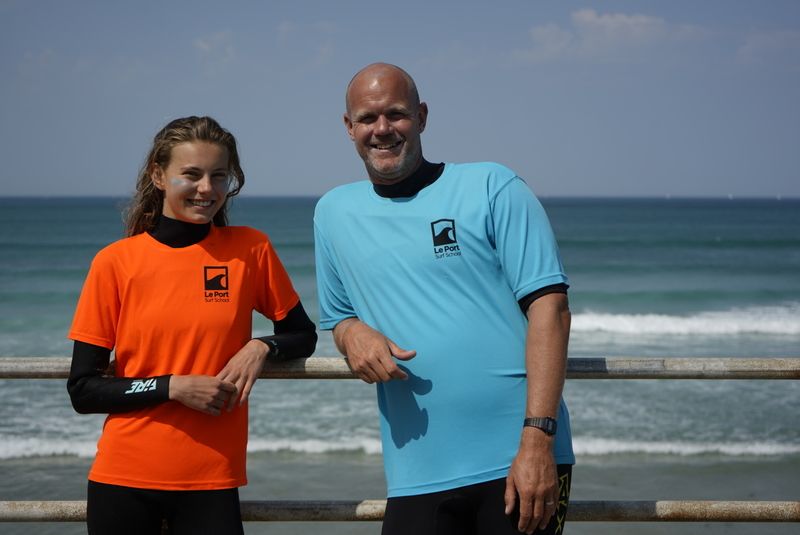 With international seas seeing a rise in plastic pollution, what should be done in Jersey to protect our ocean?

269,000 tons. That is the approximate weight of the artificial burden placed on the ocean. With efforts being made to combat this globally, it is unknown whether the damage done can be reversed.

Jersey's waters are relatively burden-less in terms of plastic when compared to areas like Honduras and the Caribbean.

But, in the first article to come from a 'Reporters' Club' set up in a joint initiative between Express and JCG, Mati Hughes poses the question: "How does Jersey’s surf community approach the inevitable synthetic nightmare of our generation?" 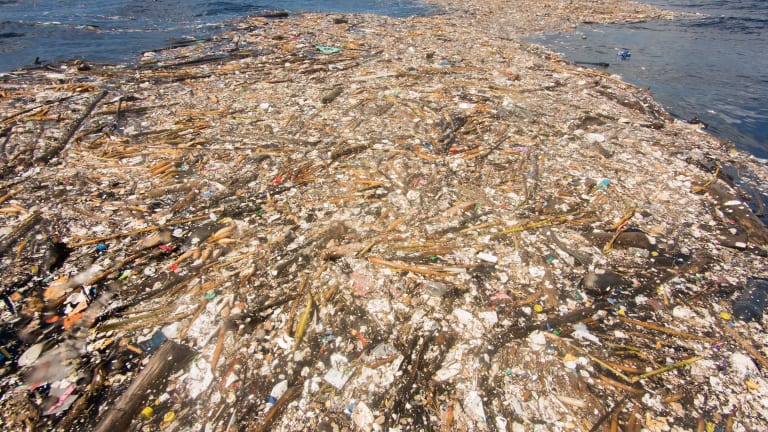 Pictured: The expansive mass dubbed 'The sea of plastic' off the coast of Honduras spans almost 2 miles.

"The people whose lives rotate around the ocean must be the ones who are keen to care for it the most, right? But are they really interested, or are those who want to make a difference outweighed by the outliers who don’t? It’s easy to see the allure of a life where you spend all of your days chasing the waves. Surfing your worries away.

But shouldn’t one of those worries be the rapidly changing state of our seas? It can seem like a very distant issue when tearing up the crystal clear waters of St. Ouen’s Bay, however the constant headache of cleaning up our world isn’t so hidden when you surface.

Lager cans, takeaway containers and empty sauce sachets are just some of the litter that local surf instructor Gareth Bailey has picked up along the shoreline. He believes laziness is the culprit, ‘If you can cycle or jog with the full bottle then you can carry it when it's empty as it's lighter’.

Of course, being on an island, it's often difficult to tell where the waste is coming from as a lot of it originates many miles from the sea, often from rivers. If people aren’t seeing the impact the litter they are dumping has first hand, then they are unlikely to care or want to do anything about it.

That said, it does seem like Jersey’s surfers as a whole are inherently protective of the ocean. Organised beach cleans around the island are on the rise and we are staring to see campaigns to stop actions like balloon releases too, which are extremely dangerous to animals.

An issue that has been raised worldwide is the fact that our struggling environment will soon be passed onto the next generation, so in addition to teaching children to surf, Gareth is keen that youngsters become aware of the effects of pollution on the creatures in our ocean. As part of a ‘Surf and Learn’ day with St. Martin’s School, he delivered a beach-school lesson on adaptation and ocean pollution linked to their science topic.

The year 5 students invented creatures like the ‘red backed platus’ and ‘turtle-shark-aliens’ made from stones and seaweed in the sand. Although the children could use their imagination in designing their animal, the ways the creatures died were down to many different types of pollution, issues that are very real.

It is fitting that Gareth is determined not to become complacent with waste, he has seen first hand the effect the things we throw away can have on beaches, even in paradise. Whilst on a trip to Bali five years ago, he stated that the plastic was ‘thick in the water’ where he was surfing.

These experiences were repeated on a recent adventure in Sri Lanka, although the conditions there weren’t as severe, the beaches were still scarred by pollution. An effort was being made to clean up but that involved digging a hole further up the beach and burying rubbish there.

Progress is being made over in the Indian Ocean, and small scale recycling is just starting to happen. With the addition of Eco Tourism, things could start to improve. However the underlying problem will take a lot more resolve. Both Bali and Sri Lanka are poor countries, desperate for the money that tourism brings, and with tourists come a glut of plastic waste.

A desire for ‘luxury’ items like shampoos and detergents in small, single use plastic containers also brings a steady stock of rubbish that the government simply don’t have the infrastructure to deal with yet.

Thankfully, in Jersey, we don’t have to deal with this yet, but we still need to watch out. Plastic bottles and food containers are well renowned for causing an issue with single use waste, and it's often food outlets that get the blame for it.

A favourite haunt of Jersey surfers like Gareth is 'The Line Up'. Providing hungry ocean goers with vital sustenance like burgers, hot dogs and coffee, they seem to be starting to do their bit to protect the ocean. Although bottles of water are still plastic, all food is served on paper trays.

It does seem that as a community, Jersey’s surfers are fiercely proud of their ocean and are keen to protect it, but with the shocking conditions that many of them are seeing around the world, one can’t deny that it is our duty to teach future generations about how we should treat our seas in order for them to stay as beautiful as they are now to surf in."