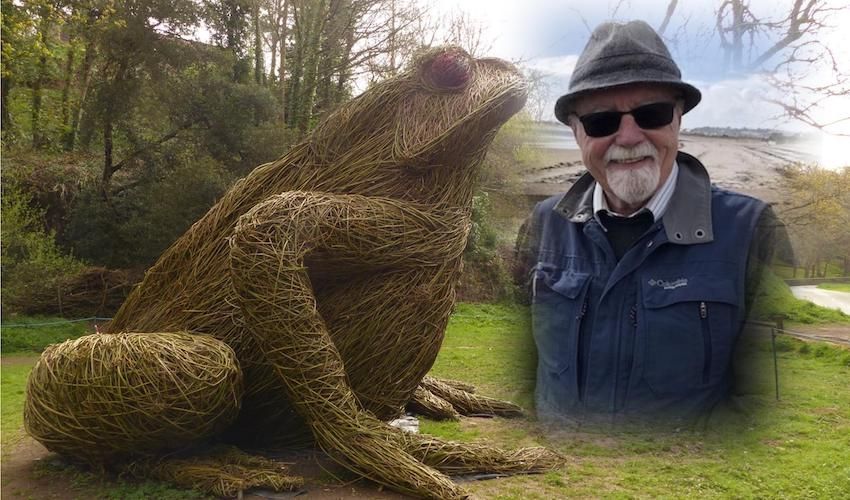 A local environmental campaigner has queried the impact sculptures can have on the natural landscape, as public art trails increase in popularity.

From willow sculptures by local green man Alcindo Pinto to the more recent ‘Go Wild Gorillas’, Mike Stentiford MBE shares his thoughts on how to put both nature and sculpture on a pedestal.

This month, the Express columnist discusses how public art can accentuate rather than clash with the environment…

“I clearly remember, some years ago, being entranced during a walk through the New Forest on what was described as a ‘willow nature trail’. A circular track took in one or two of the hidden gems of the forest that, likely as not, walkers would not necessarily stumble across on their own.

But, instead of being given a map or confronted by signage, walkers honed up on their navigational skills by seeking out some remarkable willow-sculpted members of the local wildlife community.

It’s easy to imagine the intrigue when first coming across a willow badger then, when turning left at the fox and right at the wild boar, confronting a magnificent roe deer standing alongside its well-hidden willow fawn. It proved a fascinating learning curve that quickly morphed into a far better understanding of the forest’s ecology and diversity of wildlife.

Such an initiative is not too far removed from the ‘toad trail’ in Waterworks Valley where the National Trust for Jersey commissioned a wonderful series of willow tadpoles, toadlets and, as a grand finale, a massive five metre high willow toad. Discovering the story of an amphibians metamorphosis made from natural materials and in such natural surroundings surely has to qualify as a top-notch provider of educational wellbeing?

My honest belief is that providing there’s an absence of intrusion into the surrounding environment, then willow sculptures, in particular, have a discreet role to play when sensitively enhancing a rural landscape.

It’s something of a far cry from the recent ‘gorilla trail’ although few would dare decry the worthy intentions behind such a colourful initiative. While the artistically conceived beasts certainly added a distinct ‘fun aspect’ to many an urban location, personal misgivings proved paramount over the handful of those positioned in sensitive parts of the wooded countryside.

To everyone’s credit, however, the project was only temporary and obviously proved both financially beneficial to the cause and hugely popular as a family-friendly adventure trail. 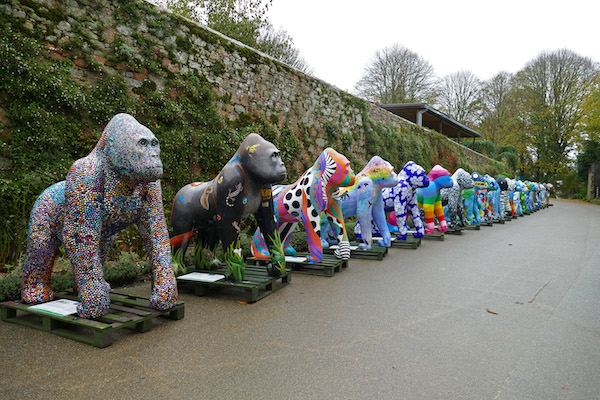 Pictured: The 'Go Wild' Gorillas have been scattered around the island over the summer (Durrell).

There is, though, nothing new in such artistic creations: exquisitely carved granite maritime shapes and objects are there for the finding along certain stretches of our southern headlands.

With such inspirational sculptures proving so popular, it’s evident that ‘art in the landscape’ could be on the cusp of some future financial investment. The extremely generous offer for either an Angel of the South or, alternatively, an Angel of the West being a prime example.

My concern with this is that while few would deny such a generously supported concept, the undoubted beauty and character of our coastline has little need of such human interference…

It’s a lucky person who, these days, can discover a part of the island’s coast or countryside that isn’t ‘non blessed’ by some kind of human intrusion and it’s my honest belief that, however imaginative a sculpture is, rarely can it be a comfortable companion when competing with the grandiose of a surrounding natural environment.”