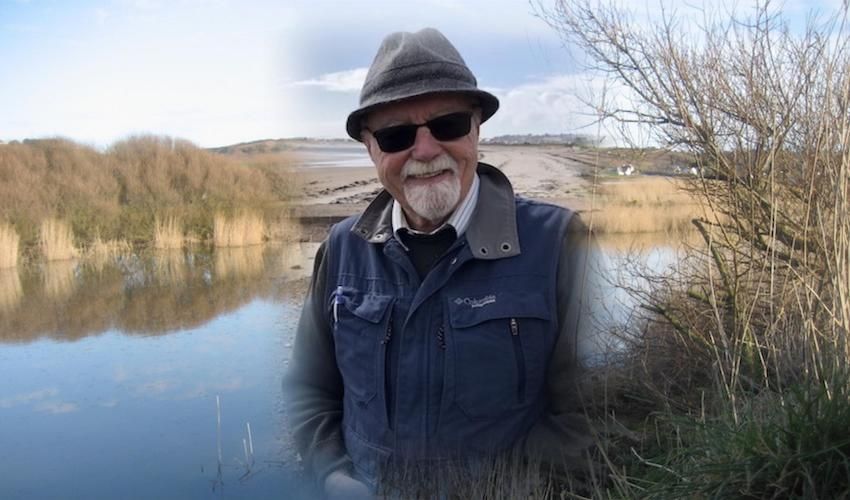 Although preserving the natural environment doesn’t just happen overnight, perhaps the diary is a mightier tool in the fight to save the planet than was first thought.

From bank holidays to anniversaries, remembrance and awareness is filling up more of our calendars than ever before, but how does the environment fit into this diarised approach to bringing about change?

For local environmentalist and Express columnist Mike Stentiford MBE, observing these new holidays could be a big opportunity to make the natural world the centre of days, months and years ahead...

“Hardly a week goes by without the setting aside of a special day dedicated to this, that or, on certain occasions, something of significant urgency.

While many of these awareness/remembrance days successfully focus on important issues such as health, poverty or homelessness, others, despite extending a message of truthful sincerity, sometimes appear well beyond the boundaries of Planet Earth.

For instance, while accepting that many Americans proudly dedicate their thought-waves in celebration of ‘Independence Day’ or ‘Martin Luther King Day’, one has to question the benefits gained from such tenuous annuals as ‘Appreciate a Dragon Day’ or ‘Read in the Bathtub Day’?

Pictured: When our calendars are being filled up with new awareness days, Mike Stentiford MBE sees an opportunity for environmental causes.

It’s very evident that throwing oneself into the spirit of a ‘special day of awareness’ is something that the citizens of the United States of America are pretty smart at doing.

‘Groundhog Day’, for instance, has become internationally famous (not least for topping up the tourism coffers) by annually attracting over 40,000 visitors to Punxsutawney Pennsylvania.

Taking on a far more serious tone is the United Nations, an august body that each year delivers no fewer than 160 days of special observance.

While accepting that the majority of individual ‘observances’ have specific merit, some manage that extra bit of oomph to sustain the public conscience far more permanently than just 24 hours.

This is not an easy thing to achieve in a world chock-full of international issues and personal anxieties.

Thanks to constantly developing concerns over such comparative newcomers as climate change and marine pollution, environmental issues also rightly appear to be gaining traction in the public mindset.

Anything that can capture public recognition as to what we are collectively doing to an environment that we’re all totally dependent on should, by anyone’s reckoning, attain the highest level of global support.

Putting such support to the timely test is ‘World Wetlands Day’ - an international celebration of the values and benefits of wetlands everywhere around the globe.

This now fully recognised ‘day’ is celebrated annually on 2 February, the date being significant with the signing of the ‘Ramsar Convention on Wetlands’, a prized document that was ratified in 1971 in the Iranian city of Ramsar.

Since that time, government agencies, non-government organisations and volunteers at all levels of the community, undertake activities aimed at raising levels of understanding for the worlds marine and freshwater environments.

As an island already in receipt of Ramsar designation, Jersey has been very well placed to celebrate World Wetlands Day for a number of years. By again joining other countries worldwide, 2019 will be no exception. On Saturday 2 February, Jersey’s Ramsar Management Authority will be showing their environmental credentials at St. Clement’s Parish Hall and Le Hocq Round Tower.

Similarly, within Jersey’s west coast National Park, The National Trust for Jersey will be extolling the many natural attributes of St Ouen’s Pond and its watery environs.

The ultimate wish of every environmentalist is that the success of ‘World Wetlands Day’ will only be proven if its visionary aims live longer in the public mindset than the allocated 24 hours.”