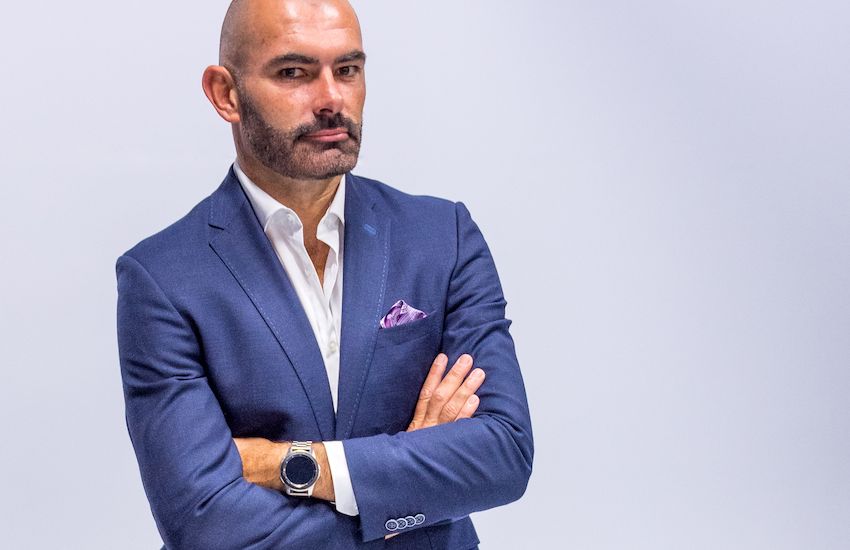 When people ask this local tech guru, “What has fibre ever done for us?”, he says he's reminded of the Monty Python's famous Romans sketch... and Baby Yoda.

The regular columnist and Head of Digital Jersey's Academy explained why the upgrade from copper cables matters so much...

"I can understand when teens ask the question - they’ve been surrounded by wireless mobile technology their entire lives, after all - but anyone who ever marvelled at the indestructible Nokia 3310 on 1st September 2000 should know better.

Recently and proudly, JT announced that Jersey no longer has any copper cable as part of our island's telecoms network. While many do not care about this momentous fact, and probably never will, it will nevertheless affect their lives in a substantial way.

Video: Rory says conversations around fibre often remind him of this Monty Python sketch from the Life of Brian.

2019 saw Jersey become the world's first full-fibre jurisdiction, providing ubiquitously available speeds of up to 1Gb, making us the most connected place in the world. In this area, Jersey is not just world-class at telecoms, we are world leaders. This led JT to win the 'The Best Network Transformation' accolade at October's World Communications Awards.

To complement this staggering fact, we are also third in the world for internet speeds. At this point, some people may say "my internet is slow", but, simply put, you need to upgrade your home router and ask someone in the know about Mesh Networks. The fibre feed to your door is flawless.

But why should you care? Many people are now turning to only use internet streaming for their TV viewing. Choosing to ditch traditional Sky boxes and move to different combinations of Netflix, Prime, Sky Now, online versions of terrestrial media and the new Disney+, just to watch baby Yoda. Sometimes this move is to save money, often just convenience, the ability to watch your media anywhere, anytime.

Video: Many people are moving their television viewing to internet platforms, with Baby Yoda pulling in new viewers to the newly launched Disney+.

However, as TV screens improve, many people have 4K screens. Even 8K is on the near horizon. This improvement of screen quality means Streaming Channels are starting to use substantial internet bandwidths. Some places in the world are struggling with this already, with pixelated or frozen streams. In Jersey, it doesn't even blink. Why not? Fibre.

As we take more and more high-quality photos and videos on increasingly impressive smartphones our photos are backed up when we get home. Years ago, this often meant that the internet speeds would grind to a halt in the home for an hour or two while our family memories uploaded to the Cloud. Now, not a blink. Why? Fibre.

As Christmas arrives, I'm reminded of family gatherings when we tried to video call friends from overseas, but with more than 10 devices in the house the image would pixelate or not even connect. Now, not a blink. Why? Fibre.

Pictured: Christmas communications are much easier now thanks to fibre.

Whether it's work or play, our lives are now dominated in The Cloud and that is going to increase exponentially. Jersey won't feel that pain and we will probably never fully appreciate the hard work of the men and women who laid our world-class fibre.

...and 5G, well that's another topic where Generation Nokia 3310 should know better, they've had 1, 2, 3, & 4G data over nearly 40 years to try and prove any negative health effects without success.

In a few years, I will be just as frustrated with people asking me, "What has 5G ever done for us?" with speeds 10 times that of 4G."

Jersey 'could be FinTech leader'

“Lessons learned” from eGov to inform £28m IT strategy