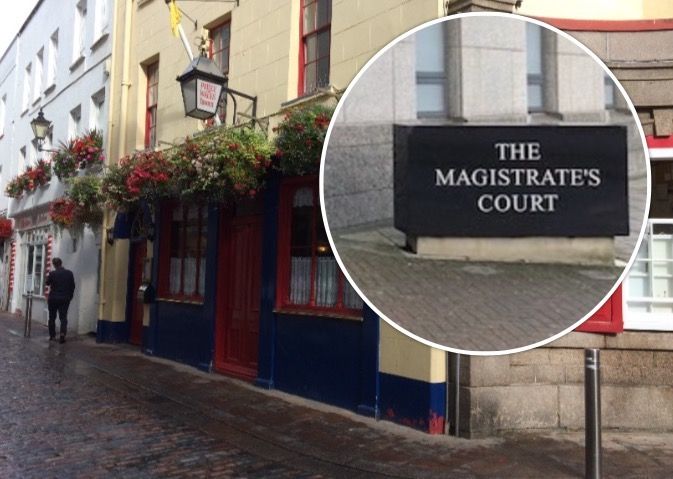 A man who knocked a woman’s attacker unconscious has been given community service and made to pay £1,500 compensation.

Jose Fonseca, who was sentenced in the Magistrate's Court this week, intervened in the domestic dispute in the early hours of 30 June.

The Magistrate's Court was shown CCTV footage of the incident.

In it, the woman appears to be drunk and pushes the man away a number of times. He pushes her back and she falls over. Then, after getting back up, she is seen throwing a punch which hits him on the shoulder.

It’s at this point the accused, Jose Fonseca, who knows the woman, throws a single punch at her attacker, hitting him in the face and knocking him unconscious. The man was in hospital for two days.

Fonseca fled the scene. However, he was later identified from the CCTV footage and interviewed by the police.

In court, Fonseca’s defence lawyer said his anger “had bubbled over having seen a female being attacked”, but added that Fonseca acknowledged his actions had been “inappropriate”.

Sentencing, Relief Magistrate David Le Cornu said “fighting in the streets of town normally means a custodial sentence”, but in coming to his decision he said he'd taken the defendant's previously clean record into account.

Fonseca was subsequently ordered to pay £1,500 and told to complete over 100 hours' community service.

Posted by B De Gruchy on Aug 30th, 2018
She (no name given) was attacking the man (no name given), pushing him, he then pushed her back. She then threw punches at the man. At that point Fonseca punched the man hard enough to put the man in hospital for 2 days. From what was reported, she should also face charges, though lesser chargers, for her attack.

The man, who was hospitalised and could have been killed or face permanent disability, was just defending him self.
To place a comment please login Login »