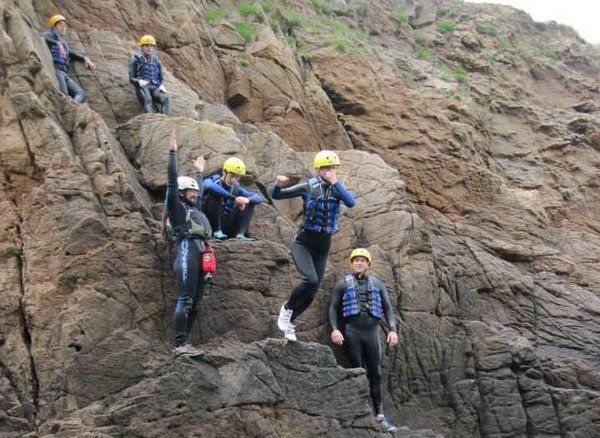 Local teams will be pushing themselves to the limit this weekend and battling it out against each other to help raise funds for Islanders beating addiction.

The Silkworth Challenge begins at dawn tomorrow with a coasteering leg from Grève de Lecq to Devil’s Hole on the north coast and will see 15 teams of ten people competing in the ten stage relay either at sea, along cliff paths or on roads.

Competitors will run, cycle, canoe, swim or kayak their way around the Island before returning to Grève de Lecq for sunset.

It will include all 12 parishes to reflect the “12 Step” recovery programme – used by Silkworth to help Islanders kick their drug or alcohol addictions.

Silkworth’s Chief Executive Officer Jason Wyse said as well as raising funds they want to raise awareness of the work the charity does to rebuild lives, families and relationships devastated by substance abuse.

He said: “Everyone at Silkworth is looking forward to Saturday and we wish all the teams the very best of luck. It may be a cliché to say “it is not the winning but the taking part that matters” but the Silkworth Challenge is a real test of fitness, endurance and teamwork so each competitor should be proud of what they achieve on the day.

“But the best thing about taking part in that they will be helping to raise awareness that drinking too much or becoming a habitual drug user causes harm not just to the addict but also for their loved ones. However, It is an illness that can be, and is, treated successfully.”

He said: ‘Putting the challenge together has been a privilege for me and Saturday promises to be an amazing day. After more than a year in the planning I cannot wait to lead the competitors into the sea for the coasteering stage. Without the support of so many people including the parishes, emergency services, States departments, sports clubs and Vingtenier Mitch Couriard it wouldn’t be happening so we are grateful to them all.’

The winning team will pick up the Silkworth Extreme Team Challenge Overall Winner trophy and each team member will get a gold medal. There will be silver medals for the team that come second and bronze for those in third place.

There will also be a trophy for the person who raises the most money who’ll get to put their feet up with an overnight stay at a local hotel.

There’s also a trophy for the team that raises the most.

The Extreme Challenge is on for this weekend