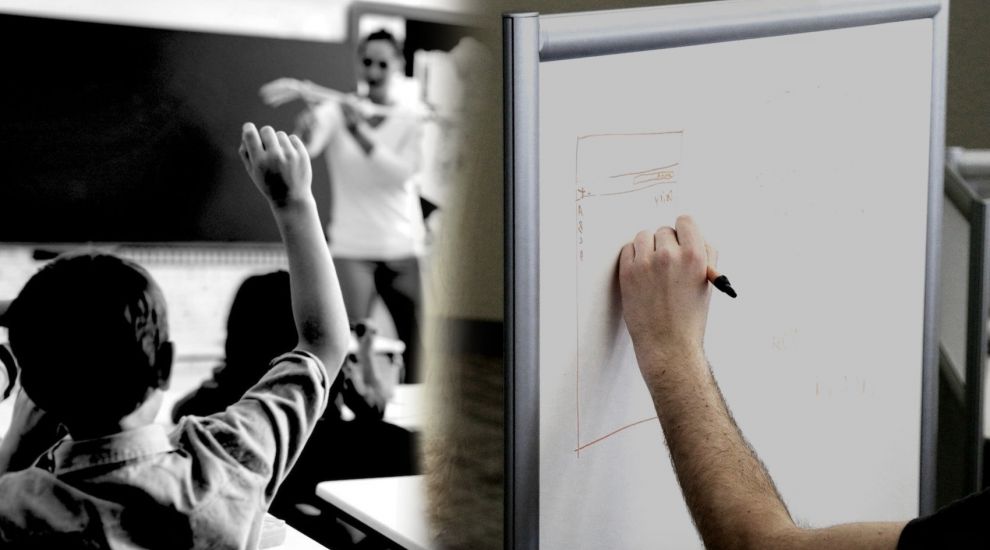 A politician and former teacher has said he is concerned that the Education Department doesn't know how many specialist subject teachers there are in island secondary schools.

Deputy Rob Ward, who is a former union head, said it was important that children studying for GCSEs and A-Levels were being taught by teachers who had received extra training in their subjects, as well as “the art of teaching”.

However, Education Minister Inna Gardiner – answering a question from the Deputy in the States Assembly – said that she did not know how many specialist subject teachers there were because there was no clear definition of what one was.

Afterwards, Deputy Ward said he feared working on a definition and then providing figures – which the Minister promised to do by the half term in little over a fortnight – was a “rabbit hole” and the higher priority was making sure that inexperienced teachers were not being asked to do too much, and Jersey was recruiting enough new staff.

“This year, the UK has had 40% fewer teachers coming through than the year before,” he said. “There is huge pressure on resources, and we need to know how Education is dealing with this.

“We’re told that gaps are fully covered by moving teachers around but are these people specialist teachers and where is this need for cover? Are the problems in the 11 to 16 or private schools, or the colleges? I am amazed that the Government can’t be clear on this.”

Deputy Gardiner said she has recently had a meeting with secondary head teachers, when she asked them to tell her where the gaps were - however, there was no pooling of figures centrally, so no common definition.

“All secondary school started this September with appropriate timetables and sufficient staff to teach their pupils on role for courses allocated to their timetables,” she said.

The Minister revealed that there were 39 supply teachers in secondary schools, and Education was aiming to increase this pool.

She added that the department was funding specialist training courses to allow recent teaching graduates to move from one specialist degree to another where there are gaps.

In 2020, 10 graduates had received bursaries for this retraining but this had risen to 24 this year, Deputy Gardiner said.

Posted by Scott Mills on Oct 5th, 2022
Jack of a bit, master of nothing I'd say, I once had to correct my girlfriend son's homework. Not his work, but the teacher's!!!!! They are taught how to teach,and how to pass an exam in the same way, and with same outcome. Teacher's once could teach the subject, a very different outcome and more well rounded. Robots they have become, and most are terrified of "safeguarding" and "inclusion", that they can't adopt their own teaching style. Sad, that's why I only got a "PG" rather than "PGCE". I saw this in the training, and got out before I was another robot. All about stats now sadly, It's like a football league.
Posted by Scott Mills on Oct 5th, 2022
ps just re-read the article...did our education minister really state "I do not know what a specialist teacher is". Wow....just wow....bit like an australian MP, couldn't answer when questioned to give a definition of a woman, and the MP was a woman. Wow.....
To place a comment please login Login »