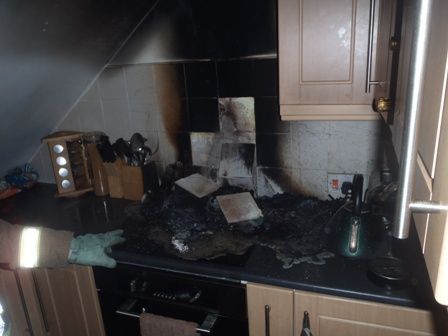 A quick-acting neighbour prevented a kitchen fire taking hold in the house next door after hearing the smoke alarm going off.

Firefighters were called out to the empty property in St Helier. Once they had put out the fire, they used a fan to clear the smoke and then cut away part of the kitchen worktop and internal plaster to make sure there was no chance of it spreading because of the heat. Although the fire was contained in the kitchen, the smoke caused considerable damage in the house because doors had been left open.

They are now investigating the cause of the fire but Crew Commander Craig Channing said the smoke alarm going off, and the neighbour’s quick actions ensured the fire didn’t have time to take hold.

They gave the following advice: