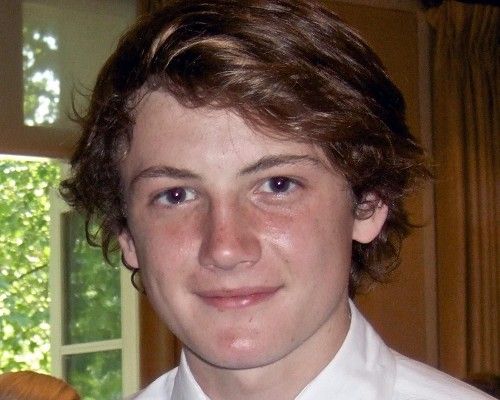 The mother of a schoolboy killed by a polar bear "would not have let him go" on the Arctic expedition without believing he would be properly protected, an inquest has heard. Horatio Chapple, 17, was on an adventure holiday to the remote Svalbard islands in August 2011, along with a teenager from Jersey, Patrick Flinders, when he died.

The Eton pupil from Salisbury, Wiltshire, was sleeping in his tent when the bear went on the rampage, inflicting fatal injuries to his head and upper body. Four others were hurt before the bear was shot dead at the camp site, where the group, known as Chanzin Fire, had been staying.

Horatio's parents, GP Olivia and surgeon David Chapple, told an inquest in Salisbury today that they had been concerned about polar bear attacks before their son went on the trip.

They examined a risk assessment document with Horatio before he left for the expedition in July 2011 and believed a number of safety precautions would be in place to protect him.

Both parents understood Horatio would be equipped with a pen flare, with a working trip wire around his camp site and a weapon available to a trip leader in case of an attack.

However, the expedition did not have enough pen flares - devices which shoot flares up to 50 metres to frighten approaching bears - and only team leaders were equipped with them.

There were also a shortage of stakes for the tripwire, the device's trigger and tripwire itself - as well as mines to be situated around the perimeter of the camp site.

"We believed that the staff at BSES would do as they said and act responsibly to protect the children under their care," David Chapple told the hearing.

"We were never told the bear trip wires only sometimes work. The risk assessment refers to flares being available to all members of the expedition.

"If this had been implemented then Horatio would have at least had some time to defend himself other than with his bare hands."

Mr Chapple said a risk assessment suggested that a bear watch would take place at the camp, adding to the measures of pen flares, trip wires, training and a weapon to protect the group.

A report by Sir David Steel published today said BSES should have had a bear watch at the time of the incident, to provide the group with advanced warning of the bear.

Mr Chapple said he had previously discussed how to handle a polar bear attack with his son, following Horatio's training weekend with BSES in April 2011.

Horatio assured his parents they would use a "tough" German World War II weapon to shoot the bear, which was "quite difficult" to use but worked in the cold weather.

The inquest heard the threat of serious injury from a polar bear was assessed as being three on a scale of one to three - the highest - while risk of encountering a polar bear was two out of three.

"The steps within the section I believed at face value, that they were going to do as they had undertaken to do in the risk assessment," Dr Chapple said.

"Otherwise, no parent or nobody would want to go on an expedition where a risk was categorised as likely yet the planning wasn't there.

"I believed and trusted the things that were listed, otherwise I wouldn't have let him go."

Dr Chapple said she was "more anxious" than her husband and son and went through every detail in the risk assessment to reassure herself about the group's protection.

"I believed that the camp would be protected by trip wire. I was naive, I had no idea how a camp side should be set up at that stage.

Richard Payne, chief leader of the expedition for BSES, said trip wires had first been used at camp sites in Svalbad on a previous summer expedition in 2010.

"My intention was that all young explorers and leader would have a pen flare," Mr Payne told the inquest.

"It was only when we landed at base camp, which is 40-50km from the airport, that I discovered there wasn't enough pen flares to equip everybody on the expedition.

"I took the decision that I would equip the leaders of each group and the doctors with pen flares."

Mr Payne said he had changed the original trip wire from fishing line to a heavy duty braided fluorescent cord as the previous system was "going off too easily".

Equipment for the trip wire was put into a box along with four tonnes of equipment, which was loaded onto a vehicle and then a boat without being checked, he said.

When the box was unloaded the day before Horatio and the rest of the expedition arrived, equipment for the trip wire was found to be missing.

"There may have been some shortage of the trip wire itself."

Mr Payne said he met with base camp leaders to come up with a solution and decided to use a safety pin in the device to act as the trigger.

The camp sites were also changed to be triangular in formation to make up for a lack of mines, with Horatio's group having three mines instead of four situated around their site.

Assistant Coroner for Wiltshire and Swindon Ian Singleton asked: "Were you satisfied with the safety aspect of the trip as a whole?"

Mr Payne replied: "The three mines was the only downside, otherwise I was happy."

He added: "I have been camping in the Arctic for over 52 weeks and in all that time I haven't had a single polar bear encounter.

"I have never seen one and to have one in that area at that time of year and for it to behave as it did was totally out of character."

He said BSES had "completely revamped" its standard operations procedure for polar regions since the incident.

Mr Payne said he had since led three groups - separate from BSES - in Svalbad and made sure he was equipped with two rifles, two signal flares and pen flares for every member.

BSES have not conducted any expeditions in polar regions in the three years since Horatio's death, he added.

Mr Payne admitted during the inquest that the tripwire system was "inconsistent" and there were missing parts, but he insisted that it did not fail to safeguard the groups which were made up of a total of 73 youngsters and 16 leaders.

But he added: "It (the system) was compromised in that we didn't have enough of the equipment."

However, Mr Payne said the tripwire was an alarm system, and not a defence system.

He said: "The whole system is designed to give you an alert for you to wake up and do something about it. It's not a defence, it's not going to kill an intruder, it's going to alert you."

Mr Payne also admitted that the tripwires were not working perfectly and one of the leaders had adapted one using a paper clip to make the trigger-mechanism more sensitive.

He continued: "It was a paper clip and it did improve the system, and I had no reason to doubt that was the case."

Mr Payne said that the alternative system of carrying out bear watches had been put in place at the base camp after a recent sighting of a polar bear in the region, but nothing had been seen for the week that they had been held.

He also said that a second rifle would have improved safety, but said: "There weren't any additional rifles to be had in July and August, but it could be safer in the event that one rifle was disabled or damaged - in an ideal world there would have been two weapons in each fire."