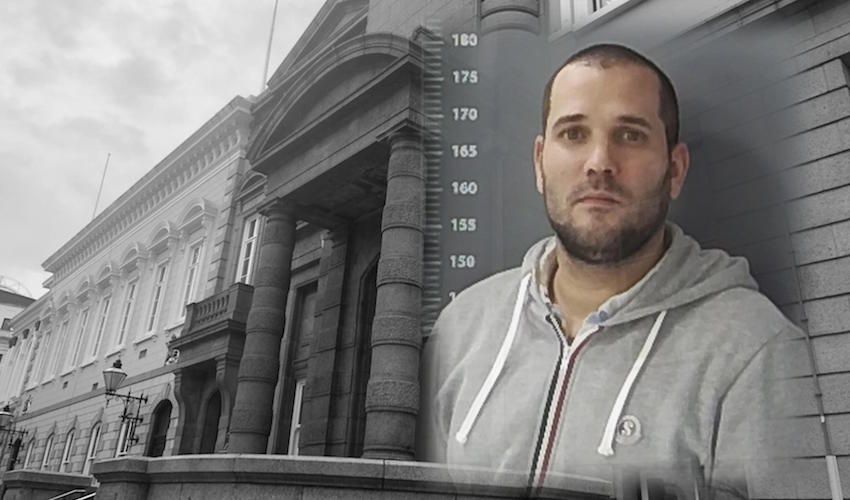 A Frenchman, who attempted to smuggle a condom filled with over £20,000 worth of heroin and cocaine into the island, has been jailed for six-and-a-half years and will face deportation.

Cédric Joël Conord (33) appeared in the Royal Court this week to be sentenced for attempting to smuggle the class A drugs into the island after he was caught at the Airport on 6 December last year.

Crown Advocate Conrad Yates, appearing for the prosecution, told the Royal Court that the 33-year-old arrived in Jersey, having flown from Paris via London. He told Customs Officers that he was on the island “to do some shopping with his wife” and that she and two of his four children would be arriving by ferry the next day.

Pictured: The French national was apprehended by Customs at the Airport late last year.

In the meantime, the French national told Customs “he would be staying with a friend named ‘Steve’ overnight, however he could give no further detail other than that ‘Steve’ lived in the Havre des Pas area.”

All Conord had with him was “a small blue rucksack”, with officers noting that “he had minimal clothing with him and no toiletries” and just £14 cash. Swabs of his bag and mobile phone “gave positive indications to the presence of cocaine and heroin”, but nothing prohibited was found in his bag.

It was whilst Conord was being detained in the Customs and Immigration custody suite at the Harbour that he informed the authorities he had a package of drugs concealed internally and, that afternoon, he “passed a condom-wrapped package” which contained four packets of cocaine and one of heroin. 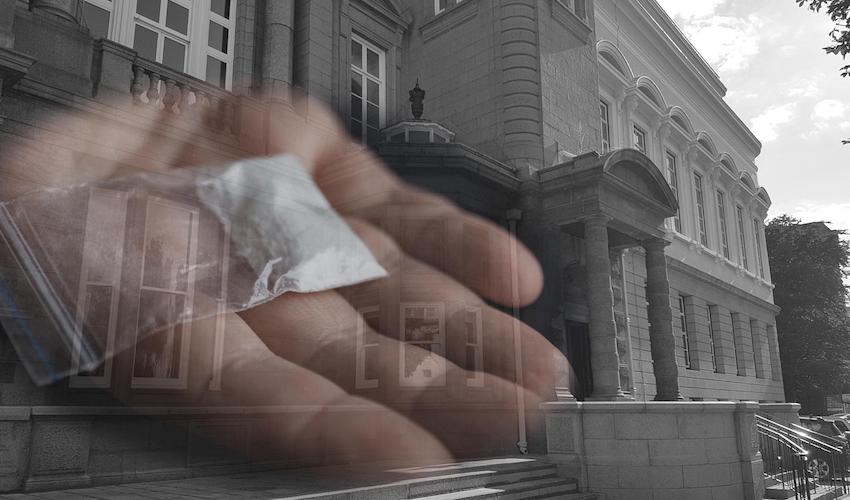 Pictured: A drugs analyst valued the substances as being worth over £20,000.

Making his recommendation for sentencing, Crown Advocate Yates explained that Conord had told his Probation Officer that “he intended to supply the drugs socially to an unknown friend”, but the officer “question[ed] the credibility of this account.”

The Crown Advocate invited the Court to “dismiss the claim of social supply as incredulous.”

The prosecutor went on to tell the Court about Conord’s “historic drug use”, which he argued “goes further than social use.”

Emphasising that the 33-year-old was assessed as being at “high risk of reconviction”, the Crown Advocate reminded the Court that “those who import drugs into the island play a vital role in the supply of controlled drugs” and this, in turn, “has a devastating impact on the community.”

He subsequently invited the Court to impose a total sentence of six-and-a-half years' imprisonment.

Conord’s lawyer, Advocate Francesca Pinel, argued that the suggested sentence was "too high", adding that “insufficient credit” was given for her client’s guilty plea and his “limited role as a courier in the general supply chain.”

Advocate Pinel said Conord had been cooperative, as, “within two hours of his arrest, he told Customs officers he had an illegal package concealed internally”, which “avoided further tests [that] would of course have been costly and time consuming."

She also urged the Court to consider that her client “has found his time in La Moye and the social isolation he has experienced as a result of the language barrier a punishment further than that perhaps experienced by his English-speaking counter parts.” 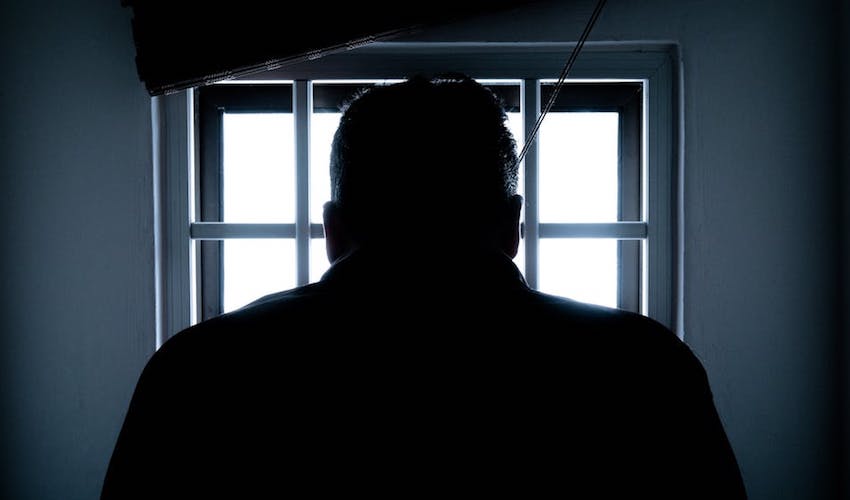 Pictured: Conord's lawyer said he has experienced "social isolation" at the prison.

Continuing, she said that Conord “knew the drugs and their importation was illegal, he hadn’t realised... that this offence was treated so seriously here. He certainly knows now... He’s taken some time to come to terms with this.”

Advocate Pinel also indicated that her client, who has a wife and four children aged between six and 13 years old back in France, did not oppose deportation.

Handing down the Court’s decision, the Deputy Bailiff - sitting with Jurats Dulake, Christensen, Ramsden, Thomas and Ronge - said the Court did not agree that Conord had been “fully cooperative”. Although he did plead guilty to the offences, the Deputy Bailiff explained that his eventual revelation about the internally placed package “may be viewed as almost inevitable.”

Noting the Frenchman’s previous convictions and explaining that they found the account that the drugs were for “social supply” to be “incredible", the Court ultimately agreed with the recommendations of the prosecutor and handed down a sentence of six-and-a-half years.

The Court also made a recommendation for deportation at the end of Conord’s prison sentence.