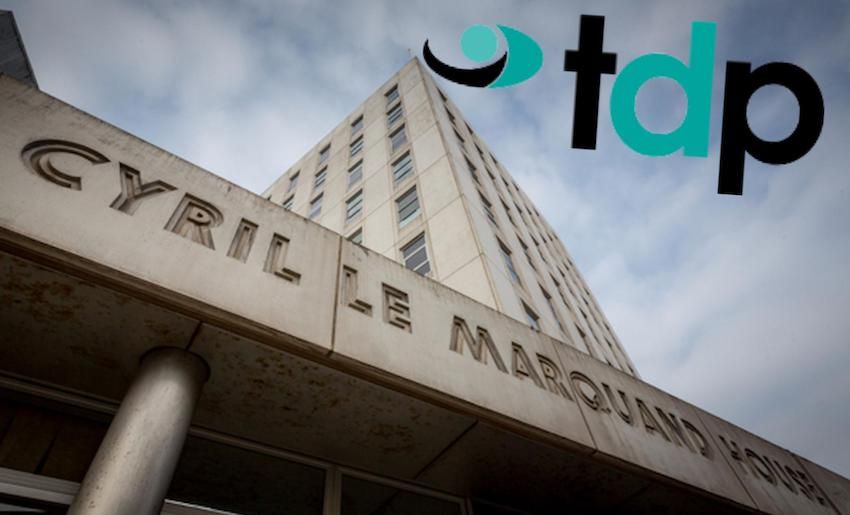 UK consultants have been handed a £3.5million contract to instil a “Team Jersey” attitude in the government’s 7,500 employees – but it remains unclear what exactly that “culture change” will involve.

TDP Development beat 23 other companies in a bid to lead efforts to improve teamwork, collaboration and leadership and shake off what's being described as a “deeply-entrenched siloed” mentality within the States of Jersey.

The Yorkshire-based company will be setting up and recruiting a local team to help implement the plans, which Express have learned will involve recruiting as many as 50 States workers to act as ‘Change Leads’.

It comes as part of new States Chief Charlie Parker’s plans for ‘one government’, involving an unprecedented tearing up of the current structure, and the creation of seven new departments in a bid to save money and work more efficiently.

But one of the key parts of making that plan work, States officials say, is changing the mentality of States workers too, who unions have previously described as demoralised following years of fraught and unconcluded pay negotiations.

However, it remains unclear exactly how that mentality will be changed.

Asked by Express what TDP’s £3.5million project would actually entail, the Office of the Chief Executive, civil servants and even TDP itself were unable to provide a single example.

States officials listed clients the company had previously worked with, including the NHS, Aviva, Bupa, the Royal Mail, and the UK Prison Service, as well as local authorities. However, when pressed, they were unable to say which, if any, might serve as a good model for Jersey – or indeed what had been changed at these organisations at all.

Express contacted TDP directly to ask for actual examples of their work, but were simply read a prepared statement that they were “delighted” to have partnered with the States of Jersey and that all further questions should be directed back to the States’ Press Office.

A States spokesperson then yielded some detail about the initial stages: 12 workshops with 1,250 employees, plus 40 focus groups involving around 500 employees, 24 Ministerial and public “engagement events”, as well as “one-to-one meetings with stakeholders.” 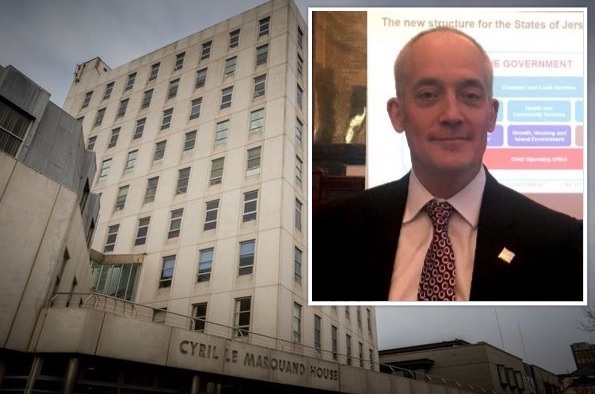 Pictured: The 'culture change' efforts are part of Charlie Parker's 'One Government' regime.

“This phase will involve recruiting and developing 50 Team Jersey Leads on a 3-day training course, plus further involvement with Ministers, partners, Trade Unions and islanders. Phase 2 will involve all 7,500 employees, who will each attend at least two workshops,” they added.

A description of what the ‘Team Jersey Leads’ would be tasked with was not provided.

While the details remain unclear around the masterplan for States culture, there are early indicators that Mr Parker’s approach has gained strong approval among the leaders’ of Jersey’s business community.

At the Institute of Annual Directors Annual Debate held last night, which gathered around 400 of the island’s most senior professionals across sectors, Digital Jersey Director Tony Moretta spoke warmly in favour of “Team Jersey” in an evening that also touched upon themes of government and business working more closely together, in some cases bypassing the politicians.

Meanwhile, comments from former Chief Minister and current External Relations Minister Senator Ian Gorst stating that the government shouldn’t be “all talk and no risk” and be “content with existing power structures”, but instead embrace the changes brought by Mr Parker were met with warm applause.

On the political level, Chief Minister John Le Fondré welcomed TDP’s appointment as an opportunity to “transform the deeply-entrenched, siloed culture that has grown over decades.”

@Ian_Gorst urges #iodjsydebate audience to prepare to stand for election in four years’ time and have the courage to stand up to support States’ initiatives. pic.twitter.com/xrI469U0H5

“It is especially important that our public sector is fit to meet the challenges posed by Brexit, globalisation and a fast-changing technological landscape,” he said.

Deputy Chief Minister and Chair of the States Employment Board, Senator Tracey Vallois, added that the new scheme would focus on “listening and engaging” in order to develop “shared values”, which should help bring about “better value for money, address many issues identified in recent reports” and act as “an essential step in building one government to serve our island."

Andy Bell, Client Director at TDP, said that he hoped his team’s efforts would produce “best in class services with a clear customer focus.”

Posted by Scott Mills on Sep 21st, 2018
Have they copied the "friends bench" which nursery and primary schools have adopted in the past, for this scheme. Good to hear public sector is going try for globalisation. Very impressive. Go Team Jersey!!! hope you win gold. Another load of public money going to waste.
Posted by nigel pearce on Sep 21st, 2018
In any private (non-States) business the manager(s) would be responsible for all of this.Why does this not apply to the States' departments? All this new leader of the civil service seems to do is employ yet more administrators and consultants without getting down to the nitty-gritty.
Posted by Mary Grouville on Sep 21st, 2018
How ridiculous, when will this spending by Charlie Parker stop? Why exactly do they need to spend a whopping £3.5million to have these sessions. If the states would invest in its own people, systems and infrastructure, then the culture & climate would improve naturally. But this is now way over £10 million spend by Mr Parker on UK consultants, E&Y reviews and now this latest joke!!
Posted by Tess Bewhay on Sep 21st, 2018
It would be interesting to have concrete examples of the existing silo mentality oft quoted, perception for a long time has been that things need to change, well change is being delivered what that will look like is any ones guess! The finance industry in years gone by opted for this type on training and appointment of champions etc, one of the mantras I recall is that staff are customers too! Doesn't do banking much good look what happened ten years ago, th eats payer has to bail them all out!
Posted by simon nash on Sep 21st, 2018
I would have thought the more interesting case studies for TDP to talk about would be the work they did for Oldham and Westminster Councils.

Its useful to have friends!
Posted by Nick Brodie on Sep 21st, 2018
One look at TDP’s client list on their website says it all. Oldham Council and City of Westminster Council. Charlie’s previous two employers.....he employed them there also. I’ll leave you to make up your own minds people.
Posted by Gary Hudson on Sep 22nd, 2018
I was under the impression when Charlie Parker was employed on a multi £000,000pa salary, plus housing qualifications, and the recruitment of his inner circle at several more £000,000pa was to solve this problem of disjointed government, so why do the States think a £3.5m outside consultancy firm needs to be bought in. Either use the people bought in to fix this, or use outside consultancy firms, not both...or is it we are not locked into serious contracts with the UK specialists full time personnel (I.e. Charlie and co) that we can't get out of, realised they can't perform so the consultancy firm is now called in to sort out (bit like the SAS being called in when it gets a bit awkward for the army)
To place a comment please login Login »