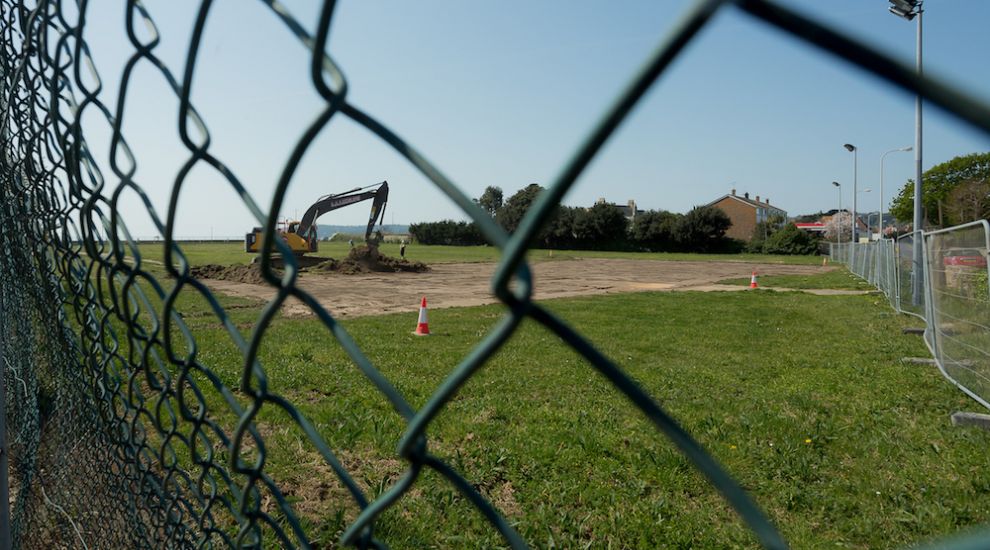 A second Constable has made a bid to protect her parish land from the future hospital development.

St. Lawrence’s Deirdre Mezbourian wants to see Millbrook playing field taken off the table as one of the site options.

“It is unbelievable that this site is being considered for the new hospital,” Constable Mezbourian said as she announced her opposition this afternoon.

“The Citizen’s Panel themselves have acknowledged the detrimental impact it would have, not least of which would be upon the historic and built character of the area, and the loss of important views. What they have not taken into account is the use of the site by thousands of islanders every year,” she added, alluding to the car boot sales and sporting activities hosted there annually.

The Constable continued: “Significantly, the site has the highest level of protection against development under the Island Plan, and the reason for that is because it is the last open green space from West Park to beyond Beaumont.

“To lose that green lung would impact detrimentally upon every islander now, and in the future.

“Millbrook Playing Fields, and the fields beyond, must continue to have the highest level of protection against development so I call upon all islanders to oppose this site and to Save this important Open Space.” 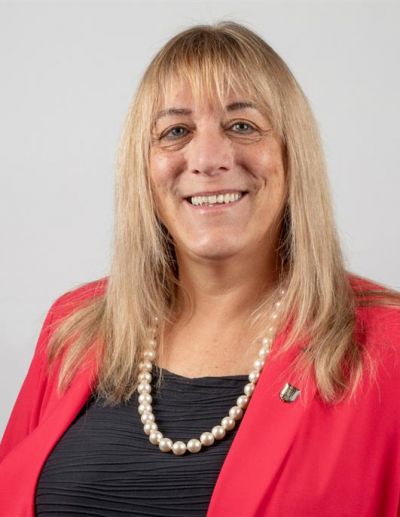 Pictured: St. Lawrence Constable Deirdre Mezbourian, who launched an 'SOS' ("Save this important Open Space") to protect Millbrook this afternoon.

Earlier this week, Constable Crowcroft went so far as to suggest that officials had listed sites they already knew would not be met with approval by the States Assembly or public as part of a “cynical ploy” to narrow the list to their favoured zones. 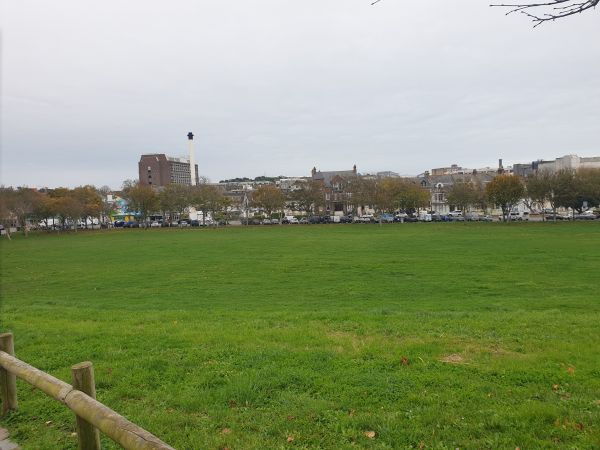 Pictured: Constable Crowcroft accused the government of a "cynical ploy" to narrow down the site shortlist by including previously rejected People's Park.

"People's Park has already been ruled out, so it is nonsensical to put it on the list, and that is just not going to happen. It looks like a cynical ploy to whip up a storm around these two parks, to distract attention and get their preferred sites through,” he said.

"It's a waste of resources. Why not spend the resources on those which have a realistic chance of getting through?"

Constable Crowcroft’s plan to protect his parish parks is scheduled for debate on 8 September.

Constable Mezbourian is yet to bring forward a proposition to protect the playing field, but told Express that she will consider doing so "if necessary".

Posted by Richard Miles on Jul 16th, 2020
In brief we now know that it is confirmed the so called Island Plan, passed into law through a majority vote in our assembly, is not worth the paper it was written on. It does not apply to our planning department or government. Those elected should collectively hold their heads in shame.One law for the people, but none for government or its planning department. They can change and ignore those strictures at will.
Posted by PeterMacLeod29 on Jul 16th, 2020
Couldn't agree more...Milbrook is not the place. Look again at St Saviour's, the land available around St Saviours Hospital would house a hospital way above planned new building, why not use it. For 5 years during occupation St Saviour's Hospital was self-sufficient with own farm, cattle and power
plant had lighting and heating when rest of island struggled. And what a view for new patients, better than nothing but roof tops.
Posted by William Boyd on Jul 16th, 2020
I don't know why they are even bothering with this 5 site malarkey. It is a done deal. No green site or public park was ever going to be built on, they and the dogs in the street know that. Nor should they have been. The only logical place is in the 5 is Overdale. With a medical facility already there and plenty of space it is a no brainer. OK it has some undulations on site, these can be levelled and built over and on. This is 2020, modern design and building methods will take care of that. Plus it is in St Helier, so fits in nicely with the policy of stick 'everything in town' and leave the chocolate box country parishes alone. Just get on with it for heaven's sake.
Posted by nigel pearce on Jul 16th, 2020
This list is just a con. There was a States' agreement that no open space would be built on previously. They have now come up with this list. First Tower Park, open space; People's Park, open space; Millbrook playing fields, open space; land at Five Oaks, open space; which leaves only the Overdale site which just happens to be the Chief Minister's preference! Surprise! They are just taking us for fools. My preference is St. Saviour's Hospital site.
Posted by Mike Graham on Jul 16th, 2020
This is getting passed the joke, and is the worst episode of "the Muppet Show" we have ever seen.
Social distancing, the next thing to face the Ministers concerned will be "Civil Disobedience"
They ask for public opinion then ignore it!!
Two sites must remain "Warwick Farm" and "St. Saviours Hospital" How much more of the publics money are they going to waste?
To place a comment please login Login »