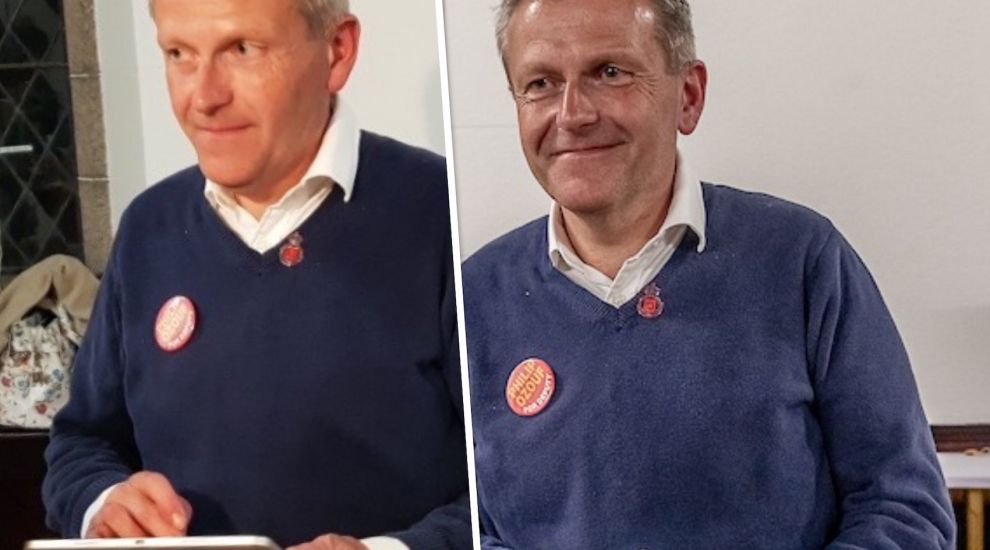 This year's election marked the return to public life of a controversial politician who was a frontbencher for almost two decades.

Deputy-designate Philip Ozouf will be back in the States Assembly after a four-year hiatus, although he will be a Deputy for his home parish of St. Saviour for the first time.

He joins Sir Philip Bailhache - former Deputy, Bailiff, Senator and External Relations Minister - as a returner to the Assembly. 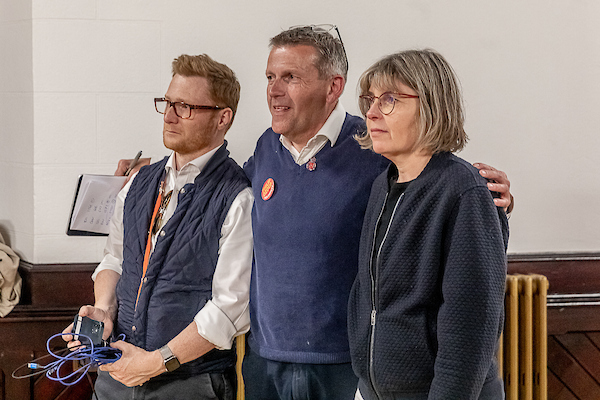 He decided to step down in 2018 after serving almost two decades as a politician.

In 2008, he dropped to fifth out of six Senators elected, and 2014 he took the eighth and final Senatorial spot available.

He served as President of the Public Services and Planning and Environment committees, Economic Development Minister and Treasury Minister. 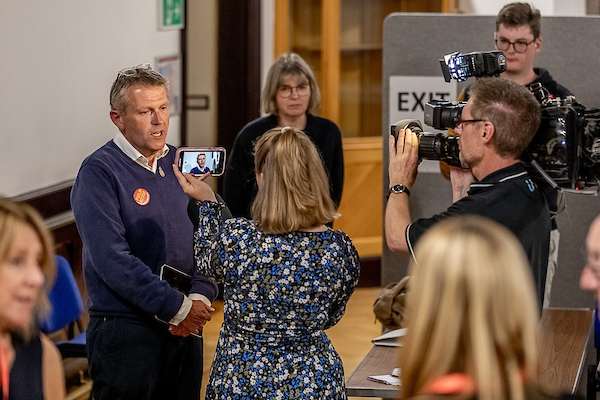 Pictured: Deputy-elect Ozouf being interviewed after the results came in. (Gary Grimshaw)

Mr Ozouf decided not to fight the 2018 election.

“I have made and lead many difficult decisions, some of which I recognise have not been popular,” he said at the time. “I have given all I could during this time, and the intensity of the way I have discharged the role is difficult to sustain.”

“The time is now right for me to take a break.”

After Wednesday’s election, that break is now officially over.

Ozouf seeks return to politics after four years away

Pictured top: Philip Ozouf just before and after the results came in. (Gary Grimshaw)