Could Jersey cruise its way to success? 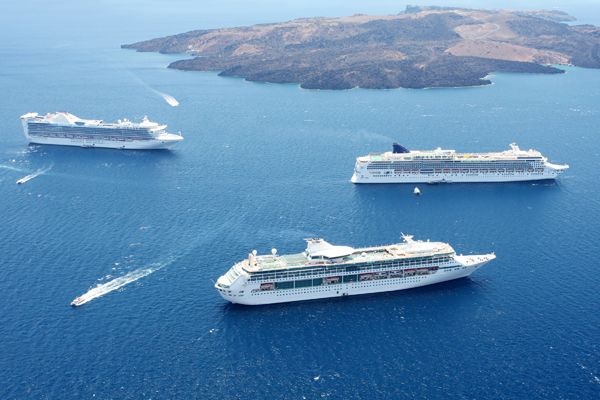 Could Jersey cruise its way to success?

Cruise lines have shown interest in helping Jersey fund a new berth to attract more visitors to the Island – according to the head of the tourism body who has called for more investment in the industry from the States.

Last week a panel of expert economists told politicians that major capital spending projects were needed to help the economy into recovery, and Visit Jersey chairman John Henwood says that message shows it’s time for the States to finally handover the remaining £5 million promised to a tourism investment fund 13 years ago.

He says that with just £500,000 more budgeted for the Tourism Development Fund, it’s time for the States to honour their 2002 promise to fully support the industry.

And Mr Henwood says that creating a deep water berth or better facilities for cruise liners would be a great place to start.

He said: “We know that the cruise business is a rapidly growing business and we also know that there are finite number of places that people who go on cruises want to visit.

“They go in reasonable numbers to Guernsey and we believe – and we were told by certain cruise lines – that they would find it very attractive to add Jersey to their portfolio. It was even suggested that some lines might very well be prepared to put up some hard cash to help the realisation of a facility.

“If the numbers add up, then why wouldn’t we potentially do some matched funding with operators? We should not dismiss this because it has become accepted wisdom that it would cost too much money.”

And Mr Henwood said that with proper support, tourism could flourish.

He said: “Let’s assume we have got the half a million in the budget for this year – that would still leave £5 million outstanding from the 2002 States commitment to make £10 million available to stimulate investment in tourism products and infrastructure.

“We will deliver a Strategic Plan for tourism, and that plan will point the way to the future and it will open opportunities for new investment in tourism in the product and infrastructure. And I think that, were the money available, the TDF would have a much better steer on which products would help to drive tourism growth most quickly.

“If we had big lump sums of money available then the opportunity would exist for applications for the original purpose.”

Posted by Marvin Johns on Feb 4th, 2015
Private super yachts could put big bucks into jersey .give them cheap fuel,then you have them needing catering ,mechanical,cleaning ,etc etc these yachts transit from USA to the med in big numbers. With more getting built each year .I was an engineer on one &have seen vast the sums of money they put on shore?
Posted by richard davy on Feb 5th, 2015
This is a bit like the 'Casino Affair'. Always talking about it but 'doing nothing'. We don't have the facilities for 'cruise ships', in fact we don't have the facilities for Condor's 'new' ferry. Not long before we read about that one(!).
To place a comment please login Login »