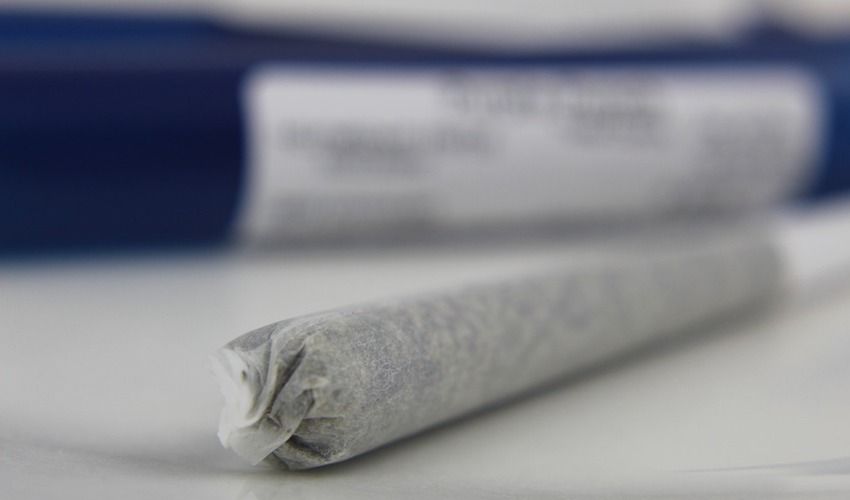 A 37-year-old man has been given a court order for treatment by the Drugs Service after being caught smoking a "joint".

Stuart James Paul appeared in the Magistrate’s Court last week, after a Police officer walked past him “smoking a rolled up cigarette”, which smelt of cannabis.

The smell prompted the Police Officer to ask Paul to “hand over the rest of the rolled up cigarette".

Whilst waiting for a male officer to arrive so that he could search Paul, he admitted: “I have a joint in my pocket.”

Pictured: A Police Officer asked Paul to hand over his cigarette when she smelled cannabis.

A search produced a “small nugget of brown resin”, which was later confirmed to be one gram of cannabis.

Defending, Advocate Dionne Gilbert emphasised that her client had been “cooperative with Police” and that he is displaying “clear remorse and a resolve to deal with his problem".

She told the Court that Paul had contacted the Alcohol and Drug Services voluntarily and that he has “the motivation” to see their treatment through.

In line with the recommendation of a Probation Officer, who compiled a background report into the 37-year-old, Advocate Gilbert invited the Court to impose a six-month binding over order.

The court order means that, provided the defendant does not offence within the six-month period, there will be no separate punishment for the charge.

Relief Magistrate David Le Cornu, presiding, also added the condition that Paul must continue the treatment he has already started with the Alcohol and Drug Service.