From a crisp packet to a survival blanket 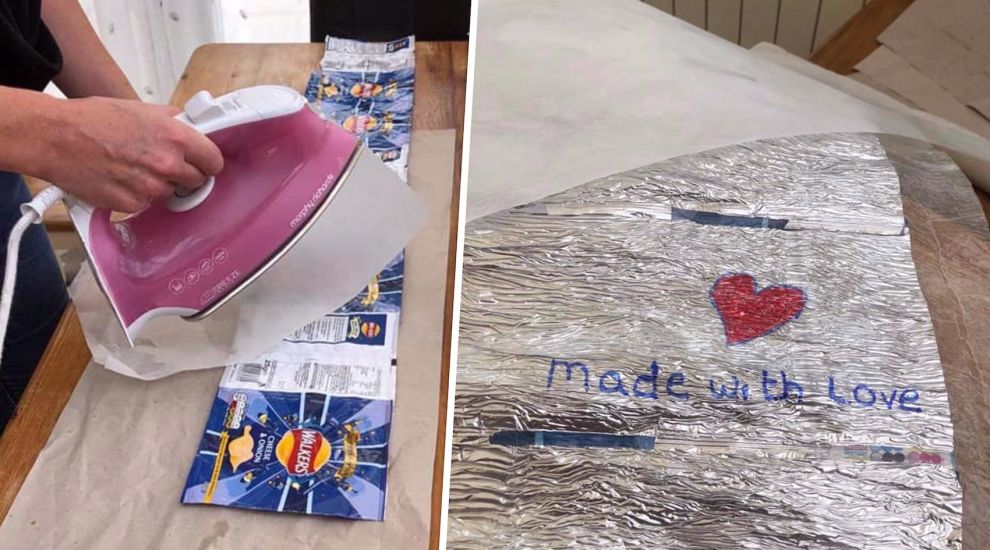 From a crisp packet to a survival blanket

A group of islanders have been combining their recycling and charitable endeavours by creating waterproof blankets out of crisp packets for homeless people.

Tasha Cormack and April Raynes have joined the Crisp Packet Project in an effort to support homeless people while recycling.

Once completed, some of the blankets will stay in the island at the request of a local charity, while the rest will be sent to the UK or to other countries. 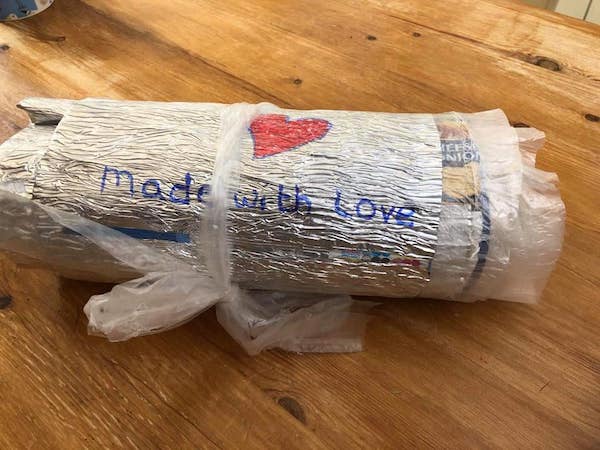 Pictured: Some of the finished blankets will be sent to a local charity.

The Crisp Packet Project was launched in November 2019 by Pen Huston. A volunteer for the ‘Surviving the Streets UK’ charity, Ms Huston said as they were constantly running out of sleeping bags and bivvy bags, she started thinking about ways she could help.

“It was 02:00 when I woke up and I thought with a clear vision in my mind ‘what would it be like if I woke up in a crisp packet’. Then the crisp packet Bivi Bag was born,” she wrote on the project website.

Tasha first heard of the project in May while looking for ways to recycle crisp packets.

“I was trying to find another use for them,” she explained. “I stumbled across this charity in the UK and started looking at their videos. I just thought it was a great idea, it’s two really good things all in one!

“I shared with my friend April Raynes and she thought it was a fantastic idea, so we are just trying to get things up and running. We’ve just started, it’s all very new so we just need to get a few things together.”

Video: The Crisp Packet Project was launched in November 2019 by Pen Huston.

The pair, with the help of two of their friends, made their first survival blanket earlier this week, and Tasha said she was impressed with the quality of the finished product.

“You line it with plastic on both sides so actually it’s really going to keep the warmth,” she said. “It’s quite thick and will definitely be waterproof. And because there is the foil inside it will reflect the heat back onto the body.”

Describing the process, Tasha admitted it is “quite labour intensive”. “You have to wash them, cut them and dry them,” she said. “I spent an hour and a half on Sunday cutting and washing the packets. A friend volunteered to help me, and we spent another hour to make one blanket.” 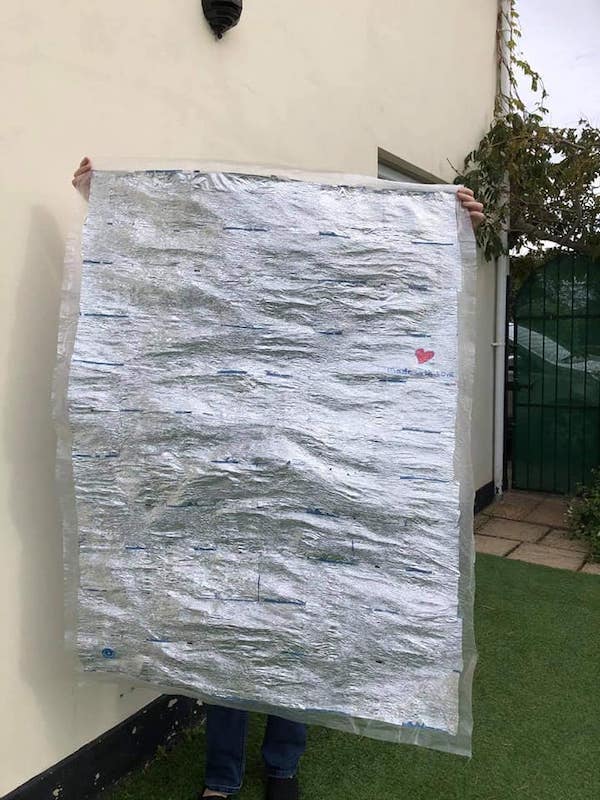 Pictured: The blankets are lined with plastic and completely waterproof.

Each survival blanket requires 44 crisp packets, a material Tasha and April have plenty off. They have set up collecting points at d’Auvergne School and Plat Douet School, as well as a collection box at SCOOP.

In addition, Tasha says a lot of people have been offering their empty packets. As she cannot take all of them, she is strongly encouraging people to look at the videos on the Crisp Packet Project website to learn how to make the blankets, describing the project as a “win-win” that combines recycling with supporting homeless people.

The team is however hoping to source some old irons as well as large pieces of brown paper and plastic to make more blankets. 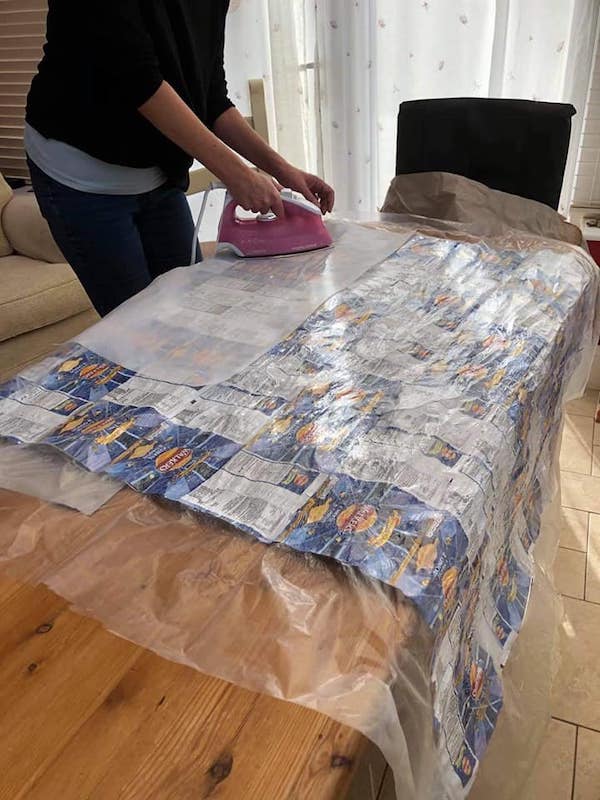 Tasha and April shared an appeal on the ‘Journey to Zero Waste Jersey’, a Facebook group Tasha created last year to find out tips on how to recycle more, and the response so far ha been great.

“People have been fantastic,” Tasha said. “I have received lots of messages for irons, a lady who runs a furniture shop has contacted us because she thinks might have some plastic for us.

“Romerils has given us some plastic already but we need to source some more to make more blankets.

“We also need brown paper to protect the table. We do not want anyone to buy anything. It’s either paper that has come out of a parcel or that someone is going to throw away.

“It’s a waste product, we don’t want anyone to fund anything, it’s the same thing for the project in the UK.”