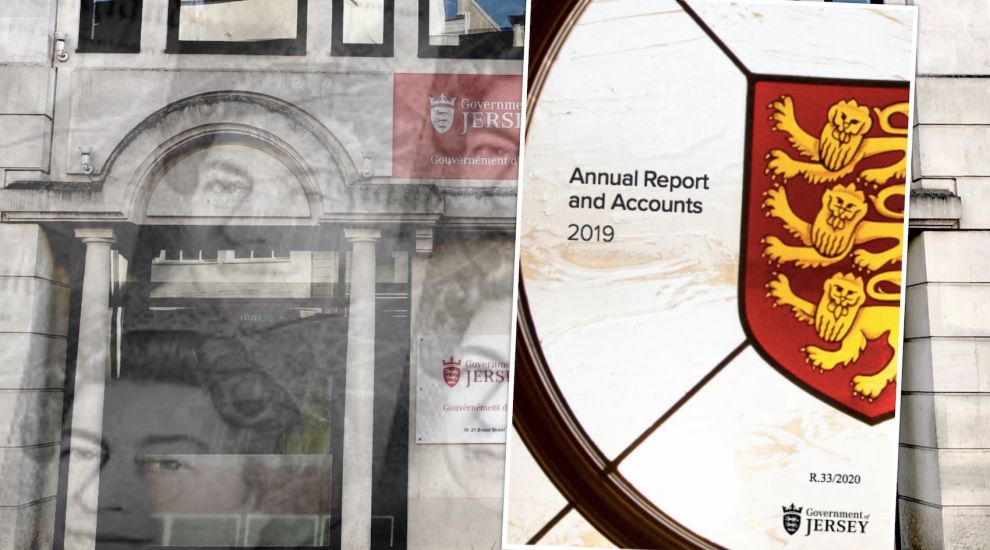 While all eyes have been on the virus crisis engulfing the globe, and rapidly spreading across the island…Jersey's government has quietly published its Annual Report and Accounts.

The document provides a crucial insight into the strength of the public purse and how its being managed, ranging from how much GST was collected last year to how much money the island’s highest paid civil servants have in their pension pots.

While in previous years its publication has been accompanied by an official announcement and briefings for States Members and the media so that Ministers can be grilled on the balance sheet data, the 2019 Accounts were this time quietly posted online on 1 April.

In more than a week since, no Minister – or indeed Chief Executive Charlie Parker – has made reference to them, despite them showing the government to have been in a relatively strong position at the end of 2019. 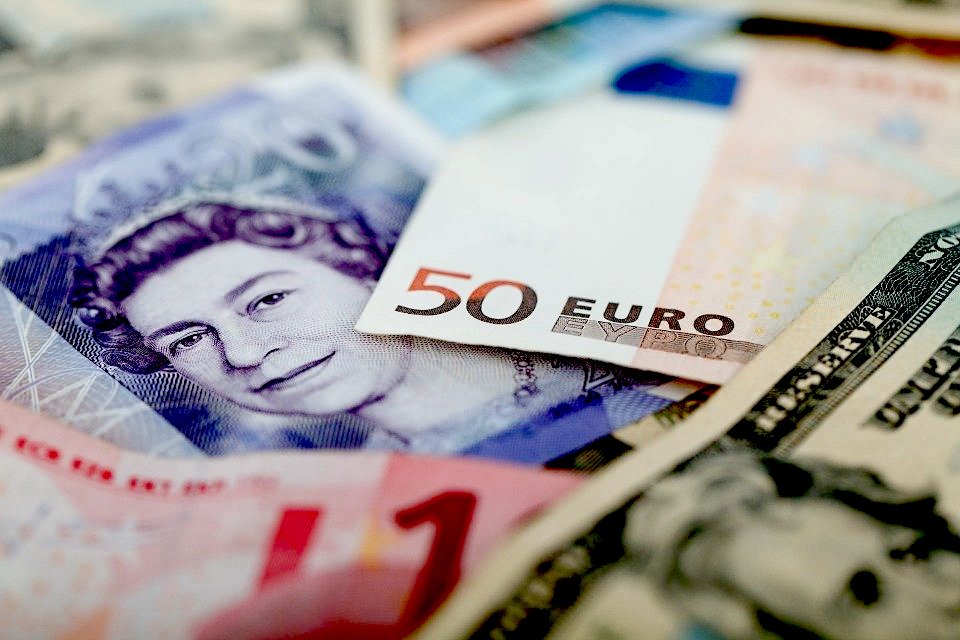 Pictured: The accounts showed the government had an £18m surplus in States-approved spending last year, and that its investments performed well.

During the year that saw the public sector drive towards a target of making £100m savings by 2023, the government ended up with an £18m surplus, with income totalling £845m overall.

That was despite spending going up in areas such as public sector pay, following the conclusion of the industrial dispute with numerous pay groups, and overtime, and more being spent on the ongoing office relocation project.

In her foreword to the Accounts, Treasury Minister Susie Pinel also highlighted strong performance in the government’s investment portfolio, with gains of £402m compared to losses of £95m the previous year.

The Chief Minister, meanwhile, heralded the Annual Report and Accounts’ publication as testament to the “significant progress that has been made across the public sector to improve services [and] increased efficiencies” in his foreword.

He went on to describe 2020 as a “watershed year for Jersey”, adding: “It will be the year that we move beyond the planning and debating to see the Government Plan in action.” 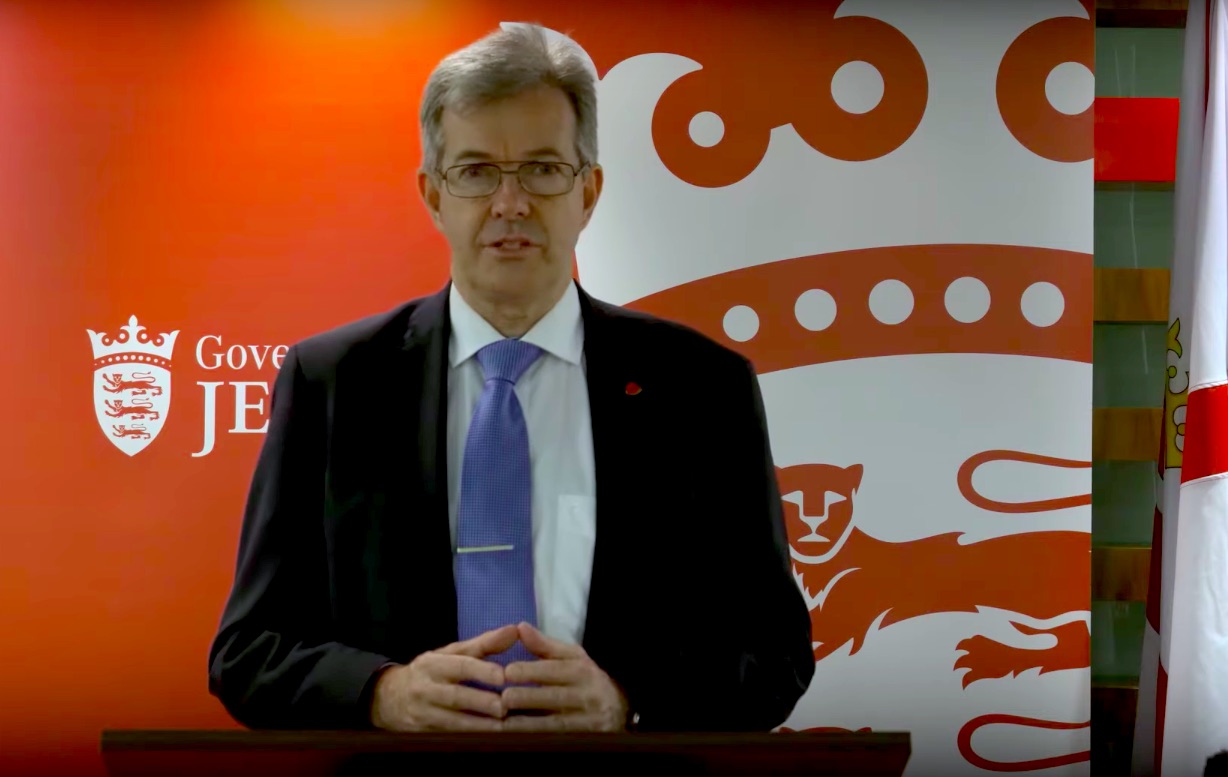 But the document left much to be desired for some politicians. The timing of its publication, the inclusion of "meaningless" statistics, and the document’s references to projects in 2020 that Ministers and the Chief Executive have admitted are now likely to be scrapped all came under fire.

Leading Scrutineer Senator Kristina Moore told Express: “It is puzzling that the decision was taken to sign these accounts off and pat themselves on the back for being so quick to do so without referring to coronavirus and the impact it is going to have on our financial position going forward.

“The reports from the senior politicians and officers were signed off on the 17 March, five days after the pandemic was declared. Most of the references to the year ahead are now meaningless, particularly in terms of the ‘recovery phase’ for the public sector, the efficiencies programme, the office strategy, etc.”

Following a redesign last year, the Annual Report and Accounts moved towards including more infographics to highlight key statistics, rather than raw data in a table format, in a bid to make the information more 'accessible'. 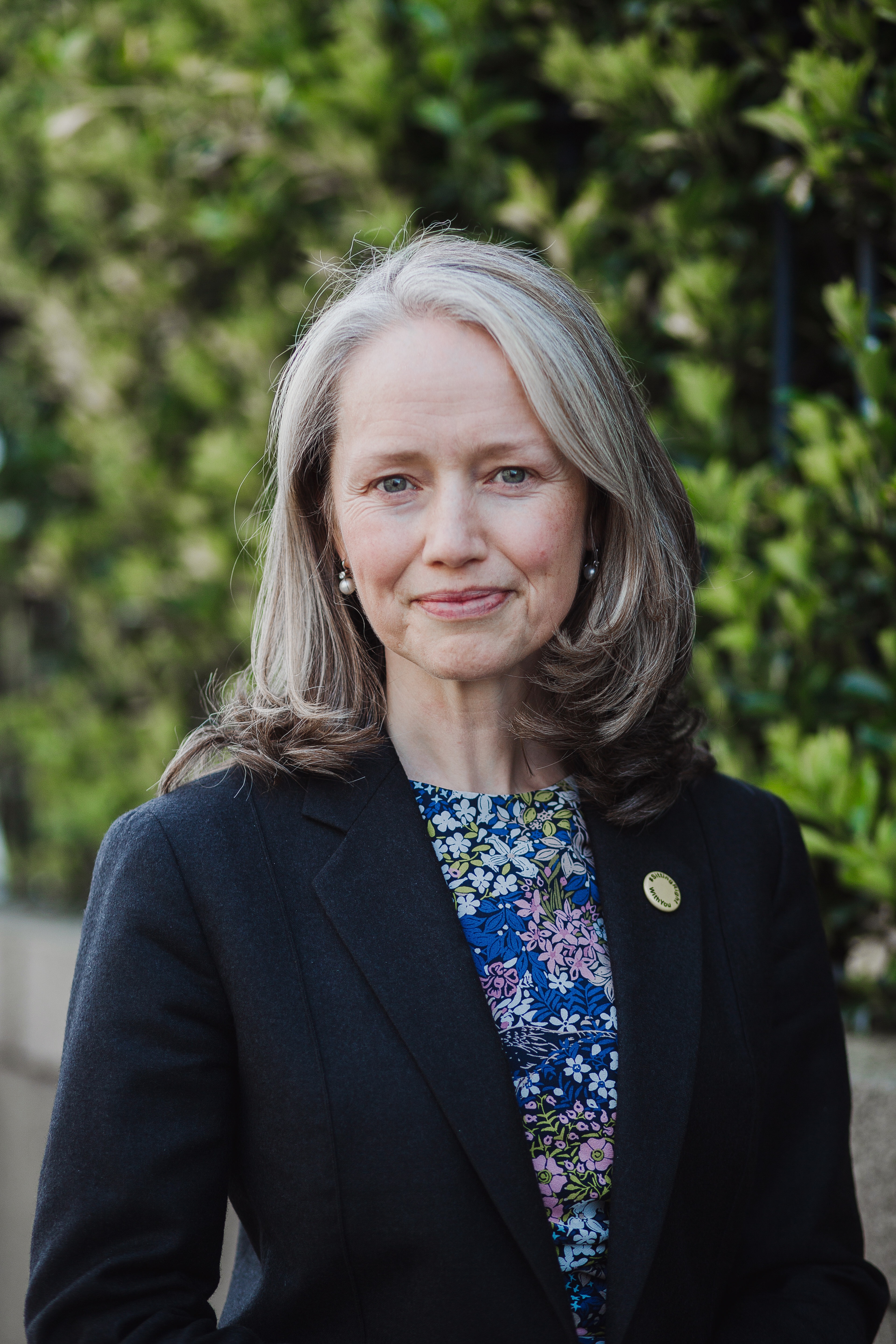 Pictured: Senator Kristina Moore was concerned that much of the data does not include a comparison to the previous year.

Instead, Senator Moore branded the report “lighter on detail”. The Senator added that it was now more “difficult to compare the performance statistics” to the previous year, adding: “This begs the inevitable question, ‘Why?’”

“It’s a real problem. These grids with the big squares give you some headline figures, but they don’t tell you anything unless you compare them. It’s that simple. It’s great to know that Jersey’s got 14,000 schoolchildren, but I need to know what the previous years were like to make that a meaningful number, otherwise it’s a meaningless number.”

He also noted that the lack of publicity around the publication of the Accounts on 1 April raised questions of transparency: “It’s really important for islanders to see them because for them, it’s their main snapshot. I personally can request the statistics easily from the department. Islanders can’t do that.”

According to the Deputy, the “odd” foreword from the Chief Minister also brought into sharp focus what the government had not achieved in its two years of power. 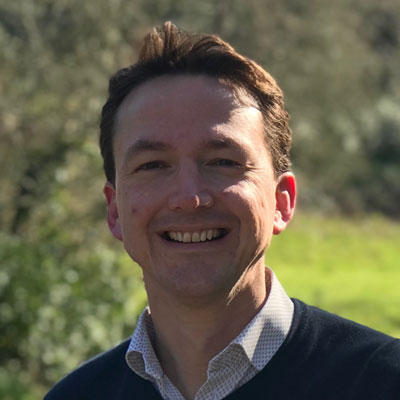 Pictured: Deputy Kirsten Morel said the government missed an opportunity to use the accounts to contextualise its economic response to the covid-19 crisis.

“This crisis actually shows us the need for a new government coming in and actually getting on with its work… Whilst [the outbreak of coronavirus] is not their own fault, the fact they took so long to get going, they’re now counting the cost of that.”

He went on to say that the government had “missed a really good opportunity” to use the Accounts as a way of explaining to the public the challenge ahead in sustaining the economy throughout the covid-19 crisis and where the funding – described on several occasions by Senator Ian Gorst as “finite” – will come from.

The Accounts show that there was £906m in the Strategic Reserve – the so-called ‘rainy day fund’ – at the end of 2019, which may provide a source for repaying borrowing, which Mr Parker had acknowledged was the likely solution to the island’s economic recovery. 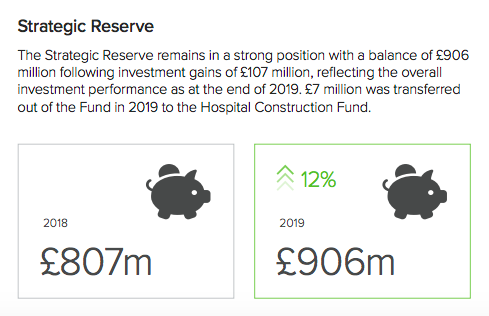 Pictured: An extract of the report discussing the rainy day fund.

However, this figure has since fallen by more than £100m as a result of a market slump due to the pandemic.

Deputy Morel said he agreed that borrowing would be the best solution, noting that the latest Accounts show the government has an “enormous amount of assets to borrow against”.

He added that the States Assembly could discuss the best way to pay it back – whether via the rainy day fund or using parts of assets like JT – “once the dust has settled”.

Express has asked the Government of Jersey for a comment and is awaiting a response.

More analysis of the 2019 Accounts from Express to follow...

Posted by john garner on Apr 9th, 2020
Thanks for keeping all this in the public domaine ...I suppose if it was released 6 days ago that would make it last Friday afternoon.........naughty naughty
Posted by Jon Jon on Apr 14th, 2020
hush hush no one will see....ok with fall in stock markets investments have lost but hopefully once this virus passes through the world things will improve.
To place a comment please login Login »