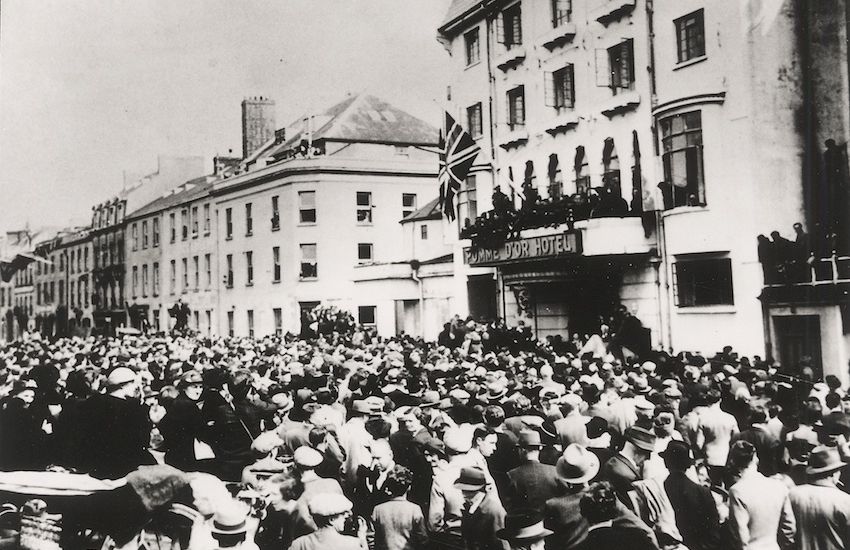 A UK parliament motion backing the creation of a memorial for the Channel Islanders who lived through Nazi occupation has received cross-party support.

It reads: “…This House remembers the generation of people who lived on the Channel Islands during their occupation by the Nazis from 1940 to 1945; recognises the importance of erecting a civilian memorial to the individuals that lived through this awful period in the history of the islands; thanks the Jersey Occupation Civilian Campaign for reporting the names of the 2000 Channel Islanders that were deported to Germany to be interned; remembers those Channel Islanders that died during this period due to the inhumane conditions in which they were kept; and believes that it is right that information regarding the occupation is accessible to the public so that the horrors of what was inflicted on the Channel Islanders is known by future generations.”

An early day motion is a proposal submitted by an MP for debate at no fixed time. Often, they are not debated, but help to draw attention to certain campaigns or areas of interest.

The first six members who sign to support a motion are its sponsors.

Since being tabled on Tuesday, politicians from across the political spectrum have decided to become its official backers.

It follows a sustained campaign by Kevin South, whose family lived through the Occupation in Jersey between 1940 and 1945.

Keen to mark the difficult period in island life on a national level, he launched a UK petition in favour of creating a civilian memorial, which received more than 5,000 signatures.

Recently, he has been sharing lists of those born in the UK and living in Jersey who were deported to Germany in September 1942 on Twitter.

We are currently publishing via twitter the Deportation Lists of those born in UK & living in Jersey and deported to Nazi Germany in Sept 1942. Included the Jersey born added at the end of list???? it's long.
#Inpublicinterest #Weneedamemorial pic.twitter.com/SdocLOJBcu

Mr South said he was “delighted” to see support for Mr Rosindell’s motion from across the political spectrum.