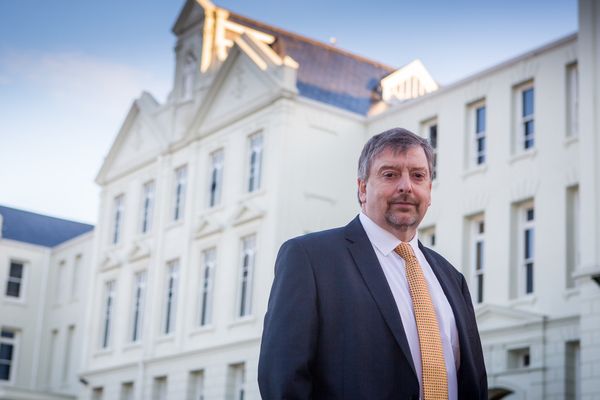 As efficiencies and cuts continue to bite into States budgets to fill the £145 million black hole, the Head of Jersey's Education service has warned that the next round of savings could affect schools directly.

Education Director Justin Donovan says that so far his department has been able to protect schools from the impact of cuts to his department’s budget – but he says that now, they’ve reached the point at which they might not be able to do that any longer.

In evidence to a Scrutiny panel yesterday, Mr Donovan spoke about the impact of the expected efficiencies and cuts over the next three years – and revealed that a new IT system for education will help improve standards and free up valuable time for teachers.

He said: “So far, we have been able to balance the books without any impact on schools and children, but we are running out of places to go.

“We will struggle to make further savings without impacting on schools.

“We have the funding that we need to deliver our business plan, but it is tight.

“It’s the same in other departments.

“We are getting to the point where we are running out of easy decisions.”

During the same session with the Education and Home Affairs Scrutiny Panel, he also said that the new IT system that would be funded by extra money given to the department during the recent financial planning debate would make a huge difference.

He said that they were planning for a system that would combine attainment and attendance records across all schools, and that teachers would be able to update it during class, instead of having to input handwritten notes after school.

Posted by Havelock Jones on Nov 10th, 2015
The schools have been adversely affected by the mass immigration this island suffers. One school has 60% non English speaking kids!! - this is Jersey not inner city Birmingham. This island is being destroyed with people having no respect for the lovely place it once was. Tax increases and destruction of service is inevitable - still I suppose all those lovely immigrants on the minimum wage, zero hours contracts - topped up by income support will save the day - not!
Posted by carl ecobichon on Nov 13th, 2015
My son was at Les Quennevais , built to accomodate 450 pupils .This has now risen to well over double that number, We now have had to home school instead. The failure in the system started years ago and is only going to go one way.
Posted by nigel pearce on Nov 13th, 2015
Perhaps a look at the different subjects taught would be a start. For instance, should valuable teaching time be spent teaching Jerriaise which will be of no use to 99.99% of pupils in their future careers?
Surely teaching them pure French and other languages such as Spanish and German is a better use of this time.
To place a comment please login Login »