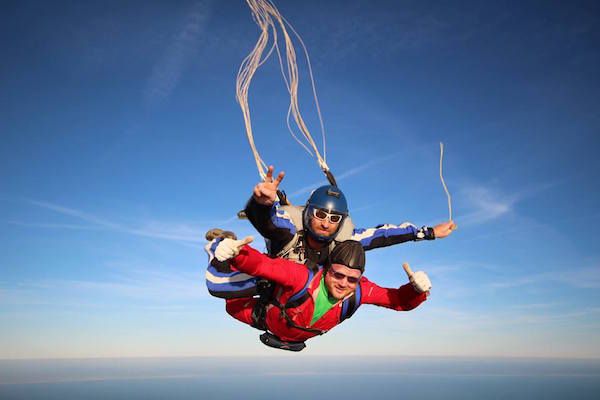 A fearless group have jumped 10,000 feet and raised thousands of pounds to help Islanders living with dementia.

The seven thrill-seekers volunteered to "be a Daredevil for Dementia" and did a big parachute jump for Jersey Alzheimer’s Association.

The group, all first-time jumpers raised £6,000 skydiving for the charity.

Team leader Mark Blamey, Manager at Jersey Alzheimer’s Association (JAA), who was the first to complete his tandem skydive, said all those who jumped had a personal connection with the charity and were hoping their exploits would inspire friends, family and colleagues to consider other fundraising challenges in the year ahead.

Mr Blamey said: “We’re delighted with the support we’ve had, and credit must go to all members of the team for their hard work, and to Mal and his fellow instructors at Skydive Jersey. The jump itself was a real challenge but a truly thrilling experience – and, ultimately, a very rewarding one." 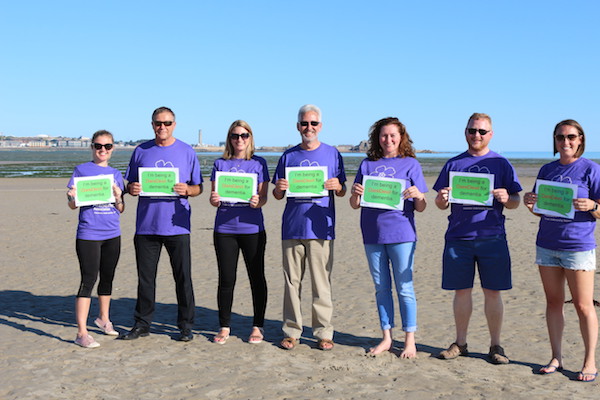 Ruthie Hawkesford, Director of JAA’s marketing and design agency Üba Studio, who was also one of the jumpers, said the inspiration for the ‘Be a Daredevil’ campaign had come from Jersey’s reputation as a ‘sporty’ island where there was enthusiastic participation in a number of extreme sports and other adventurous activities.

A tandem skydive involves jumping with an instructor from 10,000 feet and freefalling for up to 30 seconds, reaching a top speed of 130 miles per hour. The parachute is then deployed at 5,000 feet, and you fly gently down for around five minutes before landing on the beach.

The other members of the jump team were Mark Duffy from World Duty Free and Pam Keyes from HSBC – whose organizations are both corporate sponsors of JAA – along with fellow daredevils Rachel McBride from Health and Social Services (one of the charity’s partner agencies in the delivery of care), Andrew Paine and Emily Devon.

If you want to "Be a Daredevil for Dementia" or become one of the JAA's charity champions, email Mark Blamey here.