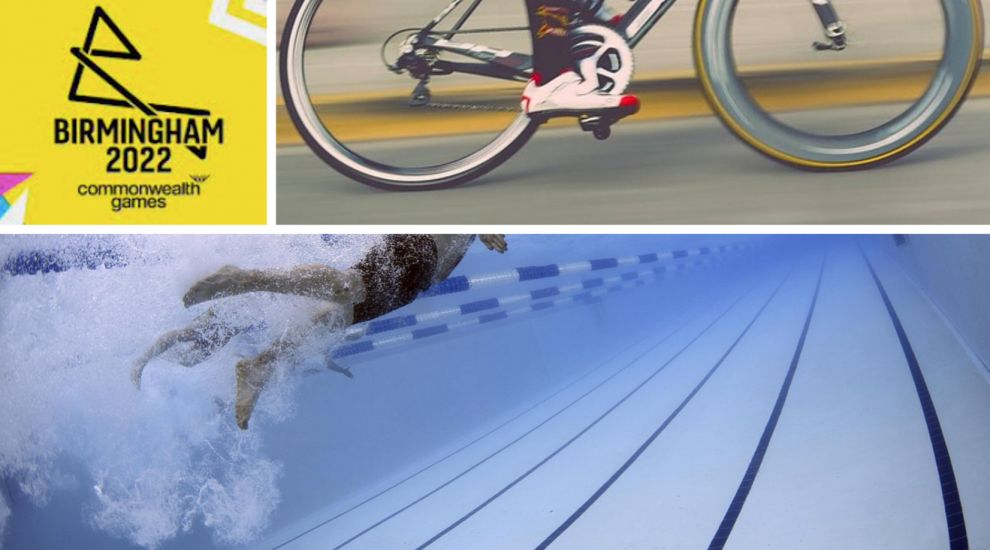 It’s day four of the Commonwealth Games in Birmingham and once again Jersey competitors will be in action.

Today local athletes will only be taking part in two sports: cycling and swimming.

Cyclist Rhys Pilley will be in the 1,000m time trial being held in the Olympic Lee Valley Velodrome in London. There's a field of 22 competitors.

The competition gets underway at 15:32.

But before that though the swimmers will in action in the heats in the pool hoping to go for a medal later in the day. They'll be competing in a range of strokes and distances.

As far as local interest is concerned, yesterday, day three, belonged to gymnast Dan Lee. He finished sixth in the men's all-around event.

Daniel Lee puts in a series of stunning displays to finish a brilliant 6th in Birmingham! pic.twitter.com/Fq3KawiGAc

Despite credible performances earlier on in the tournament, defeats yesterday, meant it was the end of the road for the men’s triples and pairs bowlers.

Yesterday a 16-11 defeat by England in the afternoon’s quarter-finals saw the trio of Scott Ruderham, Greg Davis and skip Malcolm de Sousa bow out. 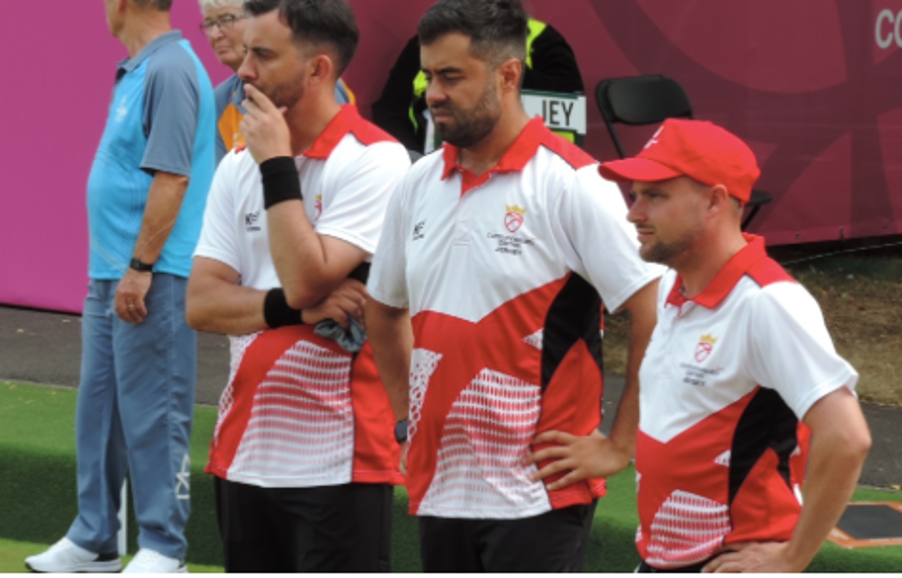 Pictured: Losses to both Australia and England mean it is the end of the road for men’s triple of Scott Ruderham, Greg Davis and skip Malcolm de Sousa.

And then, a little over an hour later, Jersey and England went head-to-head again, this time in the quarter finals of the pairs.

Jersey duo Derek Boswell and Ross Davis found themselves 8-0 down after four ends and it was likely to be a long way back from there against an in-form England pairing of Jamie Walker and Sam Tolchard.

England ended up 19-6 winners to book their spot in the last four.

Halfway through in this bowls triples quarter final.

All seven Jersey swimmers were in action in the pool in the space of just an hour on Sunday morning at the Sandwell Aquatics Centre.

Gemma Atherley registered a new Jersey record in the 50m butterfly heats, with a time of 28.51 seconds. Harry Shalamon made it through to the semis of the 50m backstroke.