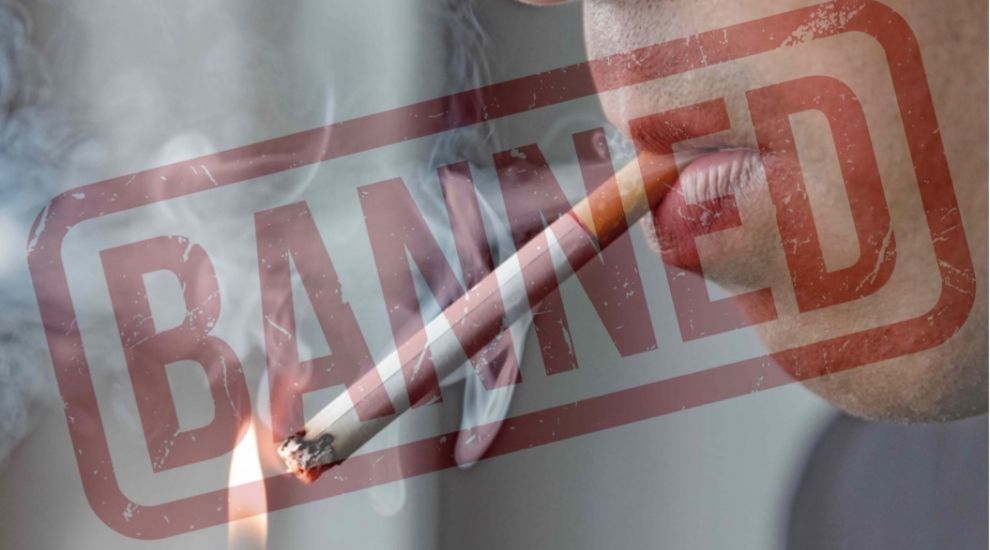 A local Deputy is seeking support for a possible push to ban the sale of cigarettes on the island.

Deputy Montfort Tadier believes that successive tobacco duty rises have not done enough to discourage smoking, which has a harmful effect on both islanders’ health and the environment and that the island should therefore look to phase out the sale of cigarettes.

While Deputy Tadier believes that islanders should have the freedom to smoke if they choose, he does not believe anyone should be able to profit off the sale of harmful tobacco products.

“How do you justify the commercialisation of cigarettes?… You wouldn’t be able to justify selling someone a can of battery acid to drink, it would kill them,” he said.

Just to clarify, you don’t have to ban cigarettes. Just the sale of cigarettes. Why do we allow people to sell and profit from a product which is so fundamentally harmful?

The Reform Deputy, who stressed that he was speaking in a personal capacity rather than on behalf of his party, said that it was also for this reason that he objects to continually raising tobacco duty and using it as a “fixed income the Treasury can rely on.”

Ideally, Deputy Tadier wants to see a gradual ban introduced on the sale of cigarettes, with a “three-year plan put in place outlining that by such a date cigarettes will not be sold.”

If he can get the support, he said that he would be willing to bring forward a proposition to the States Assembly.

He was prompted to speak out after Deputy Max Andrews brought forward a proposal to push tobacco duty even higher than currently planned by Ministers, in a move which, if supported in next month’s Government Plan debate, would generate an extra £456,000 for the public purse.

Responding to a tweet on the matter from Deputy Tadier, campaign group ‘End Cannabis Prohibition Jersey’ responded: “Rather than focusing on prohibition, maybe we should look to improve assistance for people to quit?”

Another islander tweeted that “prohibition doesn't work”, supported by another who said a ban on sales “would just create a black market for tobacco.”

Deputy Moz Scott responded by sharing the example of the Kingdom of Bhutan, where tobacco use was reported to have increased in the 10 years since a ban was introduced since 2004.

There were 140 deaths of adults aged 35 or over in Jersey in 2020 from conditions attributable to smoking, according to the latest Government ‘Smoking Profile’ report. This represented nearly one in five deaths amongst those aged over 35. 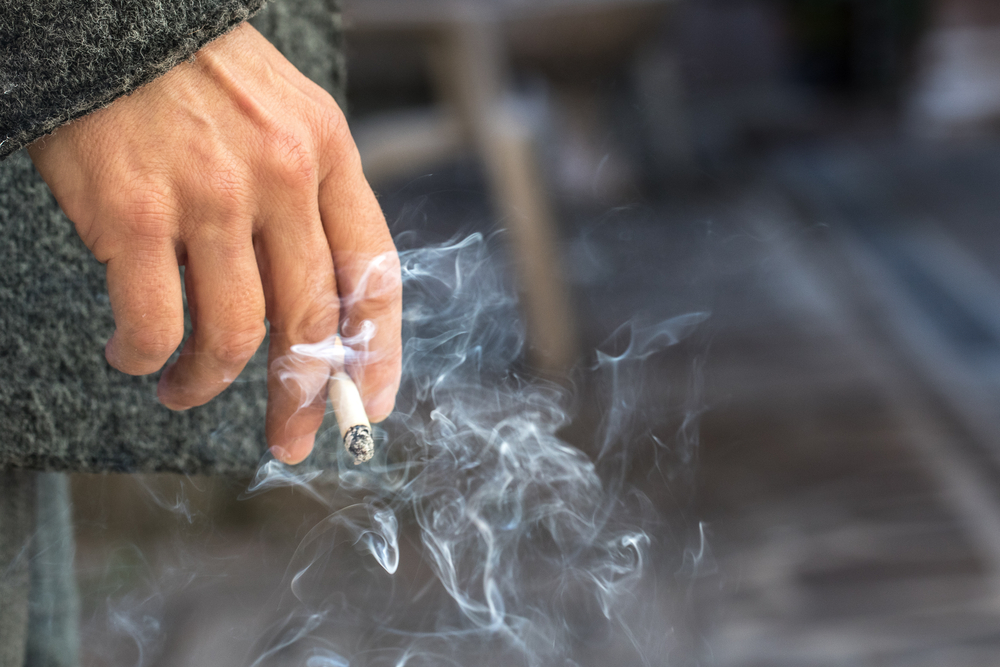 Pictured: There were 140 deaths of adults aged 35 or over in Jersey in 2020 from conditions attributable to smoking.

Asked whether he would support a ban, Jersey’s Director of Public Health, Professor Peter Bradley, said that he was “hopeful” that the actions currently being taken to discourage smoking locally “will work towards a generation of non-smokers.”

“We know tobacco smoking continues to have a significant impact on the health of islanders and remains the biggest cause of preventable deaths,” Professor Bradley said.

“Earlier this year, packaging on cigarettes were standardised which included removing branding and having bigger warning pictures and Help2Quit information, lessening the attractiveness of the packaging to smokers.

“Since 2017, other preventative actions have included increasing the cost of tobacco by 5% over inflation year on year and the cost of rolling tobacco by 10%.”

‘Smoking bans’ around the world:

The Kingdom of Bhutan infamously banned the sale, promotion and distribution of tobacco products in 2004.

New Zealand recently implemented its own smoking ban, with anyone being born after 2009 being completely barred from purchasing cigarettes. 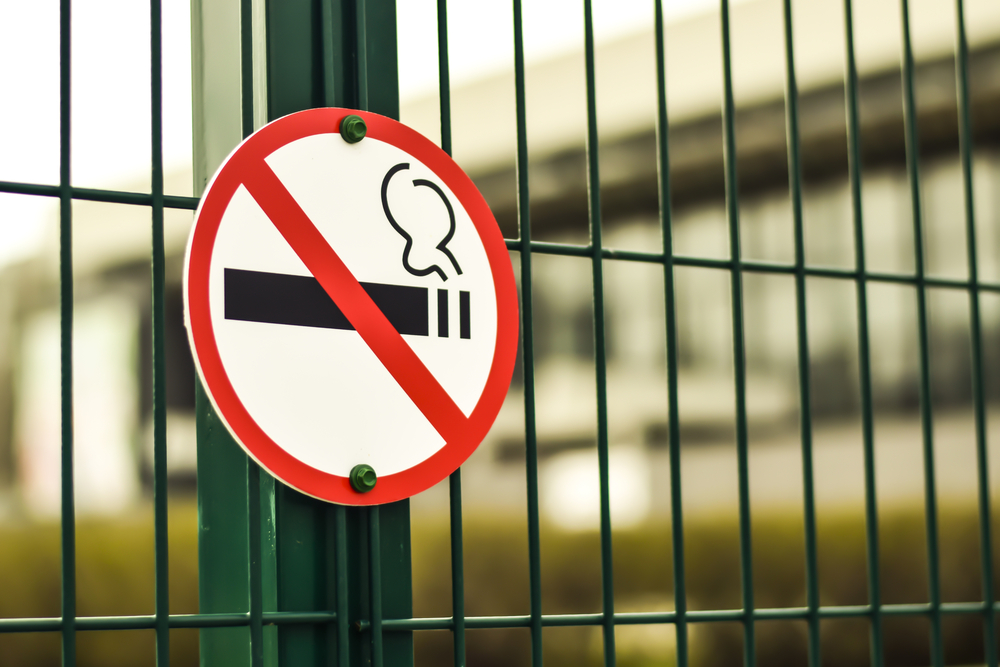 Pictured: Anti-smoking measures in New Zealand and Bhutan and have drawn mixed reactions.

The New Zealand Government said it aims to produce the worlds first “smoke-free generation”. However, in light of the Bhutan experience, the country's Green Party is concerned that the legislation will create a black market for tobacco products.

The Action on Smoking and Health group, a UK autonomous anti-smoking group, commented on the New Zealand ban: “The New Zealand measures may not all be right for us, but we do need strong regulation and proper funding of services if we’re to, in the government’s words, ‘make smoking obsolete’."

Support for islanders wishing to stop smoking can be found in the form of the Help2Quit service, which you can learn more about HERE.

Posted by Martin on Nov 24th, 2022
Banning the sale of cigarettes = NOT a bad idea but it will all be over in a "puff" as too much revenue is gleaned from sales.
Posted by Keith Marsh on Nov 24th, 2022
I hate Scotch, so it is bad for everyone, so let's ban it.
Are we really getting to that Nanny state ?
Posted by Sheila Young on Nov 25th, 2022
Are we living in a Dictatorship now? Banning cigarettes will only create a black market for cigarettes and tobacco products. Alcohol is also bad for you is that getting banned as well. Car emissions are also very harmful maybe everyone should be made to buy electric cars. Smokers have already been driven out onto the streets to smoke, leave them alone.
To place a comment please login Login »

Dad savages litterbugs after picking up "over 5,000 cigarette butts"