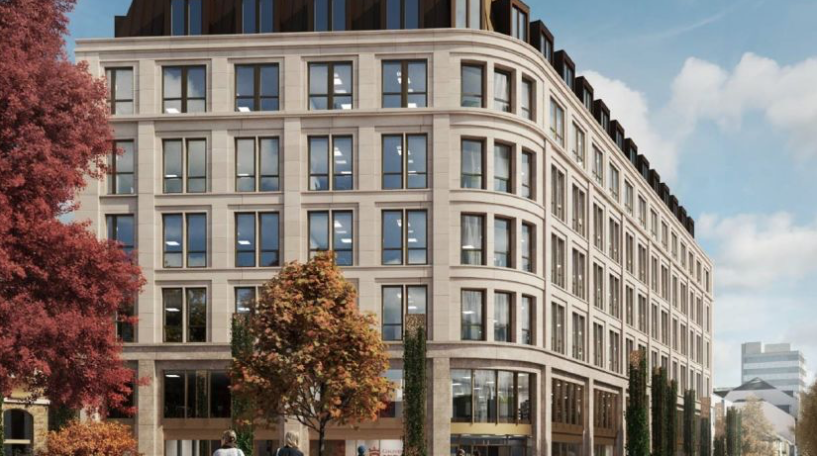 Plans for the new Government headquarters have been published - which reveal a basement gym, spa, pool and a rooftop ‘champagne bar.'

The £90m block, which will be built on the site of the now-empty and soon-to-be-demolished Cyril Le Marquand House, will be leased back by owner / developer Dandara to the Government for up to 99 years, with the Government having the option to buy it after three.

However, as the building will be exclusively used by the Government, it is having oversight of the design process and can dictate what goes in it.

It is understood that the plans were signed off by Government CEO Charlie Parker on his final day in office two weeks ago.

The building will meet the highest environmental standards, with its heating system powered by the hot air captured during meetings.

The size of the politicians’ meeting room is yet to be determined and will be based on the number of Ministers and Assistant Ministers who have not faced some form of investigation in the past six months. A small cupboard under the stairs is earmarked for this.

The roof will also contain a number of solar ‘scrutiny’ panels, although there is significant concern that these expensive structures have little value, as currently designed.

A Government spokesperson, April Follain, said: “As an expert in real estate, Mr Parker made sure that the building will meet all of our requirements going forward.

“In keeping with the ethos of Government, it will be big, expensive and no longer belong to the people of Jersey.”

Posted by The old git Git on Apr 1st, 2021
Brilliant write up ha ha
Posted by The old git Git on Apr 1st, 2021
It's almost believable and wouldn't put it past the powers that be.
Posted by John Henwood on Apr 1st, 2021
What's wrong with that? It's well know we all work best on an early morning workout in the gym followed by 20 lengths of the pool (though sea swimming is more therapeutic); a quick cold plunge then a hot shower and a half of bottle of Bolly. Been doing it for years.
Posted by nigel pearce on Apr 1st, 2021
Difficult to know wether this is the April Fool spiff or not. I wouldn’t put anything past our lot.
What has never been explained, is why Cyril Le Marquand House was vacated in the first place. Was it not luxurious enough for the civil servants or did our government just happen to have the odd £100 million spare?
Posted by john garner on Apr 1st, 2021
Dont give them ideas
Posted by SteveRead95 on Apr 1st, 2021
Excellent piece of investigative journalism ????
Posted by Keith Marsh on Apr 1st, 2021
When they read this, gives me the shivers.
Posted by Denise Shrives on Apr 2nd, 2021
Thank you for making me laugh out loud - hope it is a April fool ! Don't let them see the article PLEASE !!!
To place a comment please login Login »