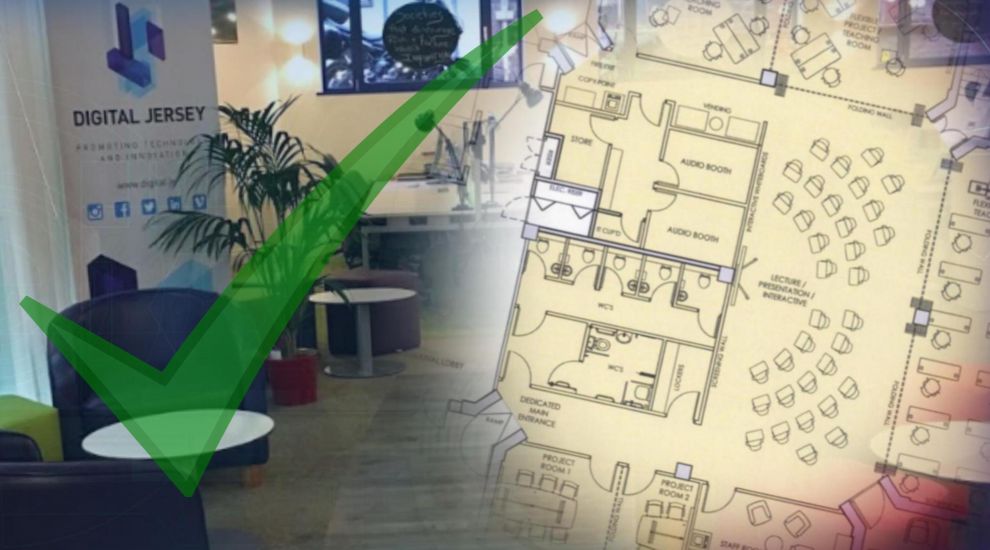 A town-based 'Digital Skills Academy' is set to open in time for the new school year in September, after plans were given the green light.

The Academy will be set across one of the three floors Digital Jersey is expanding into. One of those will be the existing Hub, which is to be refurbished and will include additional meeting rooms and event space, another will be the Academy, and the third will be an office space with a mixture of open plan seating, and private office space for digital businesses. This will bring the number of desk spaces for digital businesses from 28 to around 75. 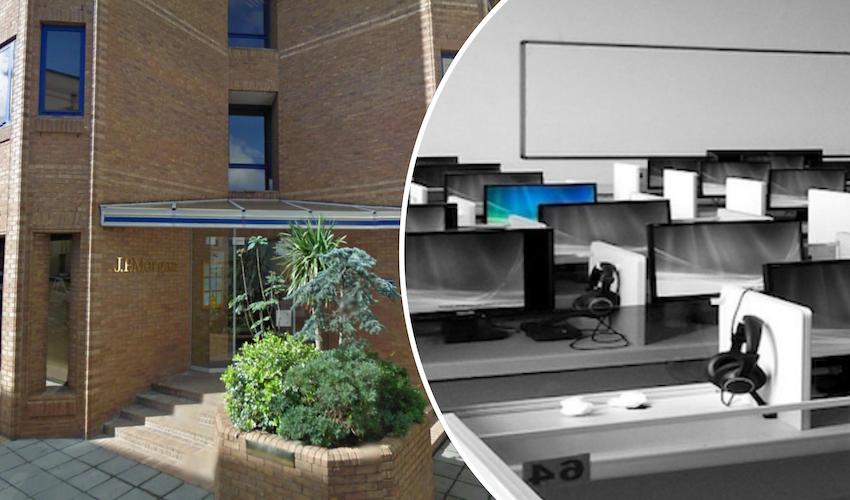 Pictured: The Digital Skills Academy will take over the building next to the Digital Hub.

The Academy floor itself will include classrooms for teaching, as well as permanent desks and offices.

Designed by Axis Mason, the space is meant to be entirely flexible with a number of folding walls to allow teaching to be done in classrooms, as well as larger open plan areas for group working, presentations and tutorials.

Digital Jersey CEO Tony Moretta said that the first-floor hub expansion should be completed by the end of May while the work on the ground floor will commence once JP Morgan has moved out.

He said that the Digital Jersey’s team is currently “finalising the cosmetic” of the projects and that all will be ready in September for the next academic year. 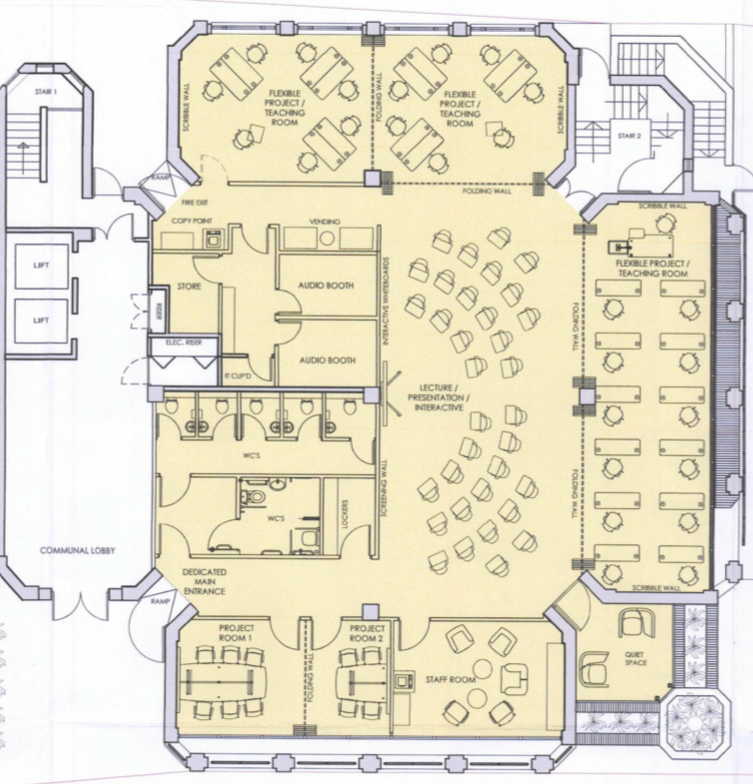 Pictured: The ground floor of the Academy was designed to be entirely flexible.

“We will have a number of people doing full time academy courses, the offers have now gone out,” he added.

Mr Moretta said that Highlands as well as other teaching organisations will also provide teaching courses at the academy and that the facility will also offer night courses and evening classes.

“We will have courses for digital creatives, coding and marketing. Since digital marketing now also includes other aspects, the facilities will also include studio for sound and production, as well as screens.”

Excited to announce a #DigitalSkills Academy & expanded Digital Jersey Hub will be developed in 2019!

"The launch of the Digital Skills Academy marks a step-change in our work, and is a testament to the growth of the Island’s #digitalsector" @TonyMoretta https://t.co/OhZv8wJzTJ pic.twitter.com/DPGlol4Xwf

He said he hopes that the Academy will not only help foster new skills in the island, but also give future digital businesses a place to start - something the increased desk space should help with.

The Government last year pledged £1.7million for the project, around six months after Digital Jersey first announced its intentions for a Digital Skills Academy.