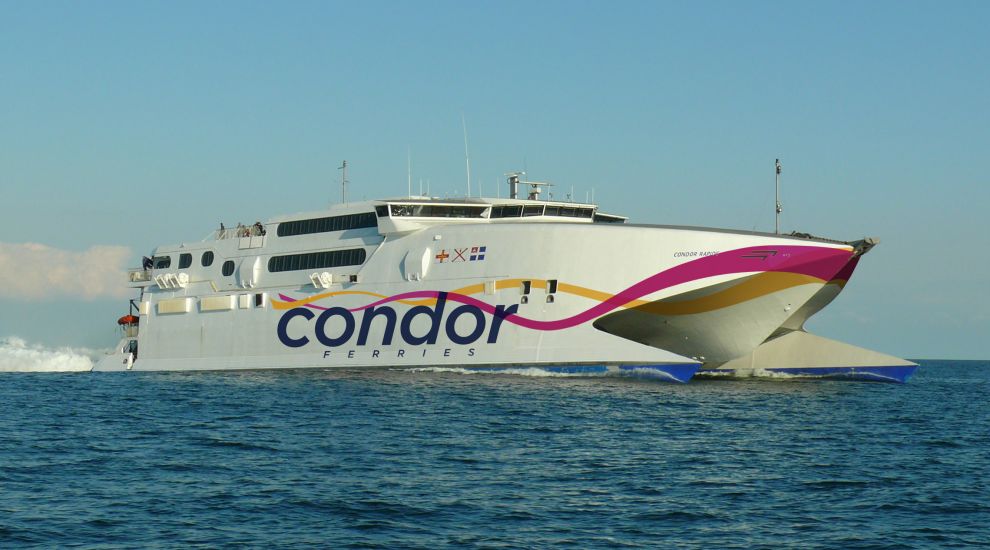 Condor Ferries has cancelled tonight's and tomorrow morning's sailings to St. Malo as the Rapide, which was due to return to service after maintenance, has fallen victim to a software issue in the engine management system.

The Rapide initially went into dry dock in Falmouth for routine maintenance in January and was due to be back in action on 8 February.

On the date the vessel was due to sail back to France, and ahead of a busy weekend with the start of half-term, the ferry provider announced work was still ongoing because it was taking longer than anticipated.

Paul Luxon, Condor’s CEO, said a combination of factors was providing a challenge in operating a normal service over the weekend. He added: "It is unfortunately a perfect storm as the stevedores’ strikes in St Malo in early January prior to the start of dry dock delayed Rapide’s original departure to Falmouth by three days and last weekend the poor weather meant we were unable to re-float her for commissioning as planned."

It was then announced she would be out of dry dock on 14 February and would position back to St. Malo, where she is based, in time to restart operations on 15 February. That return was further pushed back today with Condor issuing a statement explaining that additional maintenance had been completed in dock, and again,  adverse weather in the English Channel were the causes.

The Rapide left Falmouth early this morning but returned shortly after to the port due to an issue with the engine management software. Condor hoped to operate a delayed schedule later today but eventually had to cancel the sailings. They also canceled the morning service from and to St. Malo tomorrow. It is hoped the afternoon sailings will not be affected.

A statement form Condor said: "The delayed arrival of Rapide has presented challenges over the past week but the company will transport all passengers to their destinations over the next 24 hours. The extended maintenance work required to Rapide whilst in dry dock has been unprecedented and the inconvenience caused by her late return is regrettable. We are utilising our other ships in the fleet to cover and although delayed, everyone will reach where they have booked by tomorrow afternoon.

"The engine management software fault discovered this morning on Rapide has been rectified and she will re-position to St Malo from Falmouth this evening in time to re-commence the St Malo to Guernsey service on Saturday."

Condor is sending the Commodore Clipper on a St Malo round trip this evening. It will leaving Jersey at 20:30, arriving in St Malo at midnight and returning to Jersey at 08:30 tomorrow morning. As a result passengers due to travel to Portsmouth tonight will instead be leaving Jersey tomorrow morning at 10:30 and reach the south coast port at 19:00.

The company is also putting on an additional direct service from St. Malo to Guernsey tomorrow, departing at 11:30 and arriving at 12:25, with the return journey leaving at 13:00 and reaching St Malo at 16:00.

Condor revealed last summer that they would begin the process of designing a new replacement vessel for the Rapide this year. A spokesperson for the ferry company said: "We have not started the work to replace Condor Rapide but this process will start in 2018. We will look at the design, specification and requirements of a new vessel based on a whole number of factors and when this has been completed, the ship will be built. As mentioned, she would enter service and replace Rapide in 2021."

Two local business leaders join the board of Condor Ferries