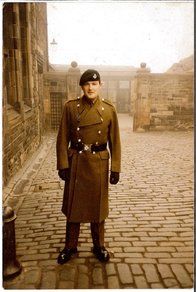 Can you help the police solve a case of some missing pictures?

This photo is one of seven which were handed in this summer by a visitor to the Island who had found them in the "gardeners" car park at Howard Davis park.

The photos, which were found the day before Tom Jones took to the stage in the park, are mainly of soldiers and the Police say one of them has the wording "Edinburgh castle guard Feb-March 1985" written on the back.

The police have had them in their Lost and Found department since early August and no-one has phoned to claim them but they say they didn't want to destroy them in case they have sentimental value.

They posted this photo on social media in the hope that someone would recognise it. Postings on Facebook suggest he may be one of the Light Infantry.

If this photo belongs to you, you can claim it by calling the Police Property Store on 612305.