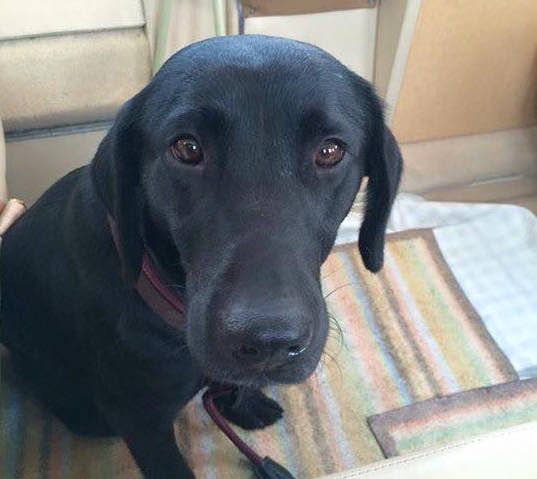 A black Labrador that disappeared on Saturday is still missing despite attempts from well wishers to find her and a Facebook hunt that's gone viral.

Pen, a two- year-old Labrador Retriever, slipped her collar and ran away from her owners whilst walking near The Atlantic Hotel.

She had only been in Jersey for one day, and is not familiar with the Island, or with the local area.

Pen’s owner - who didn't want to be named - said: “It’s awful. She’s still lost and we’re still looking for her. She was last seen on Tuesday afternoon. She had only been here for one day so doesn’t know her way about. She will be totally lost.

“People have been incredibly helpful by sharing the posts on facebook and looking out for her. Pen is incredibly nervous and won’t approach people – she may even run in the other direction. She’s an incredibly gentle, timid dog.”

Pen was last sighted on Tuesday near Les Creux, and has been spotted near the Poplars, the prison and near Beauport Road by La Moye.

Posts about Pen’s whereabouts on the Jersey Dog Forum Page on facebook have been shared over 1,200 times. Dozens of local dog walkers and other concerned residents have been looking for her all week.

The owners have now set up a food trap close to La Moye Manor, hoping to tempt the no-doubt now hungry dog.  They have warned other dog owners to be aware if their dog is loose nearby, and to lift the metal flap to release their own dog if it gets stuck.

Stray or lost dogs should be reported to the duty Centenier of the parish where they are lost of found.

Posted by June OKeeffe on Nov 20th, 2015
oh no check the cliffs
To place a comment please login Login »

A Jersey holiday for dogs... in Bedfordshire