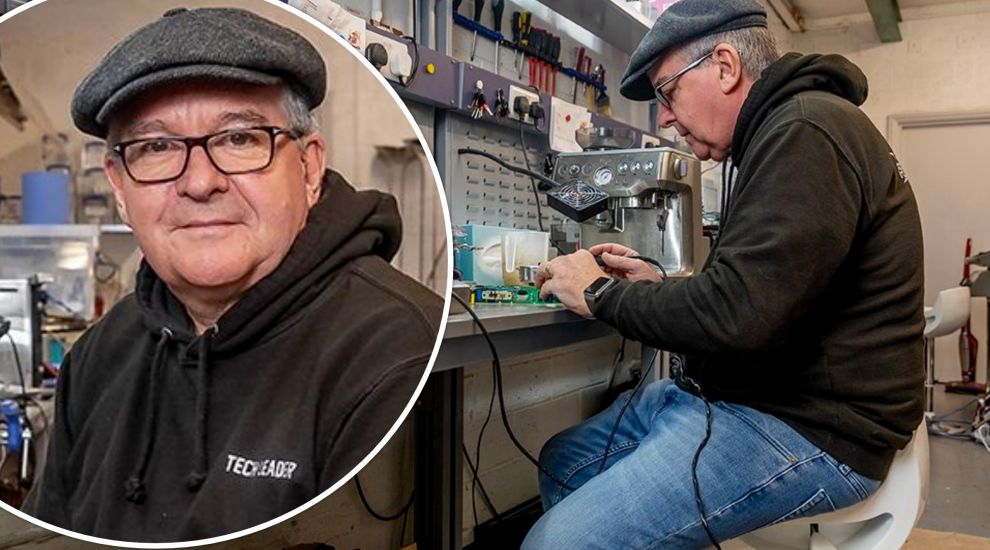 After a potential flurry of not-so-necessary gifts at Christmas, some may be wondering what they can do to play a meaningful part in cutting waste and using our resources more responsibly in the new year.

In Jersey, Nigel Crespel has been playing his part by repairing faulty electrical appliances for years, but even he didn’t see the full potential for what he was doing until he opened the Repair Shop.

Inspired by the popular TV show, it would seem islanders have finally switched on to the fact that it’s worth trying to get something fixed, rather than just taking it to the dump and buying new.

Express went to find out how Nigel is helping us slowly, but surely, fix our ‘throw away’ culture...

In his workshop overlooking the English Harbour, Nigel is busy re-calibrating a coffee maker.

It’s one of several similar machines that he’s been given to repair, and while he speaks to Express, another machine is brought in for his attention. That’s all quite normal. 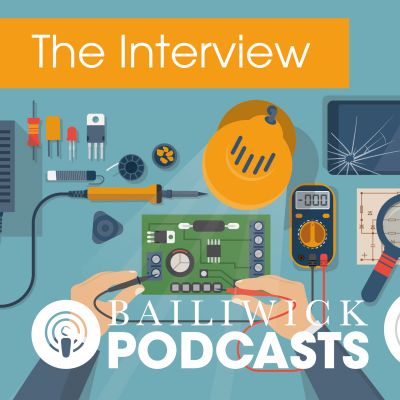 CLICK TO LISTEN: Nigel is this week's interviewee on the Bailiwick Pod.

“Sometimes I get emailed or I get a phone call, but people literally just turn up at the door. It can be anything,” he says, pointing towards a jukebox that takes up a large space along a wall.

"That jukebox there used to be at Les Arches. I have completely stripped it out, found out what was wrong with it, repaired it and carried out a few modifications so you don’t need to put coins in.”

It’s one of two jukeboxes currently in the shop along with a handmade toy carousel which Nigel is patiently restoring.

“I’m now rebuilding the framework because it’s quite delicate. I’ve stripped out all the mechanism and I’m about to put in a new motor, but I’ve got to find out a way of fitting it in because it’s quite big. The old one was much smaller, but it didn’t have the power to run it properly.”

These are typical of the repairs he does. As Nigel describes what he’s doing, it’s like watching a segment from the similarly named BBC One show.

The carousel was available to buy in kit form in 1976, a time when children built things out of Meccano. Luckily, he was given a copy of the plans, because it’s unlikely they exist on the internet. 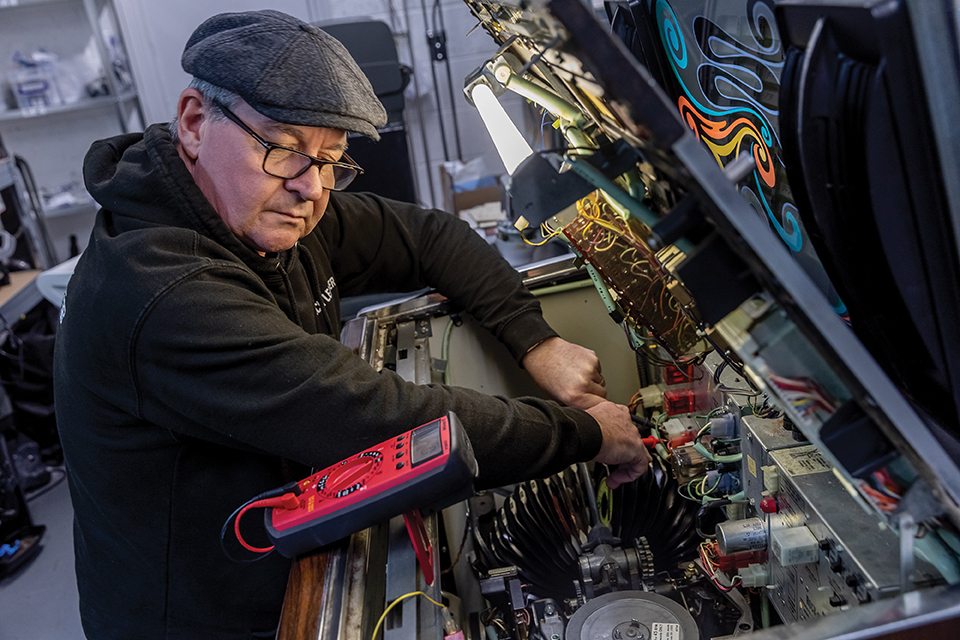 Pictured: "Bits and pieces started to come in and it started to get to the point where I couldn’t actually move in a double garage.” (Gary Grimshaw)

Nigel has always loved repairing or making things. His other job is at Jersey College for Girls, where he is the AVA and ICT Technician. He has also been a service agent for several well-known electrical brands and ran a repair business from his garage.

“People would ring me up and ask whether I did this or did that. I said I could, and I had a few vacuum cleaners and then I had a Bakelite radio with valves and then a few amplifiers. Bits and pieces started to come in and it started to get to the point where I couldn’t actually move in a double garage.”

Pointing to racks of boxes containing electrical components, he adds: “I had all of this in a double garage, and I couldn't move. I was falling over everything and if I wanted to get to something I had to move it all. This place came up in February and I came and had a look at it.”

The premises are narrow, but there is plenty of room for all the equipment he needs, plus the dozens and dozens of items that have been repaired, or are waiting for Nigel’s attention. He’s usually only in the repair shop a couple of days a week and despite only advertising for a limited period, he’s been inundated with items needing repair.

“I started doing it when I first opened every week, but I couldn’t cope with the amount of stuff coming through, so I had to stop advertising. Just today, I have had eight things in and that’s without advertising. It’s just word of mouth.”

The interview is put on pause again as another appliance comes in and Nigel talks to a potential customer about repaired, or refurbished, coffee machines that he has in stock. Some items are brand new but have come to him from retailers due to minor faults. 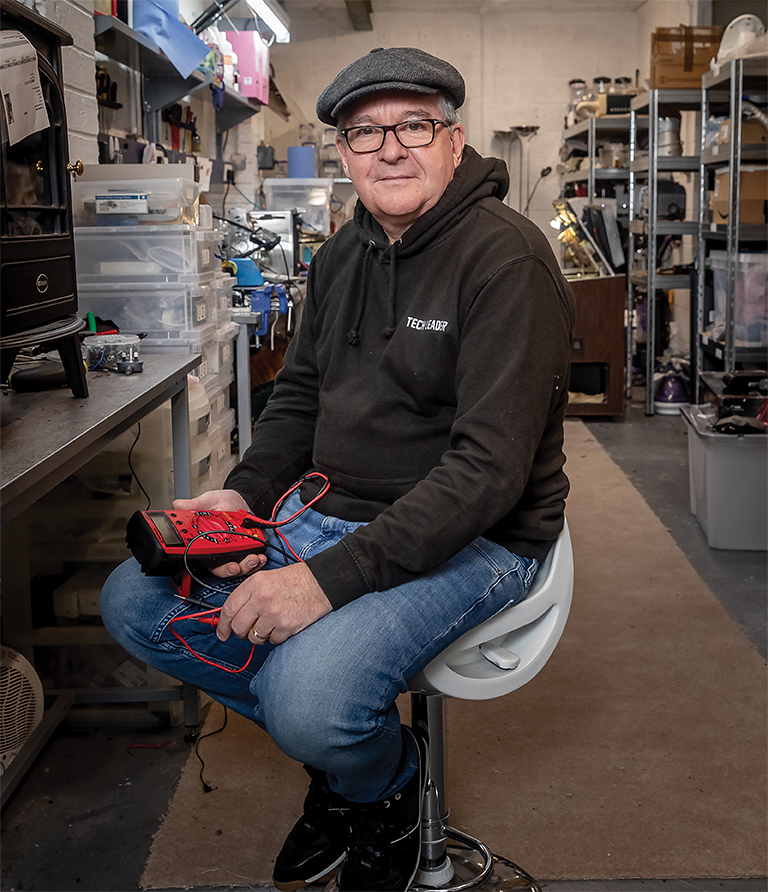 Pictured: "It never stops. I can clear the workshop and get everything done and then another ten walk in through the door. It’s like a hungry bear.” (Gary Grimshaw)

It’s just Nigel who repairs everything. A colleague comes in to help with the administration, but he alone works on the items themselves.

The conversation switches towards sustainability, and whether we are still driven by our entrenched consumer habits as Christmas approaches. Instead of chasing Black Friday deals or replacing a faulty appliance with something brand new, will we ever stop and question whether we really need all this extra stuff which we’re only going to throw away one day?

“I think that is going to take a long time to dissolve,” says Nigel.

“Things will speed up now because COP26 has been on national TV every night. It was interesting that they mentioned electrics, and the repairability of it, and the fact we throw away tons and tons of the stuff every year. Not just here, but all over the world. I think governments everywhere, and especially in Jersey, need to wake up to that because we don’t recycle. We don’t recycle at all. What we do here is pathetic, it really is.”

But we do have numerous recycling facilities dotted around the island, and there’s the recycling centre at La Collette...

"Our government needs to wake up.”

Nigel is deeply passionate about it, and it is perhaps ironic that so many of the items destined for that facility are driven past the door of the Repair Shop. Nigel appears frustrated. It’s not just that our recycling efforts, as he sees it, are half-hearted. There’s also not enough time to meet the demand that he is seeing every day.

“I really enjoy this, but I get frustrated when you’ve got a plan in your mind, and you come in and you’ve got a flood.”

That happened the day Express was due to meet Nigel, with damage caused to stocks of electrical components needed for repairs.

“Today I had 10 phone calls on the answerphone and emails to deal with. All of those are a benefit, of course, but it’s just time consuming.” It means less time to devote to that intricate restoration of the toy carousel. 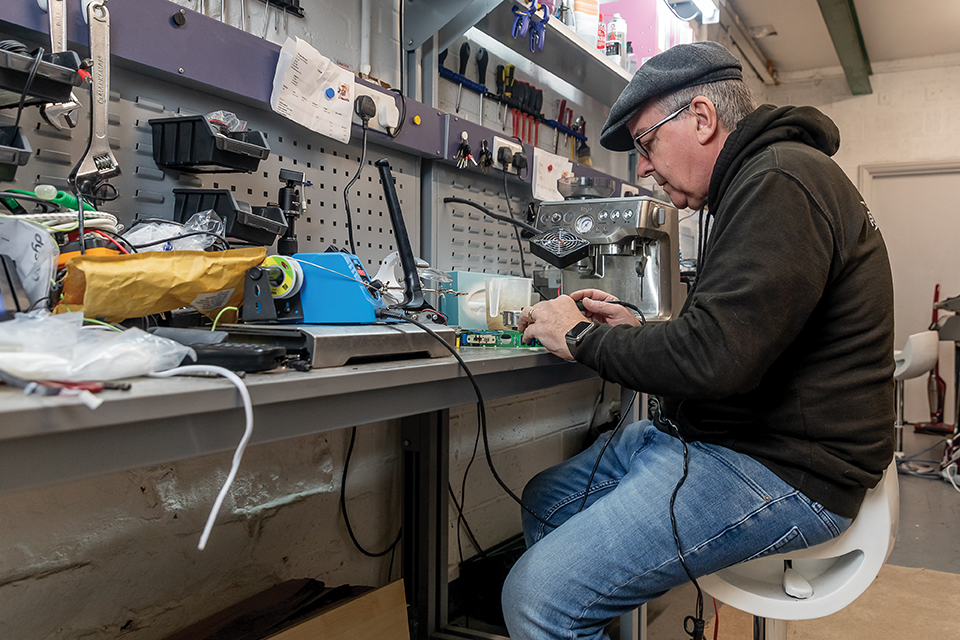 Pictured: "Our government needs to wake up." (Gary Grimshaw)

There are plans to take the Repair Shop concept further. We’ve heard about the various schemes that help people into employment and Nigel sees those as having the potential to supply what he needs to move forward.

“My plan is to use the States of Jersey scheme to get an apprentice. They pay the first six months or so, and I can train someone to do the basic stuff initially, and then maybe start introducing more advance repairs. I could do that again in a year's time, and again after that, so that I’ve got a crew of people. It means I’ll be able to expand and get a bigger premises,” he smiles.

“I could be in here full-time. I’m in here all-day Friday, all-day Saturday and a lot of Sundays and in the evenings because that's the only way I can keep up with it. Four days of the week, I’m not here. It never stops.

"I can clear the workshop and get everything done and then another 10 walk in through the door. It’s like a hungry bear.”

This article first appeared in the Dec/Jan edition of Connect magazine, which you can read HERE.

As many islanders looking to green-ify their habits in 2022, Express spoke to Nigel in further depth about fixing throwaway culture...

Getting fixed for the new year