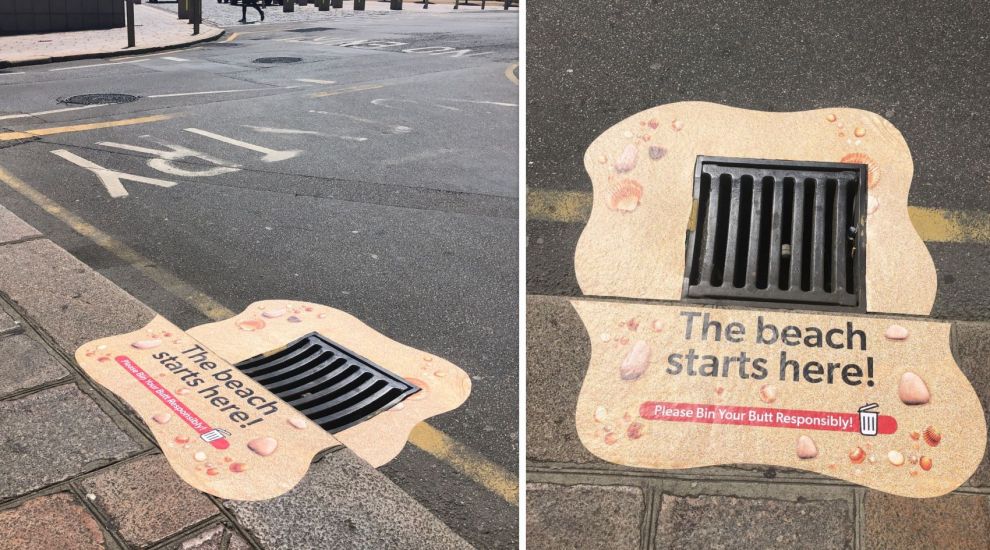 St. Helier's 'No More Butts!' campaign is being launched today to stop the Parish's streets from being used as an ashtray after officials noticed a rise in the number or cigarette butts being dropped on pavements and in the drains.

Used cigarette filters contain toxins that can leek into the ground and waterways, damaging living organisms that come into contact with them. Most filters are discarded with bits of tobacco still attached to them, further polluting the environment with nicotine, which is poisonous.

It takes around 12 years for the paper elements of a cigarette butt to break down, and the filter, made of a type of plastic, takes even longer.

As part of the new campaign, messages will be temporarily attached to some of the drains in St. Helier to increase awareness of where cigarette butts end up when they are not disposed of responsibly.

Both the St. Helier Honorary Police and the States of Jersey Police have been asked to help get the message across to smokers that discarding cigarette litter is unacceptable and could lead to a fine. 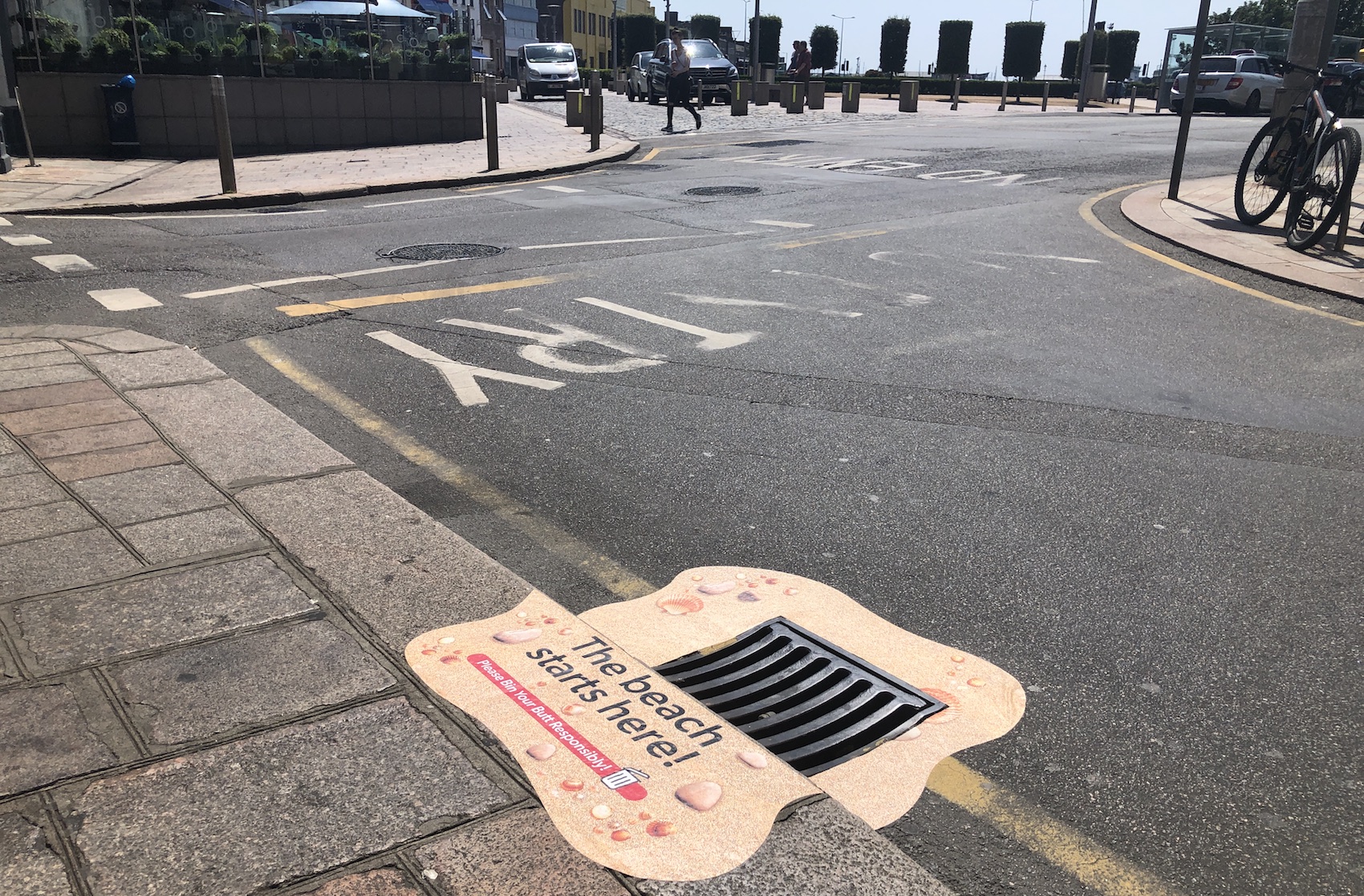 Pictured: An example of the new drain art.

However, according to information released following a request under the Freedom of Information Law last year, there were no fines issued relating to the littering of cigarettes between 2010 and 2020.

The Parish has been fighting the issue for several years. In 2018, they started offering smokers free pouches in a bid to make them bag their butts and keep the town centre clean.

A local dad also aimed to raise awareness of the issue in 2019 after spending three hours removing thousands of cigarette butts from a green space used by children.

Video: Some of the cigarette butts found by the father, Cameron Elliott, at Les Jardins de la Mer.

“Despite a decrease in the number of people who choose to smoke, and the many litter bins and ashtrays provided to smokers, we are still seeing far too many cigarette ends and other litter associated with smoking," St. Helier Constable Simon Crowcroft said.

"Not only does this cause environmental damage, but it also adds to the rates bills of St. Helier parishioners.

"I am hoping that this new campaign will help reduce the problem, but I suspect that it will take some enforcement by our police forces before those who discard their cigarette butts thoughtlessly cease doing so.”

Posted by SimonBevens28 on Jul 21st, 2021
Smokers are inherently selfish and since there is no enforcement, they will continue to throw their filthy leavings everywhere.
Posted by nigel pearce on Jul 21st, 2021
Banning smoking in public within the ring road would be a start.
There should be smoking rooms available for smokers in suitable places within the town centre. These wouldn’t need to be more than a simple room with no frills other than seats (benches) and somewhere to dispose of the cigarette ends. They wouldn’t need to be grandiose permanent constructions.
To place a comment please login Login »